This was a first for us.  In the past we have sailed on segments of World Voyages, but never the whole thing.

We knew that World Voyage Dinners happened and there was always a mystery about when and where the Dinner might be.  The obvious place appeared to me to be San Francisco, where the ship was staying overnight.  But it was eventually announced that it was to be in Honolulu on 25 March. 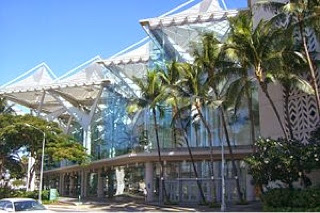 It was a formal black tie affair and Mrs Smith decided that the white tux had to be worn. But what about me? What was I to wear? 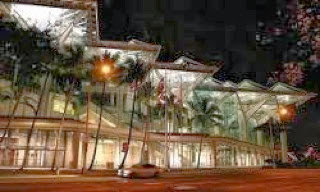 A coach with a lift took us on the short journey to the Hawaii Convention Centre and we were led up to a vast terrace for drinks and canapes. There were more than 600 of us.  Soon a group of young girls started to sing and dance for us and the wine flowed. 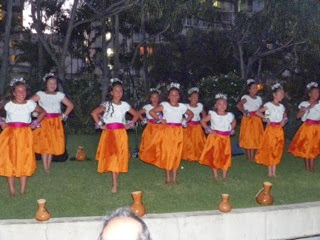 We then moved into a vast hall laid out beautifully with tables for ten. 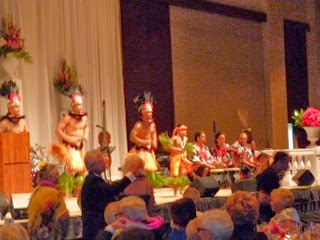 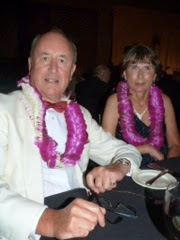 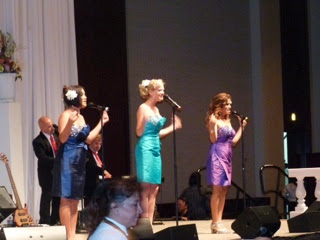 The meal was excellent with an abundance of wine and while we ate we were entertained by an orchestra and a number of female singers. It was a wonderful evening and we left in the final coach.
Aboard that coach were a number of the officers who had attended the Dinner, including our World Voyage Concierge, Alice McKay, an amazingly efficient young lady.  And very pretty too!  She looks after the 600 or so World Voyagers every day in the Chart Room showing enormous patience and kindness. 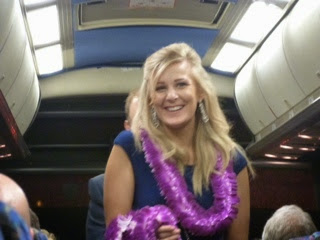 By the time the driver had emptied the coach and operated the lift Jane and I were the last of the partygoers to board the ship. Some of our chums on board cheered us from the upper decks!
The gangway was hauled in and the ship set sail for San Francisco within minutes.
Share: