Founder of The Byrds.  Lead guitarist.  Lead vocalist.  Mr Tambourine Man.  Roger McGuinn is the celebrity speaker for this segment and he boarded QV in Honolulu. 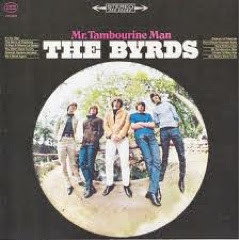 He has given 2 presentations so far and there are more to come.  The theatre is packed every time he performs. He is an exceptional performer – a brilliant musician who appears to be an extraordinary person. 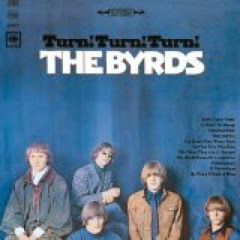 When we arrive in the theatre Roger is sitting on stage quietly strumming his 12 string Rickenbacker guitar, with his laptop on a small table alongside him. 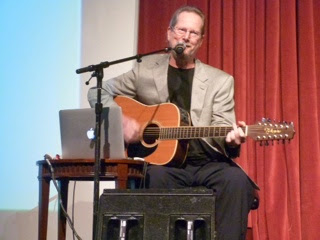 He is clearly highly computer literate and that becomes evident, not only in the professional way he presents, but as a result of things others say about him.  He has numerous clips of original Byrds performances, recordings and chat show appearances which he deftly plays on the big screen.  There are plenty of sound and vision experts employed in the theatre but Roger doesn’t need them. 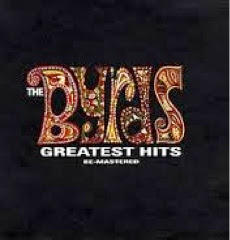 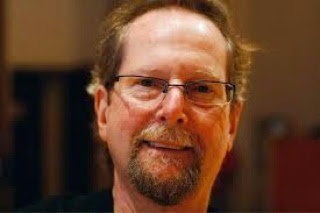 Yesterday he put up a picture of his van and one of his musician chums said that it was packed with so much technology that Roger could run the US Space programme from it.  In a Q&A session today when asked about his hobbies he said that he loved gadgets.  He also revealed that he loves being at sea.  Cunard love him too! 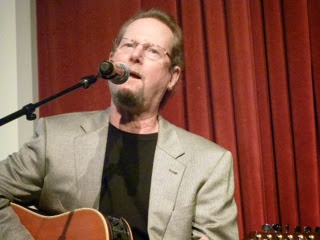 I was a big fan of the Byrds in the sixties and bought all their albums and when I first met Roger McGuinn on Queen Elizabeth, I realised that I had a vast number of the Byrds’ tracks on my iPod.  They are still there.
Roger today revealed that he and his wife Camilla will celebrate their 36th wedding anniversary on 31 March when we arrive in San Francisco – as he said ‘not bad for a rock star’!
Tomorrow he is talking about his love of Sea Shanties.  He has done a great deal to revive the songs and the lyrics, in the same way that he has promoted folk singing.  I think he would now prefer to be known as a folk singer, rather than a rock star! 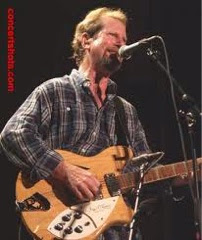 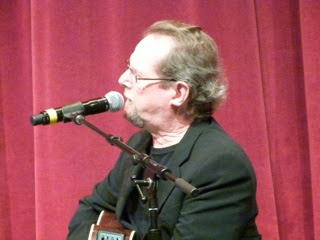