What is going on? There is a water shortage in California.  There are financial penalties if you live here and use too much water but from the moment that we sailed under the Golden Gate at 0515 on Monday morning it has rained almost continuously!

On Monday during a massive storm one of Queen Victoria’s mooring ropes snapped.  As a result one of the gangways shifted and fell into the water.  No one was hurt because people were either sheltering from the rain in the terminal building or on the ship.
We were not there at the time, because Maggie O’Connell had collected us from outside Pier 35 at 1030 in her brand new black Range Rover and we sped off to meet up with her younger son, Dan at a Starbucks near his office. Dan spent 9 years with Google and was headhunted to AdRoll where he heads up a team of 100. 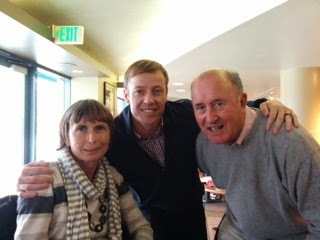 Dan was in great form.

His wife Jackie has also recently moved to AdRoll from Twitter.  She is their senior director of marketing. 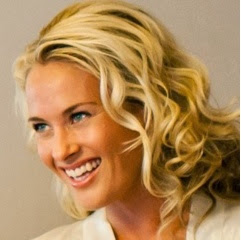 Then it was off to Maggie’s new home in Danville, about an hour out of the city. After Mike died last year, Maggie decided to sell their home in Pierce Road, Saratoga where they had lived for 25+ years to be nearer elder son Simon.  He is a District Attorney, is my godson, and is married to Missy. They have 3 young children.  Missy lectures in Law at Santa Clara University and represents jailed convicts who have always protested their innocence and where DNA might clear them – pro bono work.
Maggie has been in her new house for 6 weeks.  It is larger than the one she has just sold and is on the same development as Simon and Missy’s house. It is a lovely home and Maggie has an instinctive ability to design and equip the rooms and decor beautifully.
After some shopping, we met up with Simon and Missy and her mother, Trish and the children for an early supper.  After a few beers we dropped Simon off at his house and for reasons that I cannot now recall, he presented me with a bottle of Lagavulin! 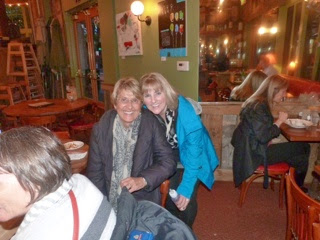 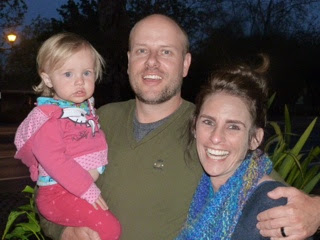 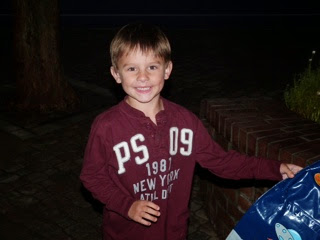 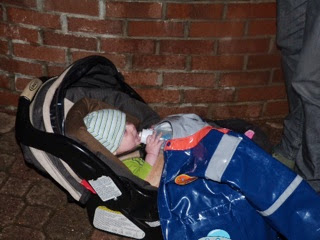 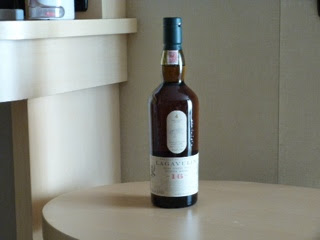 Maggies home we were soon in bed exhausted.  In the morning we explored Danville after a cooked breakfast and then headed for an Apple store.
Jane has had problems on the ship with her Mac and the iStudy man Adam had been unable to sort it out. Apple came up trumps and resolved the problem after an intervention by Lisa (I said I would mention her name!)
We then drove to the city. Maggie is an excellent tour guide and took us along Marina Drive past the magnificent homes, one of which we will be buying after we have collected our Lotto cheque.
Then we crossed the Golden Gate Bridge and climbed the hill above Sausalito to the new viewing sites there.  The bridge sits below, but the rain was so heavy at that stage that it was not possible to take a decent photo. 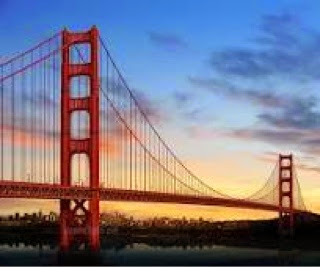