It’s a long way – 2800 nautical miles and we are taking 6 days to get there.  The weather has improved dramatically so that the last 3 days have been perfect with temperatures in the mid to high eighties and the only wind being that created by the ship. Today there is no swell at all. 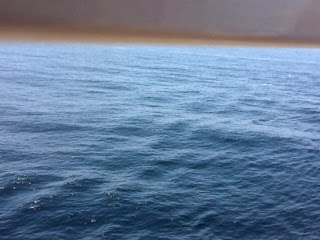 We have tracked courses parallel to the coast, initially down past Salinas and Monterey and then LA. We were some way away but thought of Nick Brewer’s son Tim and family in LA and the old Queen Mary in Long Beach where Nick was last year. 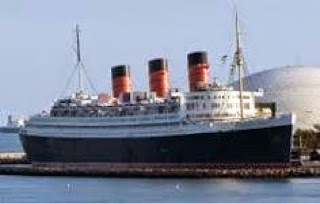 We are usually between 10 and 20 miles from the coast.  San Diego was next, which reminds me that we have just bumped into Tom and Kathy Whelan who boarded the ship in SF.  We first met them on the Maiden Voyage of Queen Mary 2 in 2004. Tom is the Federal Judge in San Diego – he used to specialise in dealing with divorce cases.  But he moved on to more important things!
Now that I have looked at the map I can see why we are having so many sea days.  There is that long sliver of land, the peninsular of Baja California.  Right at the bottom of the finger is Cabo Son Lucas.  We are not visiting it but we did last year.  The peninsular is Mexican and Cabo is a favourite for American students for partying and holidays. It’s a great place to visit, packed with bars and beautiful marinas.

This is the Caribbean band who play on deck 9 by the pool at lunchtime and during balmy evenings. 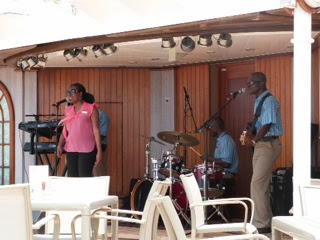 As I write this an item has just come up on the TV news.  A young couple with kids of 3 years and 18 months have just been rescued by helicopter and a US naval ship. They were on a world voyage in their small yacht – the baby was ill and the engine broke down. They were 1000 miles off Cabo. Sheer madness crossing the Pacific with an 18 month old child.
On Saturday night we passed Acapulco, some 20 miles away and throughout Sunday we have transited the Gulf of Tehuantepec – well known for hurricanes that originate here. No sign of one today. 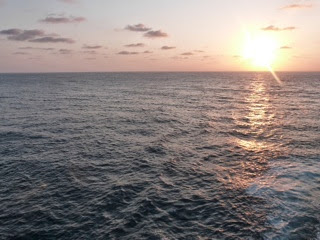 Sunday was billed as the day of the Country Fayre. For weeks the entertainment staff have been persuading departing passengers to donate items for charity. Clothes that no longer fit or which won’t fit into the suitcases.
Just like a Church Fete. Actually more like a jumble sale!  All sorts of rubbish that people then bought because its cheap – not because they will wear it. Well the Fayre took place today and will have raised a few thousand dollars.  The pretty dancer on the right was selling raffle tickets.  I bought lots. 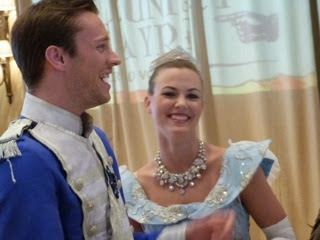 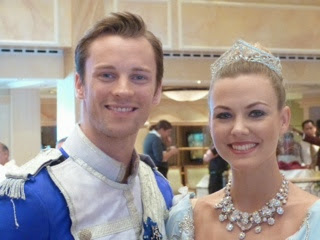 She charged a dollar a time (for a photo) which I thought was fair. 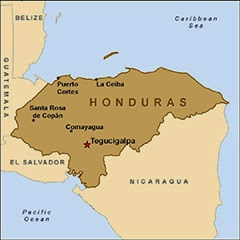 Before we get to Costa Rica we pass Guatamala, El Salvador, Honduras and Nicaragua but sadly we won’t see them. Then on Tuesday it’s Puntarenas. Not to be muddled with Punta Arenas in Chile where we were on 3 February! 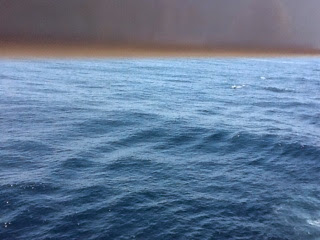