The sun was shining and it was hot as we approached Honolulu, located on the island of Oahu.  A beautiful day and Honolulu looked splendid as we drew alongside Pier 2. 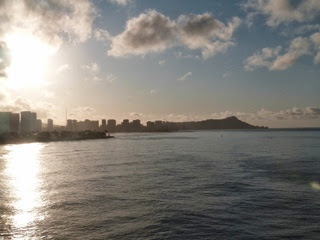 We had been to the Hawaiian islands twice before, once on the Queen Elizabeth and once with Mike and Maggie O’Connell.  We were in California for the wedding of their eldest son, my godson Simon to Missy and the plan was that, following the wedding, the four of us would spend a couple of weeks in Hawaii.
Mike decided that the first week should be spent on the small, quiet island of Lanai (2 hotels and 2 golf courses and not much else) and by way of a contrast the second week at the Moana Surfrider on Waikiki Beach in Honolulu – the first ever hotel there.  Thats what happened and we had a wonderful holiday after a fabulous wedding.  As many of you will know Mike sadly died last year.  A great man.
As we know the island fairly well we decided to take a tour to areas we had not explored in the past.  Cunard had organised a coach with a lift and we set off at 0900 towards the east. We were taken first to Waikiki.  The surfers were already on the water and joggers and sun bathers were beginning to appear.  The Moana Surfrider was still there. 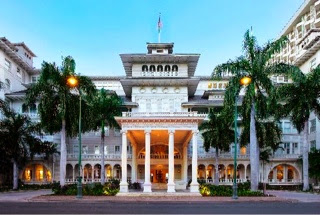 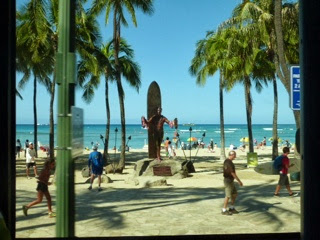 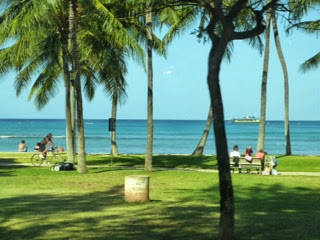 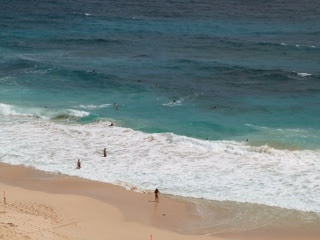 Then it was Diamond Head and Hanauma Bay.  We saw multi million dollar homes with fantastic beachside positions and glorious beaches and eventually reached the lush green tropical forest.  The views across to the small island of Molokai were superb. 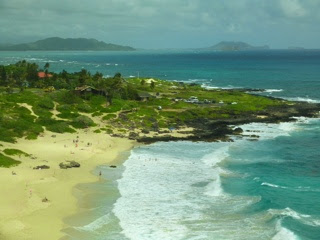 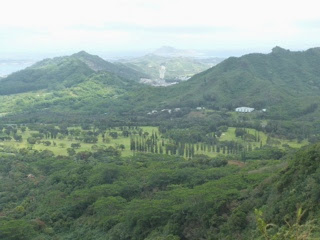 We then cut across the island back to Honolulu and the ship to give us time to get ready for the Full World Voyage black tie dinner at the Hawaii Convention Centre this evening. More of that later.
Share: