The largest island in the Hawaiian group is called Hawai’i or Big Island and Hilo is the county capital.  It is known as the gateway to the land of fire and brimstone and volcanos abound on the island.

It is thought that the first inhabitants settled here in about AD 400, arriving from the Marquesa Islands in Polynesia. But it was that character whose name has regularly appeared in this blog who was the first European to find Big Island.  Captain James Cook arrived on 17 January 1779 and was treated like a god initially, but when he returned a month later there were problems between the locals and Cook’s crew and during a fight Captain James Cook was killed.
A monarchy was established but in the 1800’s Europe and the US showed interest.  Sugar plantations were developed but by 1893 the monarchy was overthrown with US help.  In 1900 the Republic of Hawaii became the Hawaiian Territory with an American Governor.  In 1945 Hawaii became the 50th state.
When we arrived this morning it looked bleak. The Deputy Captain stessed that we could expect rain, but in the event we saw none and the weather was good all day. 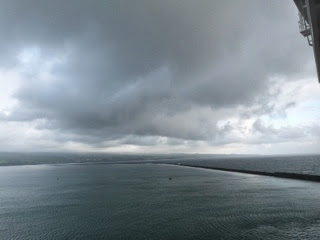 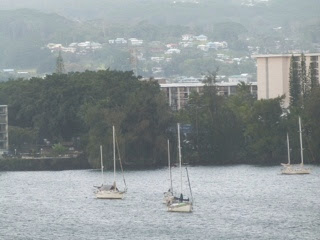 We were here last year and explored the whole island in a large black sedan that I had booked on line some months before.  So this year it was the more mundane parts! 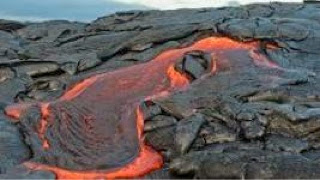 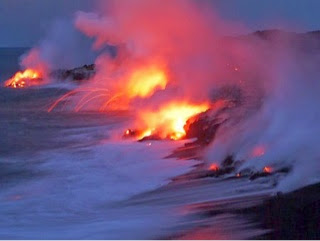 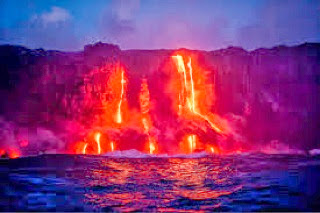 The two main volcanoes are Mauna Loa and the more active Kilauea.  They are sited in the Hawaiian Volcanoes National Park.  Kilauea has been erupting for the last 20 years.
We also took in Macy’s, Sears and Wallmart!  At least they were airconditioned.  And when we arrived back at the ship the locals treated us to Dragon Boat races alongside the ship. 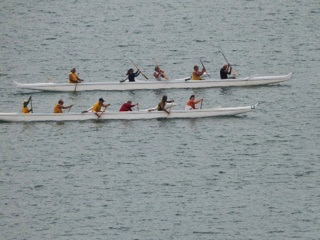 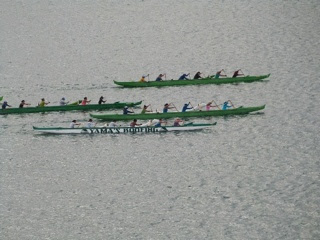 Each time we get back to the ship we switch on Sky News and today we were lucky enough to see John Noble from Southampton as one of the experts discussing the missing Malaysian 777.  Of course we regularly have the Sports News read to us on Sky by lovely presenter Charlotte Jackson (Chris and Alan’s  daughter). 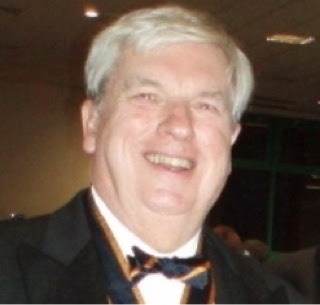 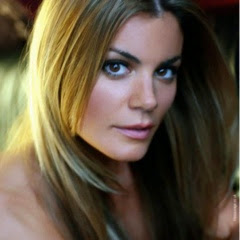 Talking of Sport, the night before last I woke up at 3.50am (local time – no alarm) switched on the cabin TV with no volume to find the Saints live, 2-0 up away to Spurs with 25 minutes gone.  I sat through the rest of the match with its upsetting finish and then went back to bed and slept for a further 3 hours!
I know that’s the sort of thing that Robert Gordon does down in Melbourne, but it was a first for me.
Share: