We had been to nearby Travemunde in the past. And we had been to Rostock before. In fact Cunard included my piece on Travemunde on the We Are Cunard site, and it is still there. It was one of the great days.

For some strange reason, it is not possible for a wheelchair to get directly from the ship to the centre of the town of Warnemunde. There is a railway line running between the two and the tunnel under the railway has numerous steps. Jane was talking to Corine, the German hostess on the ship, during the World Club party last night and when we got back to our cabin after the show we found a plan that she had downloaded from the internet explaining how we could get into town.
We had to walk past the Celebrity Silhouette moored astern of us and keep walking about a mile. 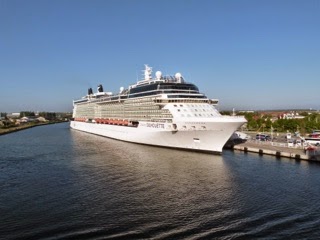 There was then an underpass which took us under the railway. The problem was that it was then another mile to get back into town 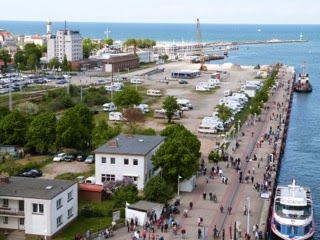 So a journey that would normally take 10 minutes took us 60, but so what! It was a pleasant walk through the residential part of the town. Elegant houses and lovely gardens.

Warnemunde is a seaside resort. Wonderful wide beaches and the estuary in which our ship was berthed had promenades on both sides. There were plenty of mime artists and one looked very playful. 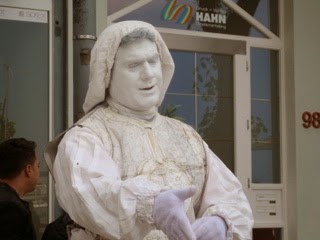 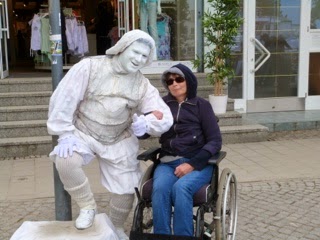 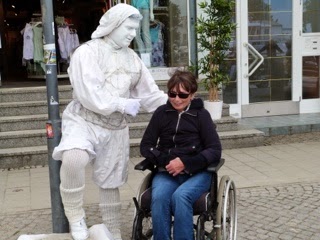 There were multitudes of eateries and bars. We settled on a bar in the town square. Nearer the ship there were some interesting sand sculptures! 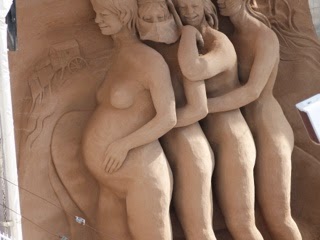 The Captain told us that there were likely to be thousands of spectators watching us leave and he was right. 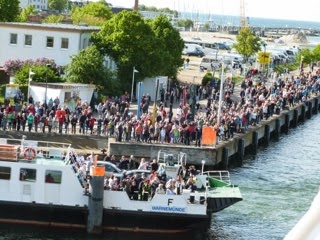 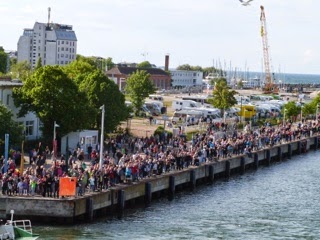 Friday is a day at sea. I am taking a “Behind the Scenes” tour on the ship – something I have not done before. I will report on it shortly. Then on Saturday we are in Kirkwall which you will all know is in the Orkneys!
Share: