We arrived on time at 0630 and sunrise revealed a clear blue cloudless sky. A perfect day appeared to lay ahead, but by the time we had had breakfast a thick sea fog had swept in, enveloping the city.

We knew that Santiago, the capital of Chile some 2 hours inland, had smog problems but we did not anticipate fog in Valparaiso. We decided to travel a short distance north to Vina Del Mar (in Lord Cochrane’s time it was known as Almendral) now a beach resort. It is apparently the main holiday resort in this part of Chile and we knew that some of the people who left the ship in Valparaiso were spending time in Vina Del Mar before flying home. When we arrived there the fog had gone and the sun was shining. 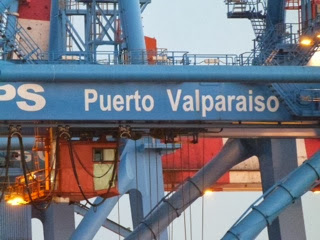 We found a very tidy and clean resort with vast expanses of sandy beaches, modern hotels and apartment blocks. We also found the President’s summer residence which appeared to be a copy of a small Windsor Castle! We walked for miles through leafy parks before deciding to return to the ship in the late afternoon. 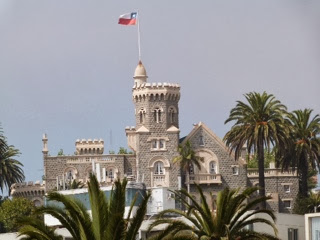 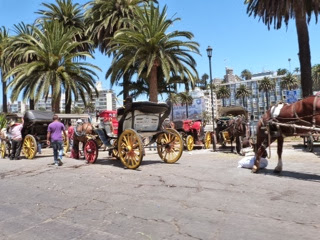 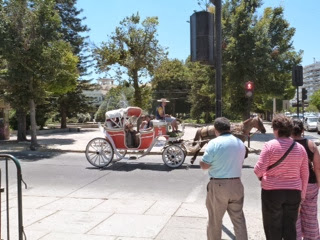 Valparaiso marked the end of the 3rd segment of the world voyage and in the region of 800 people left the ship with a similar number joining for the segment to Australia. Those joining appear in the main to be Australians judging by the people having difficulty in working out whether the lifts (elevators) are going up or down (I mean judging by their accents!). 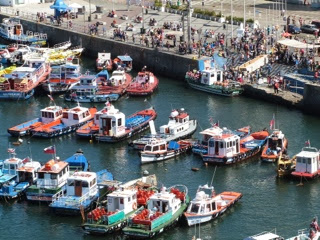 In the early evening we left Valparaiso and set sail for Tahiti and Polynesia – a longish passage at sea. Hundreds of local people watched our departure, some in a vast array of colourful pleasure boats and many more on shore. 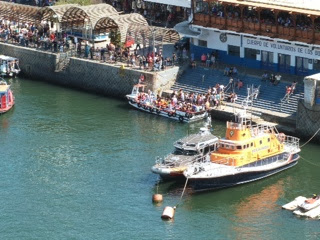