No this was not another Admiral aboard QV as a guest lecturer. My brother in law David Holt lent me a book on Lord Cochrane some months ago. I brought it with me but only realised, when it was mentioned in a lecture last week, that some of Cochrane’s greatest exploits happened here in S America. So I dropped Alex Ferguson’s autobiography (a Christmas present you understand) and started to read “Cochrane the Dauntless” by David Cordingly from which I gleaned some of the history I will share with you here.

As many of you will know, Cochrane was a hero after his naval successes in Europe, but he fell out with the British Establishment and was imprisoned for a time. In 1817 Cochrane was persuaded to join General Jose San Martin and General Bernado O’Higgins (remember him?) who were attempting to establish an independant republic of Chile. 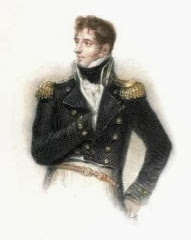 Over the previous 300 years Spain had effectively controlled central and southern S America (only Brazil lay outside their control – Portugal ruled them) and the people resented not being able to run their own affairs. O’Higgins realised that they needed control of the seas if they were to succeed and for that reason he signed Cochrane up to lead the naval skirmishes. 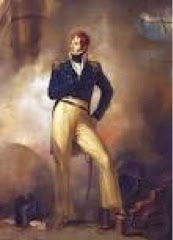 Cochrane and his family left England in August 1818 aboard a 300 ton merchant ship, the Rose, and the voyage across the Atlantic and round Cape Horn took them 3 months. Interestingly, on approaching Cape Horn they met a fierce westerly wind which they battled for 3 days and they only managed to round the Horn by travelling south before finding a favourable wind that took them past it.
They then sailed north to Valparaiso where they met up with O’Higgins. I can recommend David Cordingley’s book. It deals with Cochrane’s career in Europe but in addition the battles he fought in liberating not only Chile, but also Peru and Brazil.
That little history lesson was designed to give you a some background. Our next port was that very same place – Valparaiso.
Share: