After our trip around Cape Horn we tracked north to the Beagle Channel and into Ushuaia where we spent Tuesday. It is a busy little community and the centre for Antarctic expeditions and fjord cruises. I could remember that the main street was parallel to the port but up a hill.

I managed to push Jane to the top only to find that a German lady who we know had collapsed in a shop we were about to enter. She was rushed off to hospital, but within hours she was back on the ship, apparently none the worse for the experience (except for the US$500 the hospital had extracted from her credit card). Imagine how much they would have taken had she been British!
We are not popular in Argentina. Large signs called Ushuaia the “Capital of the Malvinas” and other large official signs stated that the occupation of the Falklands by the British is illegal. 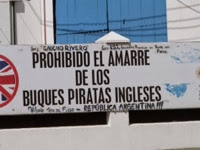 Our next call was to be Punta Arenas in Chile. Overnight we would cross the dividing line between the two countries (the middle of the Beagle Channel) which regularly causes delay. For those of you with maps we left Ushuaia in a westerly direction along the Beagle Channel as far as the Pacific and then nipped back into the fjords before turning directly north up the Magellan Strait. I will incorporate a copy of the map showing our route, which I have just been given. 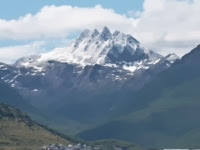 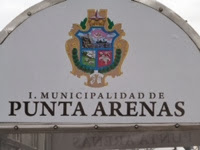 We were at anchor off Punta Arenas which meant that Jane had to stay aboard. I went ashore in one of the tenders and Jane had her nails done. I wandered around the town, bumped into some of our chums from the ship, had an excellent coffee and free fast internet and returned to the ship to find that Jane was still having her nails done! I knew that we should have brought Hannah Maunsell with us! 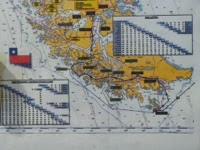 For the next couple of days we are cruising in the fjords and will take in the Amalia Glacier and the Pio XI Glacier today and tomorrow.
Share: