Many of the world’s glaciers are retreating. Amalia is located in the Bernardo O’Higgins (Could this be one of Brian Kelly’s relatives?) National Park on Chile’s Southern Patagonian coastline, and it has retreated nearly 5 miles over the last 50 years. Frankly it looked much the same as it  was when we were here 7 years ago. 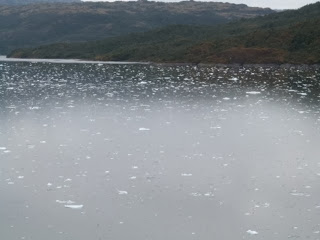 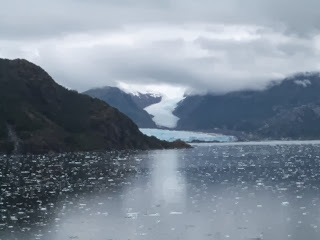 As we edged ever closer to the glacier at perhaps 2 or 3 knots (to avoid creating waves and damaging the wall of the glacier) we sailed through growlers and mini icebergs that had broken away. A small, fast rib was launched to take photos of the ship and to collect a small iceberg which was then brought aboard the QV and carved into a sculpture of the Queen. 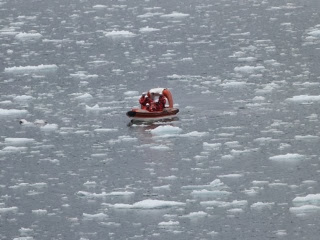 The following day, after tracking through the fjords overnight, we arrived at the Pio XI Glacier, the largest in the southern hemisphere (ignoring Antarctica). It is advancing rapidly, unlike the majority of glaciers and is said to grow by 50 metres in height and length every day. 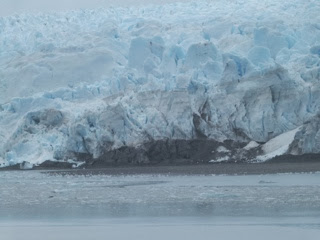 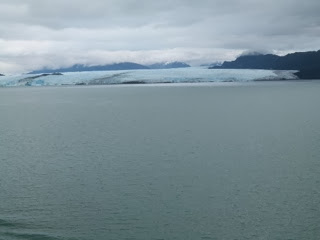 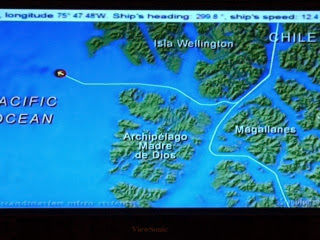 My research tells me that O’Higgins was a General and the first head of state of the Republic of Chile.
The glaciers and the fjords were magnificent but I fear that my photos do not do them justice.
Share: