After fleeing North America in the early 20th century Butch Cassidy and the Sundance Kid are said to have settled in Argentina and bought ranches with the proceeds of their US bank and train robberies. They are said to have crossed the Andes and travelled to Puerto Montt to sell their cattle and buy supplies. As we know they returned to the more exciting life as bank robbers and were eventually killed in a shoot out with the Bolivian army.

The main street of Puerto Montt did not appear to have changed very much in the years since they were here. It had the feel of a cowboy town, but those that travelled out of the town found breathtaking mountain scenery in Chile’s Lake District and at the resort area of Puerto Varas on the shores of Lake Llanquihue. 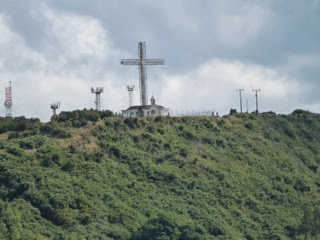 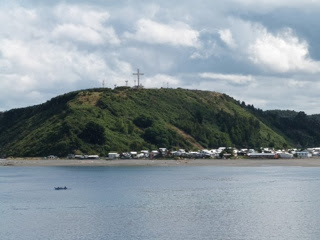 As QV was at anchor Jane was not able to get ashore but I had nearly 3 hours wandering around the town and taking in the Cathedral and museums. 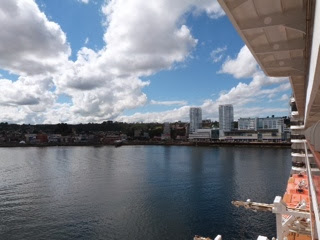 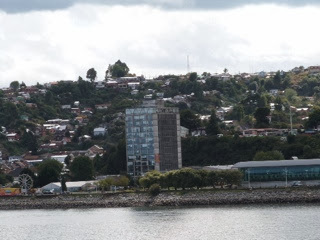 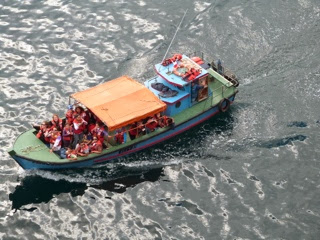