Friendly old girl of a town.
Let us clink and drink one down.
Salty old queen of the sea.
They were some of Danny Kaye’s lines all those years ago.
And on Thursday we had to have a yet another look at The Little Mermaid sitting on her rock only a few hundred yards from the ship. She is still small, still little, but somehow she looked more mature and more serene than she was. That, despite being surrounded by a large group of Japanese tourists, all desperate to get selfies with her. 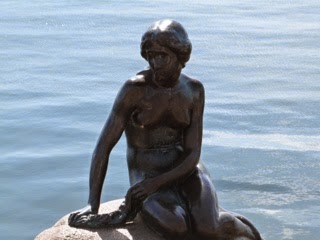 In fact we found that there were massive crowds wherever we went, and it was only after we returned to the ship that we found out that it was a public holiday – Ascension Day.
Copenhagen is beautiful. The architecture is stunning, whether the buildings are old or new, and the whole city is wonderfully clean and tidy. 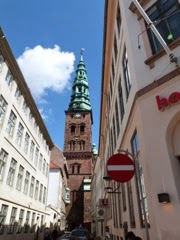 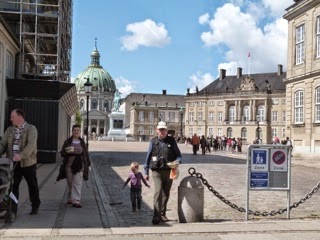 Jane and I had a hop on/hop off day which proved very successful except for the fact that it was impossible for Jane to get down to the jetty to board the canal boat, for the canal tour included in our ticket (Don’t worry, I managed to get a refund!) and, no, I didn’t do the canal tour on my own! 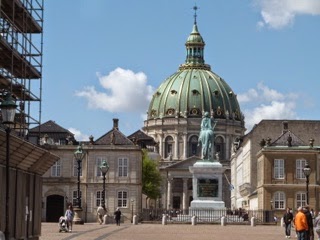 At that stage we had a coffee and a beer in a lovely square and watched the world go by. The sun shone and the tourists were happy. We returned to the Langelinie Promenade and hopped off the bus by the Queens Royal Yacht 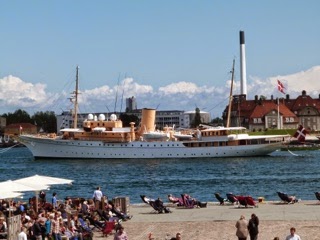 and then strolled back along the promenade. 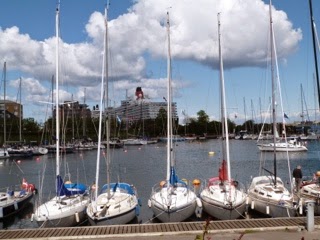 Back at the ship we found that the lady Captain Inger had departed on leave. Although she grew up in the Faroe Islands, she and her husband live in Denmark. The new master of the ship is Captain Alistair Clark and we hope to meet him this evening at his cocktail party.
This was the view as we left Copenhagen in the early evening. 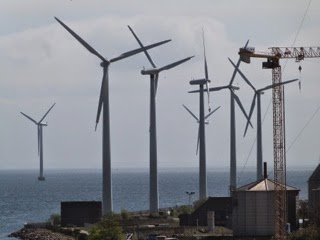 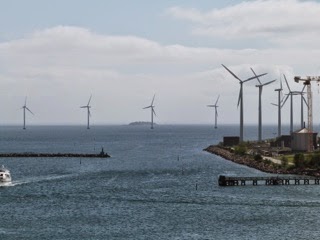