Did I tell you about Saturday 16 May 2015? We were due to arrive at our berth in Stockholm at 9.00 am. At 6.45 am I heard the Captain’s voice. If broadcasts have to be made when people are asleep they are made into public areas but not into cabins.

I opened the door to hear him say that we could not go into Stockholm and I think there was a reference to corporate regulations being breached. I had the impression that when the pilot came aboard he wanted the Captain to carry out a procedure or procedures that the Captain was not happy to do and that as a result we were told we could not go in. It seemed very strange. 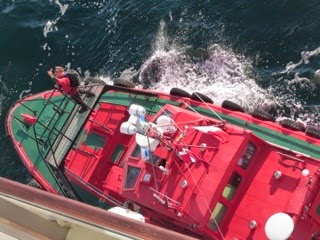 An hour or so later the Captain broadcast again, but he didn’t really add anything to the information he gave earlier. So of course the passengers started speculating. It was too windy. There was a big argument between the pilot and the Captain. All sorts of theories, but nothing more from the Captain, which was a pity. I’m sure a fuller explanation would have been more satisfactory, and would have stopped the gossiping in the Guest laundrettes!
So we had a day at sea and we sailed on to Tallinn in Estonia where a berth was made available for us. 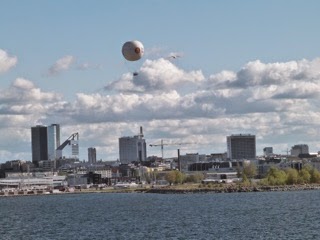 We arrived at about 6.00pm and some went ashore. We had been due to arrive here on Sunday morning, so we decided to wait until then before exploring Tallinn. 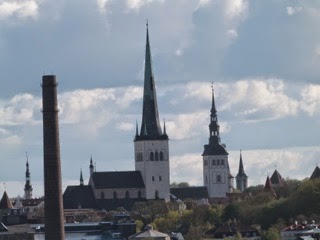 Missing a port causes enormous disruption. There are the passengers who demand compensation. There are numerous tours that have to be cancelled. Entertainers who are due to leave the ship are stuck aboard and new entertainers have to change travel plans to get themselves to a different port. And of course passengers who were due to meet friends are upset. These decisions cannot be taken lightly.
Share: