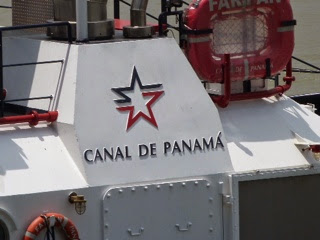 In 2012 we transited the Canal from the Atlantic to the Pacific in Queen Elizabeth. Today we went in the other direction.  We had an amazing, exhausting day. 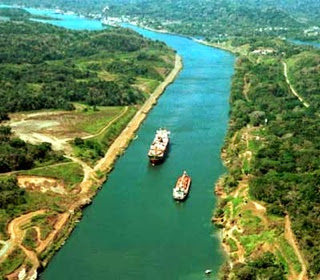 A little history first.  In 1881 the French began work on a canal that would join the two major oceans.  Massive numbers of workers died from fever related diseases and there were engineering and financial problems.  In 1903 the US took over.  They wanted a canal to enable them to get their warships from the Atlantic to the Pacific. They had the canal ready for its opening in August 1914 – one hundred years ago. In total it is believed that 25,000 people died during the construction.
The clever part of the plan was to establish a massive lake in the middle of the isthmus and then dig canals either side.  The artificial Gatun Lake was created by building the Gatun Dam and then flooding the area.  The lake would be 85 feet above sea level and a series of locks was needed to get vessels up and down. 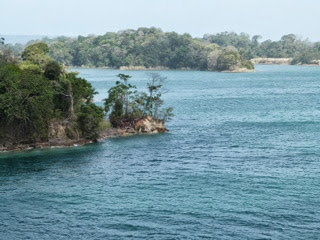 Our day started early, with a series of pilot boats arriving just below our balcony from 0615. 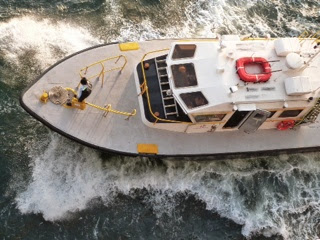 It was a beautiful morning and Panama City glistened in the distance as the sun rose. 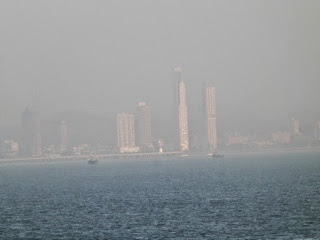 We passed under The Bridge of the Americas at about 0800 and headed for the first series of locks – the Miraflores Locks. 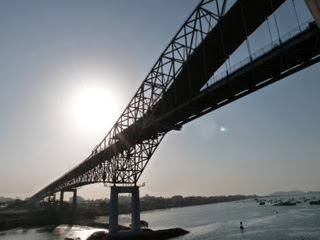 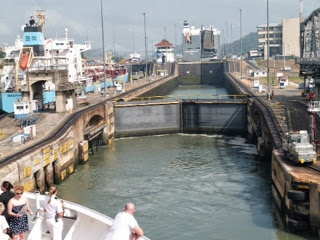 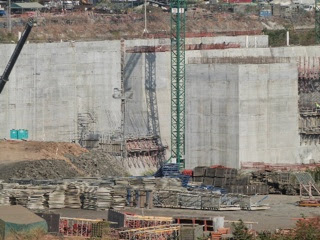 When we arrived at the Miraflores Locks eight locomotives were ready to guide us through, two on either side forward and two either side at the stern. 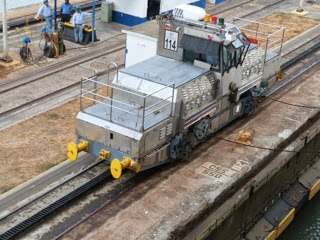 Each locomotive costs between $2 million and $5 million depending on who you speak to!  The locomotives do not, usually, pull the ship through, but by means of 2 hawsers and pulleys on each locomotive they keep the ship away from the edge of the canal.  The ship is propelled through under its own power.

The QV is a Panamax ship designed to fit into the Canal, but it is very tight, with about two feet on either side spare. You can see from the photos how close the ship is to the wall of the Canal. 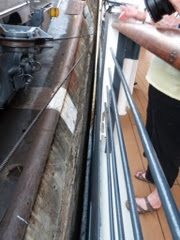 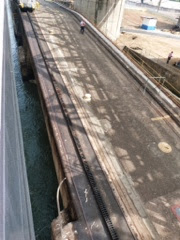 I was unable to find out from the experts how the ship was kept in position. Were computers involved? No I was told.  A marine lecturer on the ship told me that the senior pilot had some kit in the centre of the bridge which he used to control the eight locomotives. That seemed unlikely unless he had cameras stategically placed around the ship, because the pilot would not be able to see anything from the centre of the bridge! 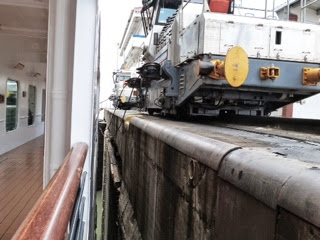 During my travels around the ship I found the answer. The Canal transit is tiring because you need to move to different viewing points to get the best photos. 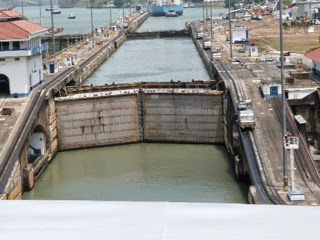 Decks 5 and 6 forward, usually reserved for the crew, were opened for passengers, and that gave brilliant views of the lock gates and the water levels, but there was no cover and it was hot and humid. My “private” deck on 9 in front of the gym gives a better overall view but Deck 3 astern proved to be the best for Panama.

There I was able to reach and touch the Canal wall, shake hands with one of the locomotive drivers and, most importantly talk to one of the pilots, who revealed all, about keeping the ship in the centre of the canal. 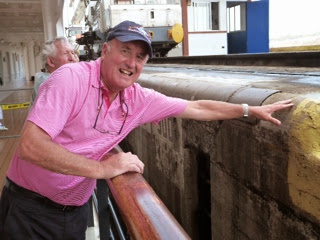 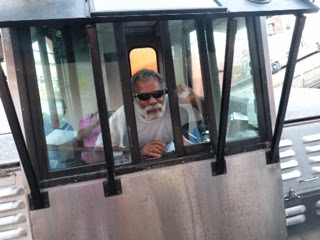 His job was to keep the stern of the ship in the centre and a colleague up forward did the same thing. They were each responsible for 4 locomotives. My man spent his time ensuring that there was always a minimum of 12 inches between the wall and the hull, knowing that that would leave 3 feet on the other side. He achieved that by talking all the time on a walkie talkie to his 4 loco drivers getting them to tighten or slacken their hawsers. I tried to get his cap but I failed! 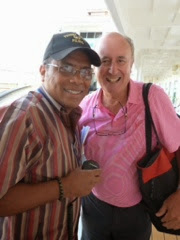 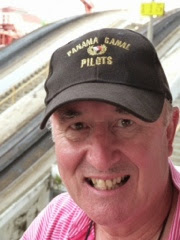 It was then on to the Miguel Locks, through the Culebra Cut, a narrow channel carved though the hills and into the wonderful Gatun Lake.  Finally we arrived at the last set of locks – the Gatun Locks and once through them we were into the Caribbean!  By then it was 1730 and time for tea. 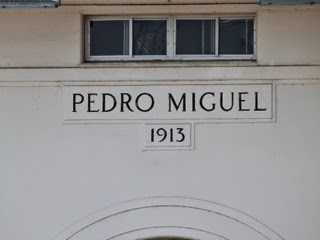 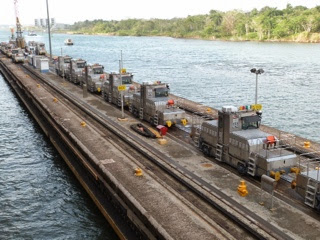 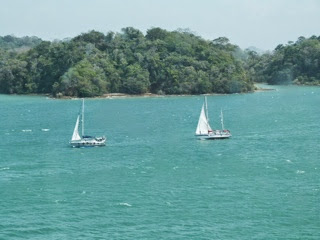 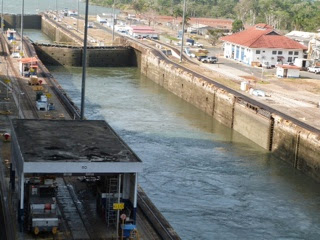 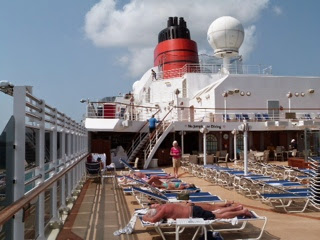