Aruba is small – 19 x 6 miles – with only 20 inches of rain a year, so it is not a lush paradise but rather a dry, desert like land packed with cacti and aloes. 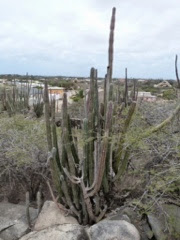 The island flourished in the 1820’s with the discovery of gold.  When mining gold became uneconemical in the 1920’s, two oil refineries were built on the island.  In the early days, one of the refineries was the largest in the world and was producing more than 400,000 barrels a day.  Refining oil has declined on Aruba but tourism has taken its place and is an expanding industry. This area is Eagle Beach and is packed with 5 star hotels and a beautiful beach.
It was a hot and humid day, but we found an air conditioned taxi at the terminal building and set off on a tour of the island. 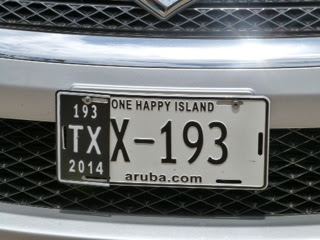 Cloes was the driver.  We were told that he was a good driver. He was, when he looked where he was going, but he often turned round to talk to us, and he often took both hands off the wheel to help his explanations!

Aruba is short of places of real interest.  Stop 1 was for a collection of odd shaped rocks. 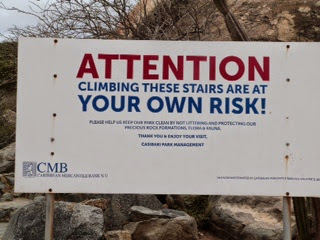 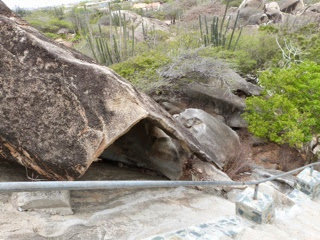 I climbed them, but the view from the top was not sensational.  We then drove to the northern Atlantic coast.  An impressive rocky coastline with large waves breaking heavily. 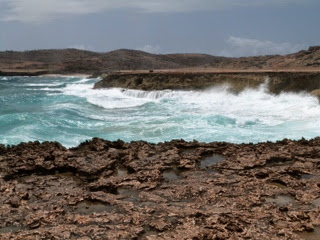 It was Stop 2. The Natural Bridge. Sadly it collapsed in 2005 as you can see, but a new mini natural bridge is there with the appropriate warning! 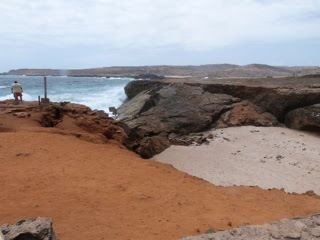 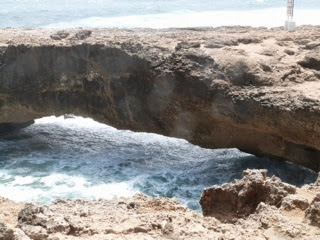 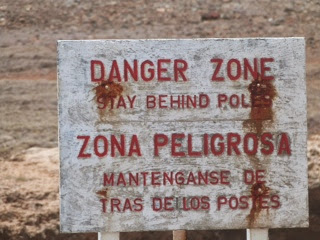 Stop 3 was the Chapel of Alto Vista. The road to it was blessed with white crosses and extracts from the Lord’s Prayer and other biblical quotes. 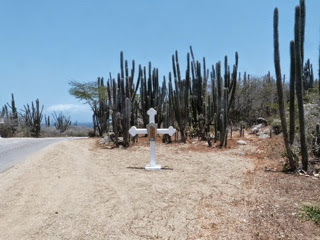 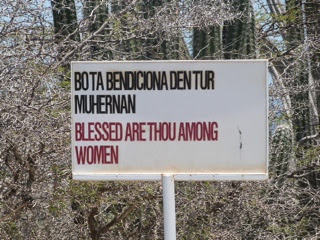 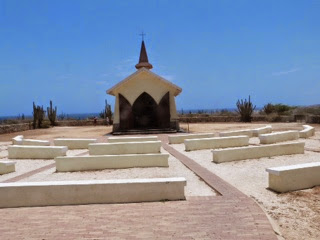 Also known as the Little Chapel, the pews outside are apparently always packed with worshippers. 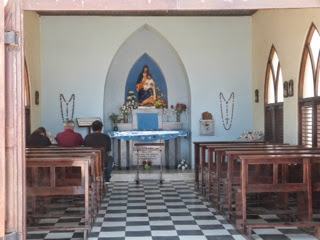 Stop 4 was the California lighthouse named after a vessel of that name that had been wrecked on the rocks at the northern point of the island. 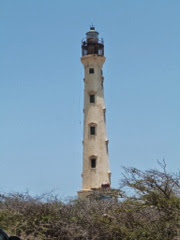 Stop 5 was Palm Beach and Eagle Beach. Both are magnificent public beaches serving the superb hotels that sit alongside. 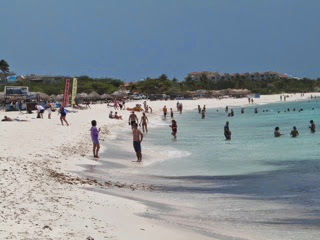 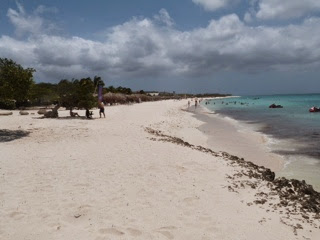 In the sand there are numerous divi divi or Watapana trees whose branches are bent at right angles to the trunk by the ever present trade winds. 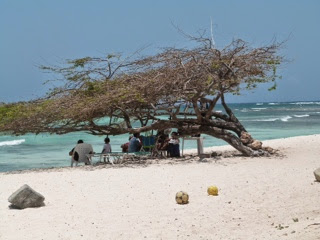 Aruba impressed us. It is the sort of place you could come to for a week of sunshine in a luxury hotel. That said the island does not offer a great deal more although it is clean and friendly. A pleasant surprise for us.
Share: