“An update on Position Progress and the Weather”. That’s how the Commodore starts his midday broadcast. Today, Wednesday 26 November, he told us that we would be entering the Straits of Gibraltar at about 1600 hours. The sun was shining as we saw Morocco on our starboard side. 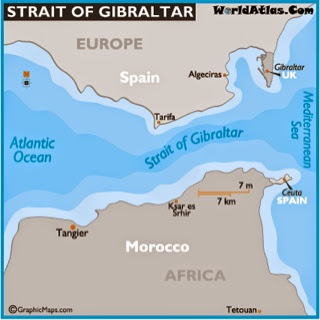 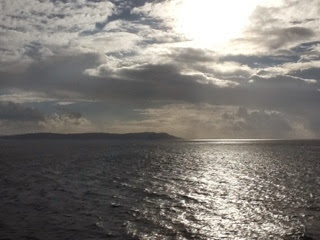 The Officer of the Watch pointed out Tangier and Tarifa (the southernmost Spanish town) and some 30 minutes later we were passing Ceuto in Morocco with the Rock of Gibraltar on the Port side. 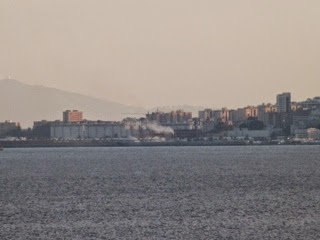 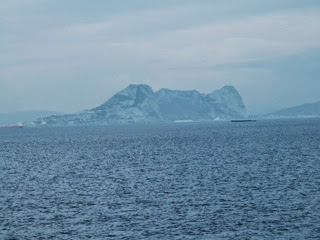 Gibraltar
As I returned to the cabin with my camera, the Commodore made a further broadcast. He told us that a gale was buiding up in the Med to the north and that it had been decided that to avoid horrible weather for our calls to Barcelona and Toulon, our itinerary was to be rearranged:
Thursday 27th.- Cartagena, as planned
Friday 28th.     – At sea instead of Barcelona
Saturday 29th. – Livorno instead of Toulon
Sunday 30th.   – Ajaccio instead of Livorno
Monday 1st.    – Barcelona instead of Ajaccio
The net result is that we miss Toulon and have an extra day at sea. It seems that the forecast indicates that we would not have been able to berth safely at Toulon on Saturday.
Just before hearing the Commodore’s report, I bumped into David Ellis-Jones on deck 3. He told me that he and Pat (Bob Sperring’s sister) have recently moved from Bishops Waltham to Winchester – to the Barracks where Michael and Posie Yeomans live. Their cabin is on Deck 7 as is ours.
Share: