Round One came to an end on Sunday. I managed to get ashore by 9.00 am leaving Jane with the Sunday papers, her laptop and iPad. Mark collected me from the cruise terminal and took me home. The house was immaculate as it always is when Linda is house sitting!

I had a list of 12 things to do and find. I succeeded with 11 items despite losing the list. At the appointed hour of 10.30 am Jean and Tim Whitehead arrived. Jane and I had met them on the QV earlier this year and they had decided to join the ship again for this cruise to the Med. 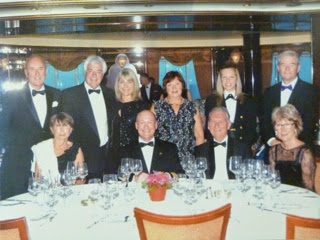 Tim and Jean are to my right at the Captain’s table.
The plan was for them to leave their car at our house and for the 3 of us to travel to the ship in Mark’s taxi. The plan worked like clockwork.
Jean and Tim live in Brixham but Jean grew up in Southampton and Tim read geography at Southampton University. Jean was a teacher and Tim was Director of Tourism, first at Southampton, then Poole and finally at Torquay. He is a keen sailor and we all have plenty in common. We sit together for dinner in the Britannia restaurant. They met at Fridays – a nightclub on London Road, Southampton! 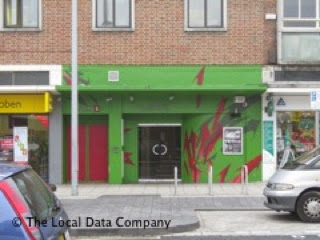 This used to be Fridays but its name has changed a number of times since then.
We are now on our way down to the Med and were 60 miles off Cape Trafalgar at noon today. We should be alongside in Cartagena, Spain at 9.00 tomorrow.
Share: