We were here in Tahiti last year when we had a fantastic day in the lush cattle country up in the hills. 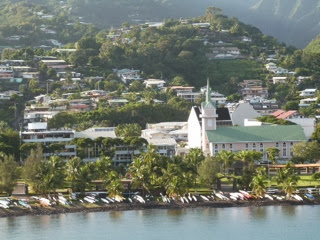 This year Jane and I decided to explore the capital Papeete. It was a hot and humid day and we probably made the wrong choice. We also had in mind taking the ferry to Moorea (where the ship was going the next day, but as the ship would be at anchor, Jane would not be able to get ashore then). 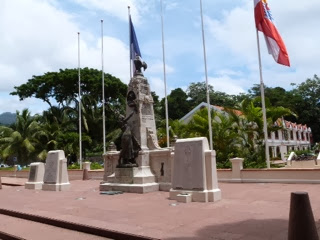 We thought we could cover Papeete on foot and then take the ferry, but because we found the walking difficult (high pavements and few dropped kerbs) and tiring, we gave up on the trip to Moorea. What we did see in the capital that stood out were the Parliament buildings. We were given a free rein to wander amongst the buildings and the gardens which were lovely. Parliament didn’t appear to be in session because the whole place was deserted! 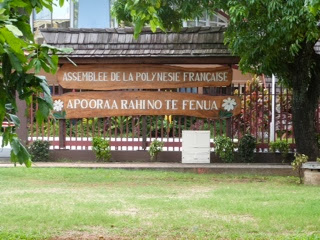 We covered a vast distance around the town, but our maps were not brilliant and Jane would say that I took a number of wrong turns!
Tahiti is a beautiful island but the best bits are out of town.
As Moorea is only a short distance from Tahiti, the Captain decided to extend our time in Papeete until 0500 next morning to give passengers (I keep forgetting – we are not passengers, but guests) the opportunity to experience the nightlife. We didn’t bother and stayed on the ship that evening and when we awoke next morning we were anchoring off Moorea. 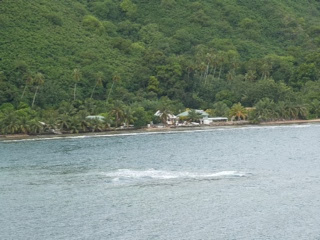 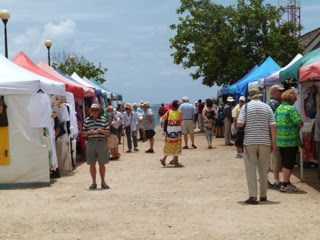 Moorea is magnificent, but as Jane had to stay aboard I took a tender and made some rapid trips east and west from the dock courtesy of some black pearl outlet stores that were running free shuttles (ancient vans). I didn’t bother with the black pearls but covered a fair amount of the island. It was a hot and very humid day. Jane survived without me for a couple of hours. 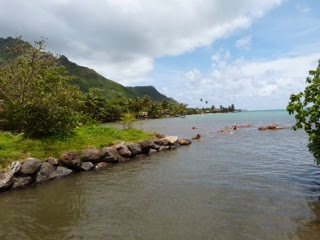 Soon after we had weighed anchor the Captain announced that we would have to return to Tahiti. Someone was seriously ill and needed hospitalisation. I imagined that there would be some sort of transfer at sea, off Papeete, but that did not occur and we returned to the quay that we had left at 0500 that day.
The seamanship was exceptional. An ambulance was waiting. QV glided into the berth, a gangway came out and after some brief discussions between the medics and the ships agent, the patient was transferred. Then it was a very quick departure, the Captain turning the ship on a sixpence, before we headed out of the harbour and back onto our westerley tracks towards Fiji. 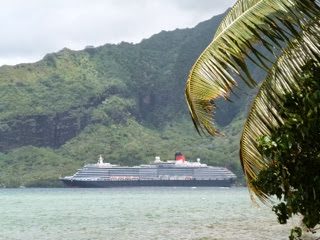