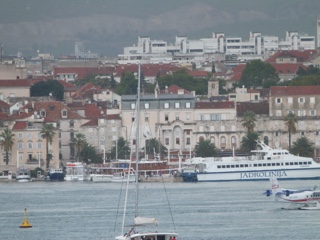 The plan of the city supplied by Cunard showed a walled area marked ‘Palace’ which appeared to cover a third of the central area of the city. We walked from the ship, past a number of car ferries, to a market which was full of touristy rubbish. Jane did find a pair of pretty summer trousers for peanuts, and that enabled me to steer her away to better things. 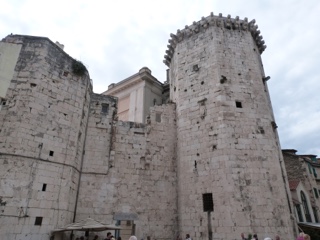 The market backed onto a  high wall behind which was the Palace. It was built by Emporer Diocletion as his retirement home. 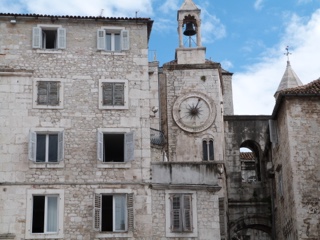 Over the centuries following his death it was occupied by a variety of despots and refugees, knocked about and altered. 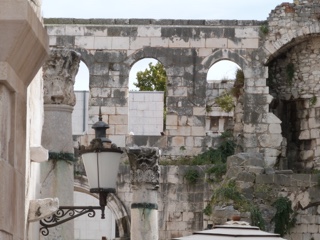 Now it is a rabbit warren of narrow cobbled streets, open squares, a Cathedral, 250 homes where 3000 people live, and a multitude of shops, bars and restaurants. Every nook and cranny appears to house a drinking or eating establishment. 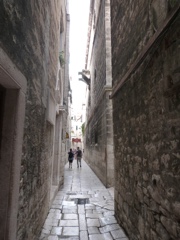 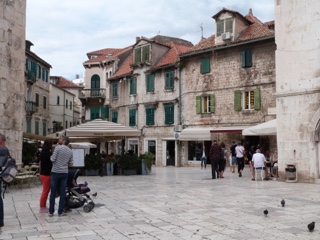 It was vibrant and a wonderful place to explore. We enjoyed the best (and cheapest) coffee here. Then we found the waterfront, which was more modern, clean and relaxing. 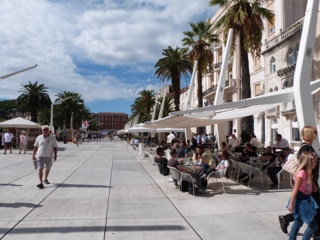 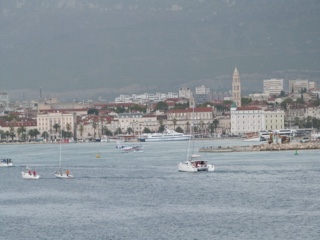