We did eventually get to the 18 March after crossing the IDL.  And on that day we arrived in Pago Pago (pronounced Pango Pango). The Samoan group of islands are divided into Samoa (once Western Samoa) – an independant nation and American Samoa where we were.  Tutuila is the largest island in the American Samoa group and Pago Pago is the capital. 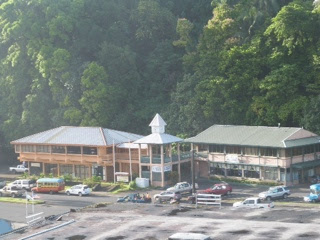 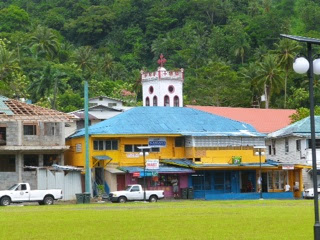 Oddly Captain James Cook did not discover Samoa despite finding most of Polynesia.  The first European to visit appears to have been Jacob Roggeveen, a Dutchman, in 1722.  The French arrived in 1768 but after 11 Frenchmen were massacred in Samoa in 1787, Europeans avoided the islands for 40 years.
We arrived on a bright and sunny day and set off to explore the town.  A small museum offered some moon dust brought back by Neil Armstong on Apollo 11 and a few Samoan canoes but not a lot more. So we decided to get out of town and we selected a beaten up taxi (they were nearly all beaten up) which was probably the first Toyota ever built. But the driver seemed friendly and appeared to be able to speak English. Unfortunately he spoke very little, so didn’t prove a great guide, but the scenery was terrific. He drove carefully and he stopped whenever he felt I ought to take a photo. 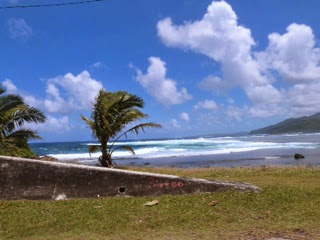 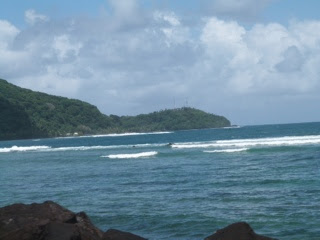 The island is lush – coconuts and bananas galore.  The massive rainfall that Samoa experiences keeps everything green.  The beaches are idyllic and the villages neat and tidy.  They are dominated by multitudes of churches and fale tele (meeting houses). 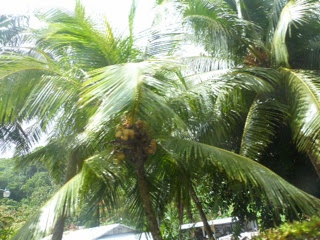 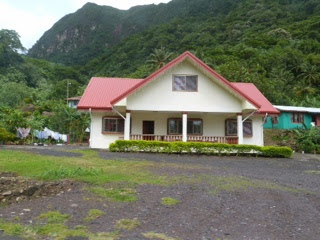 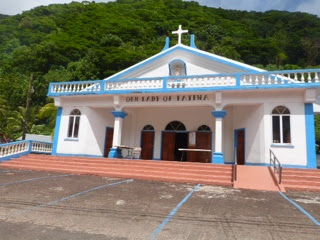 No one could explain clearly why they might have 3 or 4 of these meeting houses in one smallish village.  Some said that they had large families and their houses were small so for weddings and funerals a family would gather in the fale tele. Others said the chief of the village would gather the villagers together in them whenever he had something important to announce. 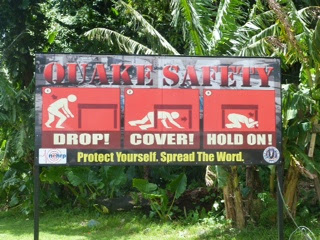 Nearly 5 years ago, in September 2009, an earthquake erupted near Samoa sending a tsunami into Pago Pago harbour and causing extensive destruction to villages, buildings and vehicles. There is still plenty of evidence of the damage although the majority of the restoration work appears to have been completed. 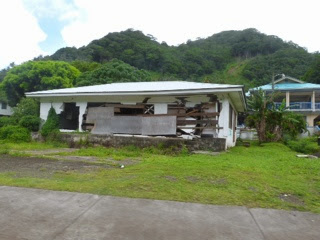 We had a wonderful departure from Pago Pago and set off on the long haul to the Hawai’in islands.
Share: