Skip to content
The ship arrived on time after negotiating the reefs and sandbanks surrounding Tongatapu, the largest island in the group.  It is banama shaped and about 17 miles long – windy, humid and hot.   We could see the Royal Palace as we neared the port and then the quay came into view. Very new and funded and built by the Republic of China would you believe!  It was opened in late 2012.
The Police Band played on the quay to welcome us and again in the evening as we departed. 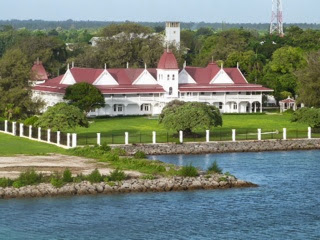 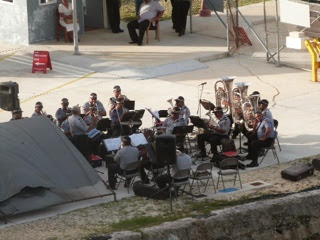 Tonga is close to the Tropic of Capricorn and to The International Dateline and as a result, as I mentioned some weeks ago, Cunard are providing us with an extra day tomorrow. It will be free of charge and will be called St Patrick’s Day.  If all this sounds Irish to you – it is.  I am told the day will be spent drinking eating and presumably drifting around the Pacific. And at the end of it it will still be 17 March 2014! 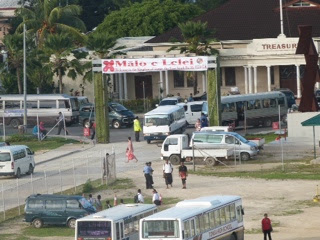 We just missed seeing the King.  We were in Nuku’alofa and near the Royal Palace. We had found a taxi driver who would take us round the island for a reasonable fee.  Later we learned that 10 minutes after we had left, a motorcade arrived returning the King to his Palace from his residence in the middle of the island.
We drove south for miles. Palm tree after palm tree and heavy, thick vegetation with the occasional pretty village with immaculate churches, some lovely houses and many less than lovely ones.  And when the children came out of school they were beautifully dressed in their school uniforms – different bright colours for the different schools. 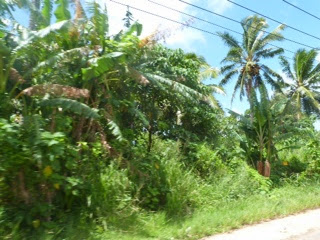 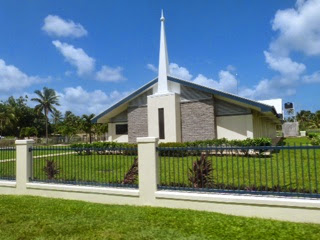 We were shown the blowholes on the south coast where water spouts upwards through the rocks as large waves pound down.  Then we came across a tree in a private garden, where scores of bats were hanging down, sleeping and waiting for dusk. 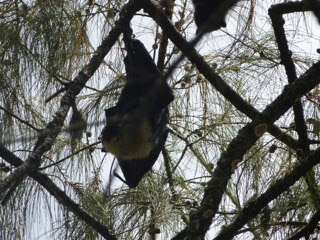 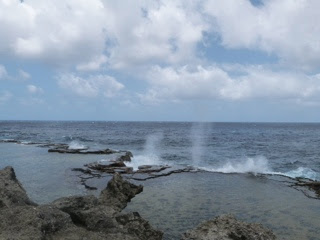 Then, further along the coast, we found an almost deserted beach, ringed by a coral reef beyond which, at weekends, surfers prevail.  It is one of many beaches on the island, the majority of which are found in the southwest. 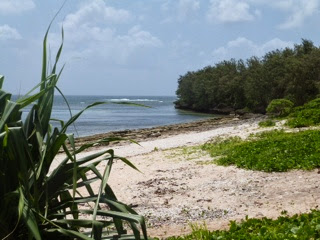 We returned to the ship for lunch after an exhausting morning. After lunch I returned to the town and explored the large market, picking up a few of the items on Mrs Smith’s shopping list. 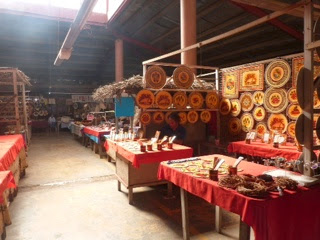 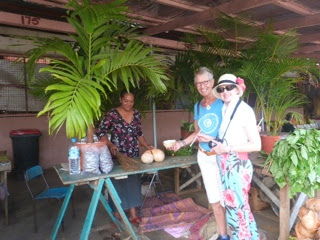 And I met Gaby and Jutta from the ship.  They are both frequent World Voyagers.
Share: