Sam has resolved the error message that some of you had reported receiving when attempting to go back into my blog archive or when you tried to make comments on the blog entries. I should have known it was a matter of resetting the .htaccess! The man is a genius and as a reward I am sending him and his bride to Hawaii tomorrow for their honeymoon!

We have just left Gibraltar. The weather has been glorious all day and we are now heading West before “turning right” for home to quote the Captain. . 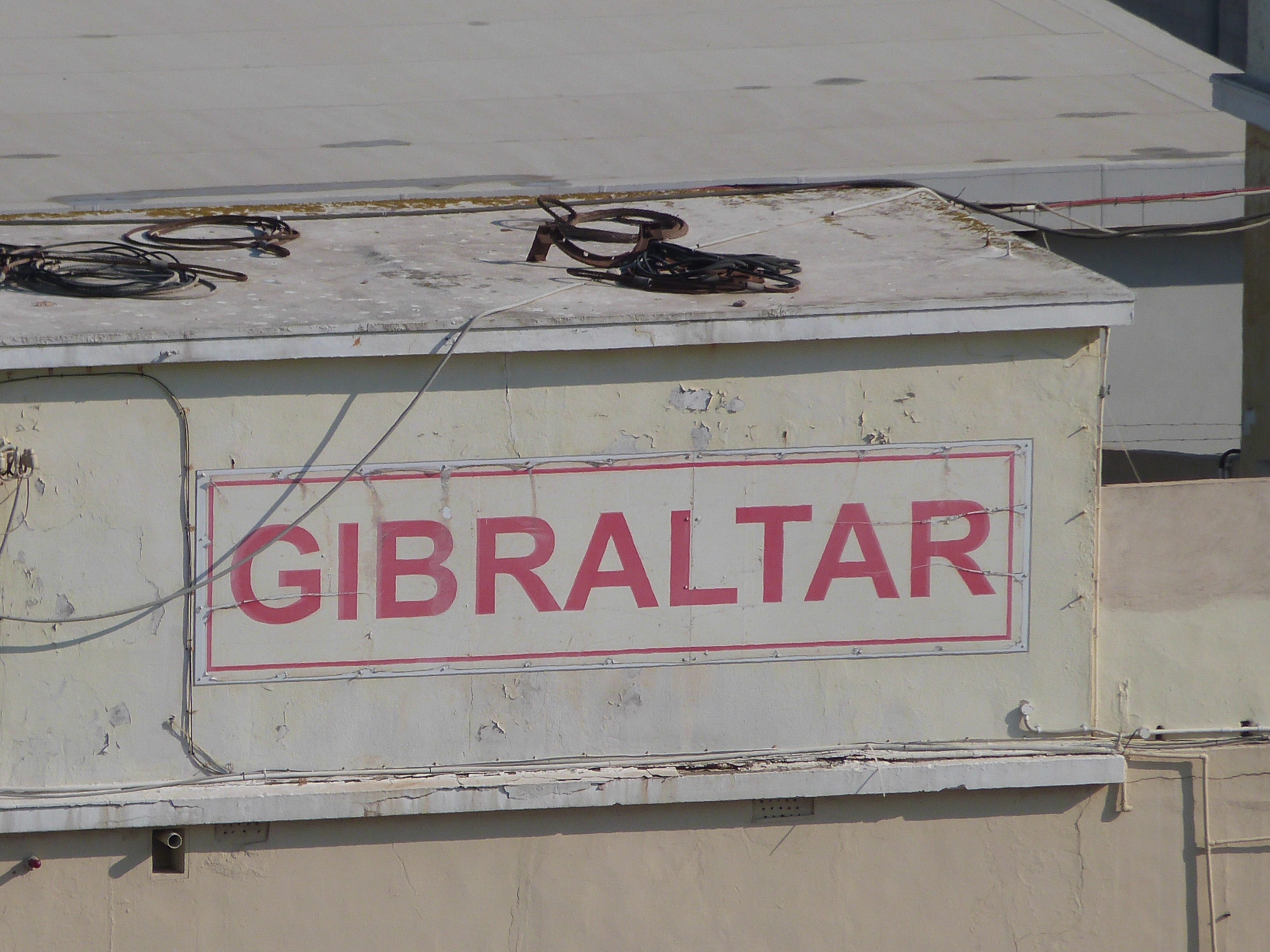 Close by us while berthed in Gibraltar were 2 superyachts, the Clio, 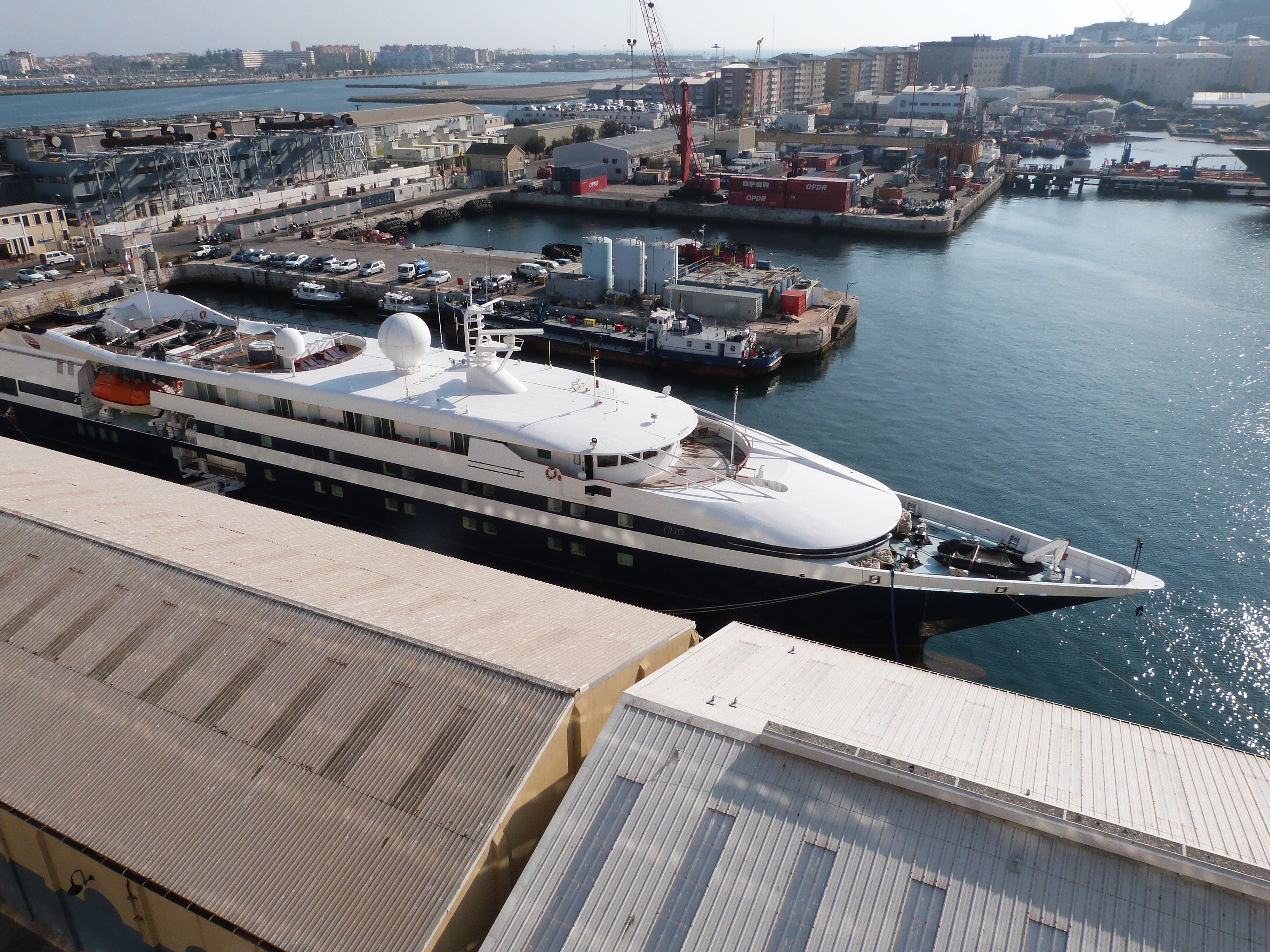 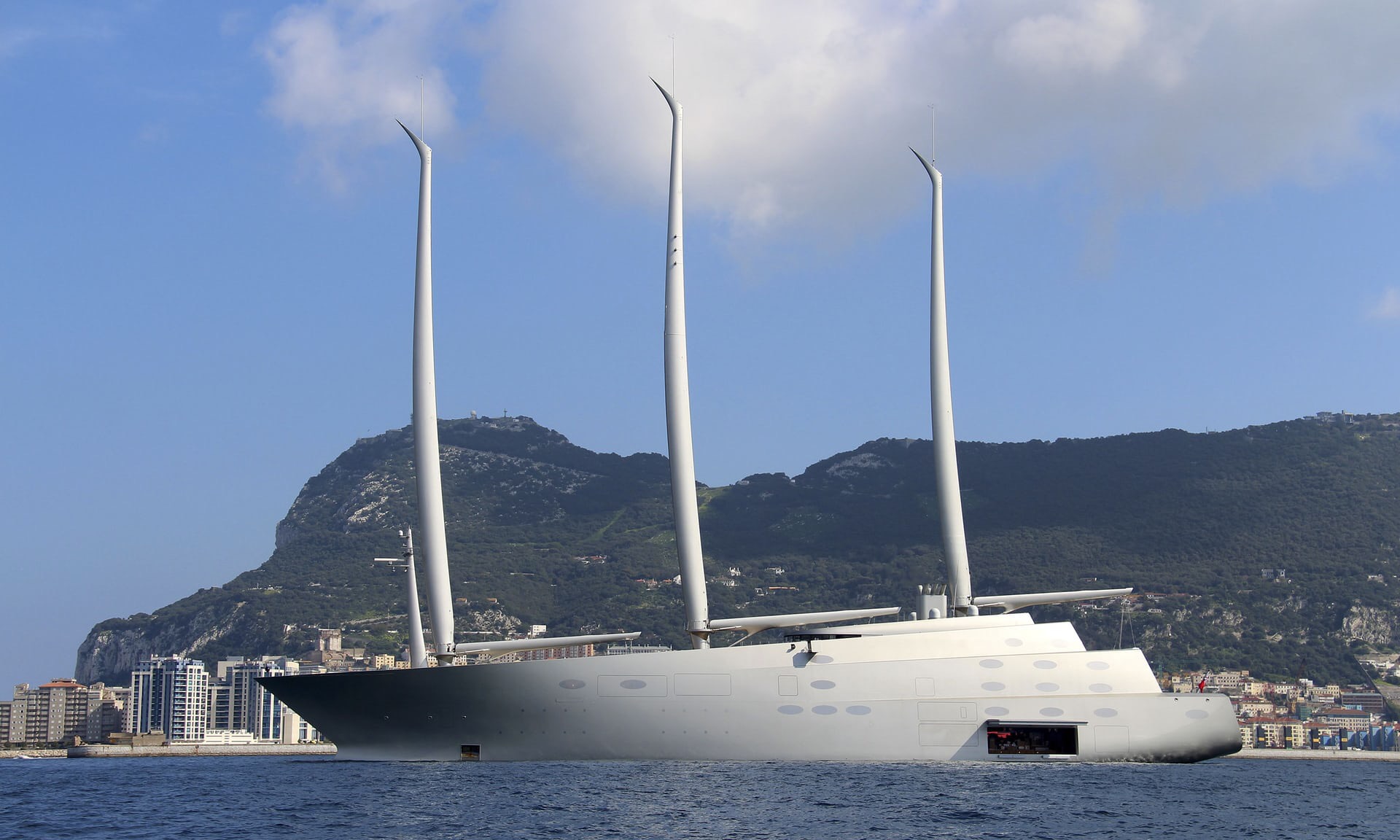 which has apparently been impounded by the authorities following a dispute between the boat yard and the Russian billionaire who commissioned it. A small dispute over a final payment of about €5million, it seems, but my information may be out of date.

Yesterday my Godmother Ethel Child was 100 years old. She was my mother Wyn’s best friend and was the most remarkable god mother. Throughout my life she sent me a calendar every Christmas – usually a Lincolnshire calendar. She lived for as long as I can remember in Grimoldby, near Louth. As we were away I couldn’t make it to the party yesterday but her daughter Cherry tells me it went well. It was probably not as lively as the party here.

We had the comedian John Evans on first – a brilliant comic and later we had the Crew Talent Show. Some amazing singers and dancers from amongst the crew, followed by some well known corny old Cunard sketches. The theatre was packed.

Today the departure from Gib was billed as the Great BRITISH Sailaway. We left at about 1400 and bearing in mind that most of the guests are older than me, it was pretty hectic. Drinking, singing and Union Jack waving under hot sun. I was hoping to see a Spanish gunboat, but there were none to be seen. 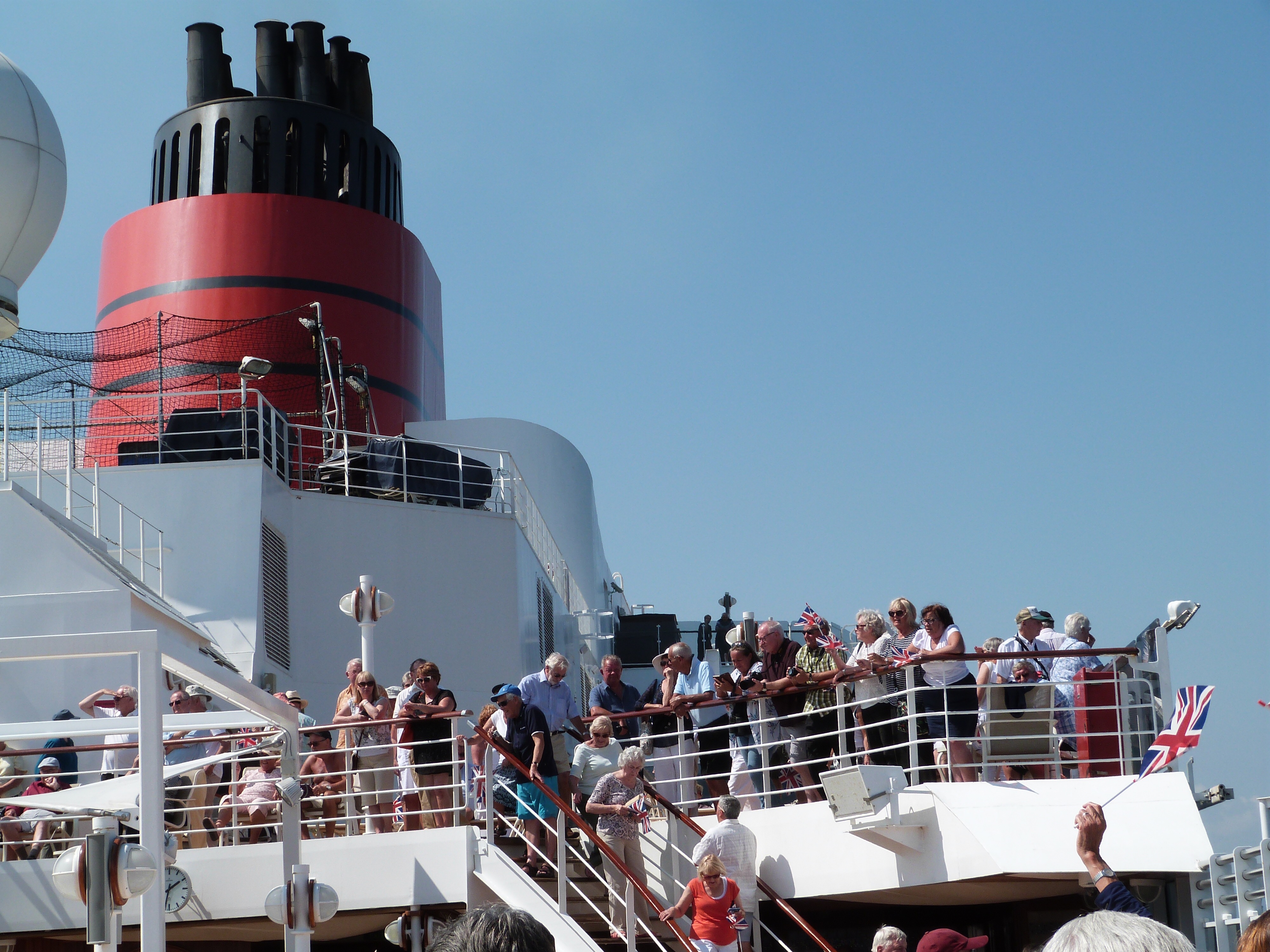 3 Replies to “On our way home”