The sun is shining and the 8 metre waves and Force 8 gale have been left behind. We are some 200 miles from Lisbon and will be on our berth in Funchal, Madeira by 0800 tomorrow.

Today we were entertained by the legendary voice of F1 and motorsport – Murray Walker. He was due to speak at 1100 this morning, Wednesday, but the start was delayed as they tried to shoehorn into the theatre the masses of people who wanted to listen to him. He was brilliant, telling plenty of stories about the personalities of the motor racing world and a multitude of tales of his gaffes while commentating. He is of course renowned for his faux pas, many of which he told against himself. 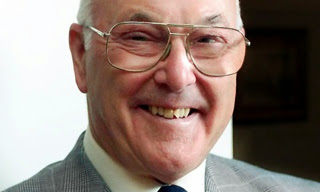 He also revealed that during the eleven years that he commentated with James Hunt for the BBC, if the Grand Prix was outside Europe, the two of them sat in the BBC studios in Shepherds Bush. They watched the race on a small monitor, pretending that they were actually in Japan or South America or wherever the racing was taking place!
On checking Wikipedia I have found that Murray Walker is 91 which I find amazing. He seemed much younger. He is giving one further talk later in the voyage and will also be taking part in a Q&A session.
Tonight if the Commodore’s Reception in the Queen’s room. Jane will be trying out the latest piece of equipment made for her by a volunteer from a charity known as Remap. She has found it difficult at cocktail parties to drive the wheelchair when holding a wine glass and canapes! Her OT recommended Remap.
Remap is a National charity and has a number of volunteer engineers who are in the main retired, but who love making things for people with disablities. They will design and make bits of equipment that are not available on the market. Mike, who lives about 200 yards from us, was asked by the charity to contact us. He discussed what was needed, made measurements, prepared prototypes and within a fortnight had produed the finished article, which will have its first trial tonight! Mike’s workmanship was exceptional.
The volunteer gives his time free, the charity bears the cost of materials and the charity survives by recipients making donations where they are able to do so. Remap has a website which has links to Remapedia where examples of their work can be found. I am sure there are many people who could benefit from the expertise of their engineers. They have the equipment and the machinery and the skills and are looking for nice projects! Please be generous, if you can, if you do make use of their engineer’s skills! 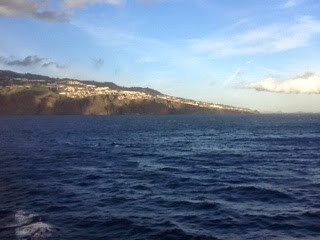