We spent our honeymoon in Las Palmas on the island of Gran Canaria all those years ago. And we also used to come to the island for Easter holidays when Louise and Michael were small. We usually stayed at the Costa Canaria Hotel in San Augustin. 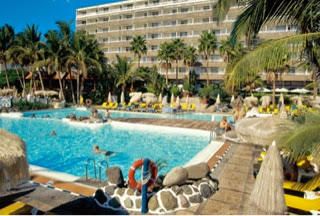 We also had a wonderful holiday with the Holts in Maspolomas when Katie and Louise were toddlers. That place made headlines last week when a boatload of refugees from Africa arrived on the beach amongst a group of naked gay men, who quickly scattered, fearing that the boat people might be infected with ebola. 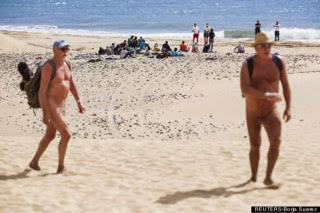 When Jane and I came to Las Palmas on the maiden voyage of Queen Mary 2 – our first cruise together – in 2004, we decided to locate the honeymoon hotel and were somewhat upset to find that it had been converted into what looked to be a rather run down apartment block!
This time we thought we would take a taxi to the south of the island and find the Costa Canaria, but before leaving the ship I looked at Trip Advisor which revealed that the hotel was in the middle of major renovations. There were some very disgruntled holidaymakers who had sent in negative reviews. So we decided to give the south a miss.
We wandered into Las Palmas and were about to watch some traditional dancing in the square, when the heavens opened. We scurried to a cafe with large umbrellas outside. The dancers fled and we eventually ventured across town, but the threat of more rain curtailed our exploration. 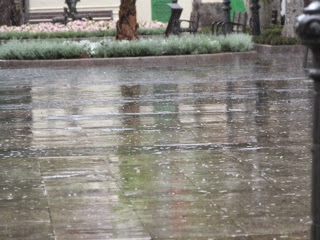 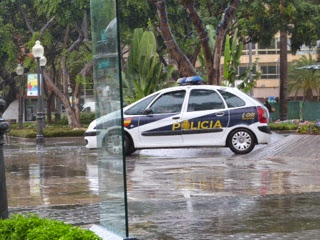