Livorno is the gateway to Pisa and Florence, but because of the distances involved and the fact that we had been to Pisa before, we decided to explore Livorno. 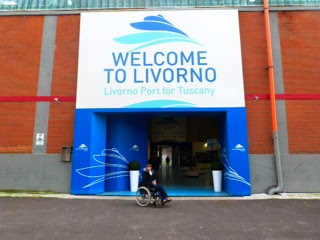 Reports about Florence indicated that it was not wheelchair friendly and that paths were narrow and cobbled. We are sorry though that we have not been there.
The “wheelchair friendly” shuttle to get us from the ship to the centre of Livono was provided by the city but was less than satisfactory. After a lengthy wait the vehicle arrived. It had a ramp but was designed to take one wheelchair. The driver crammed in many more than that, but none of them were secured in any way, and had there been any heavy braking during the journey, there would have been mayhem. In the event we survived!
Livorno was not the greatest city we have explored, but it was fun and it was a Saturday and the weather was good. We quickly found the large open air market which sold just about everything, including a multitude of fake Prada handbags being offered for sale by men from north Africa? We heard that it is illegal to buy fakes; and that buyers can be arrested and fined. So no Prada handbag for Louise or for Mike for Christmas!
The indoor market nearby was extraordinary. 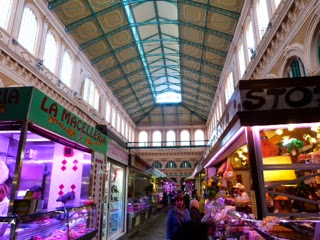 A beautiful building and a multitude of butchers. There were other foods for sale but every other outlet was a butcher selling a vast array of meats. How many small butchers shops can you find in a UK town these days? 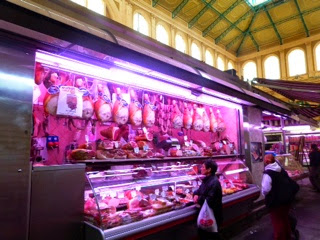 Next day we were in Ajaccio, Corsica. Deputy Captain Love announced our arrival with the standard notices and said that the mist/fog enveloping the town would lift to give us a sunny, warm day. In fact it lifted just as we departed! 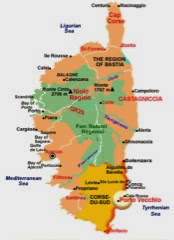 The Smith family spent many happy and active holidays further south in Corsica in the late eighties and the nineties with Mark Warner. Sailing, windsurfing, waterskiing and tennis. And al fresco meals with plenty of beer and wine. They were great and we enjoyed 13 Mark Warner holidays during that time making many lifelong friends. The very first such holiday was near to Porto Vecchio on the east coast at the Hotel Ziglione. 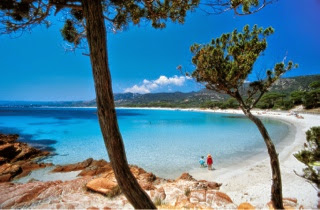 Later we found our favourite – Club Marinca opposite Propriano on the bay of that name. A wonderful venue. 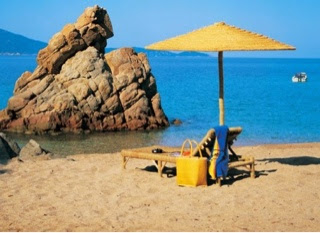 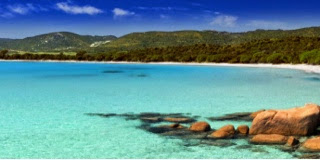 But back to Ajaccio and November 2014. We thought we had sailed into the port before but were wrong. Earlier voyages had taken us to Calvi and to Bastia – both further north. Corsica is a big Island. No 4 in size in the Med. But because its mountains are so dominant the roads are difficult and travel is slow. In the days of Mark Warner we rarely left the hotel, not only because of the transport problems, but because of the bandits and the shootings.
Propriano was allegedly a Mafioso stronghold, and at night we occasionally heard shots fired from the other side of the bay. Traffic signs were regularly riddled with bullet holes. And one year we arrived at Marinca to find that the boathouse and bar on the beach had been blown up by rebels who wanted Independence from France. The boats had been blown up too – which was good for us as it meant a brand new fleet of Lasers, windsurfs and waterski boats!
On Sunday Ajaccio was busy. The locals were out in force, and although the shops were closed the cafes in the square were open and there was a small market not far from the ship. We wandered off away from the centre and during our travels met Commodore Rind and his wife Julie. He was in civvies wearing a casual shirt and a large straw hat! 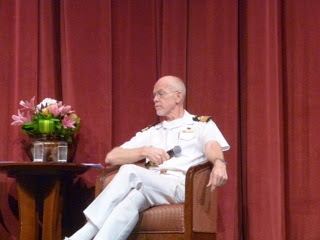 This is him in uniform.
We moved on and found a castle with a moat. This one didn’t contain poppies but a goat and two donkeys! 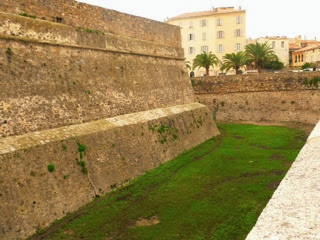 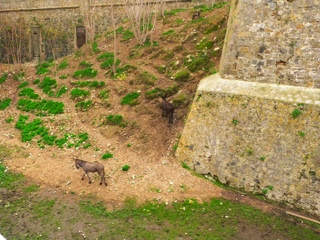