Skip to content
Barcelona is a magical place. Walking up La Rambla sets the scene. Although it was 1 December it was busy with plenty of tourists and many of them were Spanish. 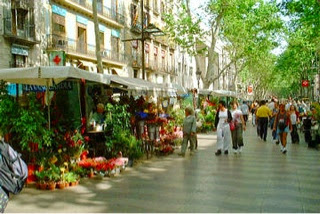 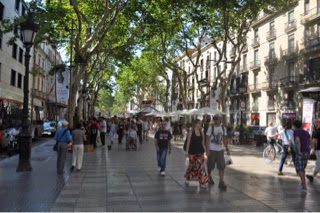 We set off to explore the narrow, traffic free streets off La Rambla to the east. There were multitudes of neat, small shops and galleries. Jane always wants to stop at every shoe shop, but as there were so many, it was agreed that we would only look into every other one. This one was magical. 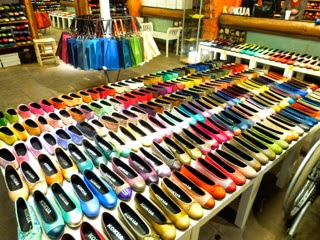 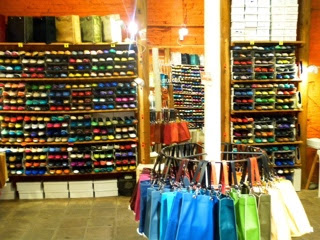 When I took out my camera, the assistant asked me to restrict my pictures to general ones, rather than close ups. I’m not sure if she thought I was going to set up in opposition!

My intention was to move slowly north so that we eventually found ourselves outside El 4 Gats – a favourite restaurant recommended by Nigel Freer some years ago. 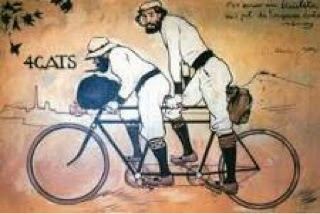 It was a regular meeting place for Picasso and his chums. Jane was reluctant to have lunch, but I hoped to persuade her otherwise. I failed!

We then came across a Christmas market, which appeared to have only opened that morning. The usual tat, but Jane came across a stall packed with miniatures (which she loves) so we had to peer at hundreds of small Christmas baubles. 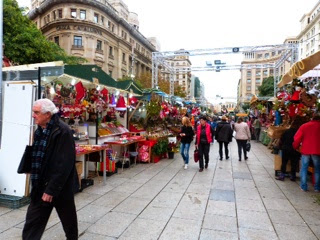 Our return to the ship was eventful. One of the shuttle buses had a lift which took a wheelchair and its rider some 8 feet up to the seating level of the coach.
At the ship, the first one out was an elderly man on a mobility scooter. His wife was bossy and he was clearly nervous about manoevering the vehicle onto the lift platform which had no guard rails round it. He would be driving out onto a platform sticking out the side of the coach and 8 foot off the ground.
The coach driver operating the lift was standing on the ground. I could tell that the old boy was having trouble so got myself behind him to encourage him. He lined himself up and told his wife to ‘shut up’. He gripped the handle bar too tightly and in so doing pulled the accelerator and shot forward on to the lift platform and over the front of it!
I grabbed the old boy and the back of the scooter and the bus driver pushed the front of the vehicle into the air. The old chap eventually let go of the accelerator and we pulled him back. It took us some time to coax him off! 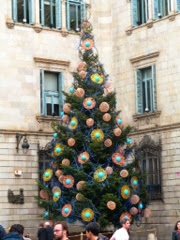