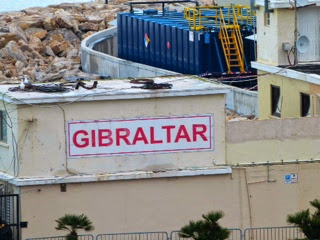 I can never get very excited about Gibraltar. It’s something to do with the Apes (actually they are monkeys and not apes). Jane loves to see them, but to me they are dirty, horrble, little scavengers that jump on your head, steal your sunglasses, cameras and mobile phones and eat your ice creams and sweets. And they bite if you annoy them! They live on the Upper Rock and they leave the area covered in their debris. Keep well clear is my advice! 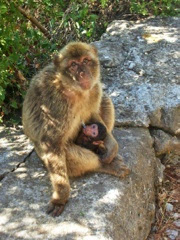 Sadly it rained for most of the time we were ashore. That meant that we didn’t make it up the Rock and so Jane missed the Barbary apes! But the downside for me was that it did mean that I had to commit to more shoe shops and to the dreaded M&S. Small though, so less to see and very little Per Una. I did find Jane some very nice black ankle boots, which passed the test, as they were easy to get on. Some of her favourite shoes can be a nightmare.
Those of you that have flown planes into Gibraltar will know that the flight path can be blocked by cruise ships. It didn’t happen to us this time, but I do recall our arrival, on one occasion, being delayed until the BA flight from London had landed. 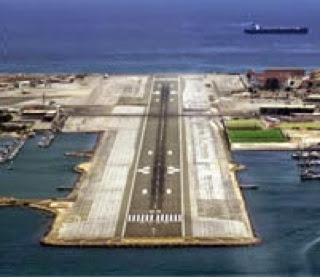 The ship has now been decorated for Christmas and looks fabulous. Immaculate Christmas trees have appeared all over the ship. 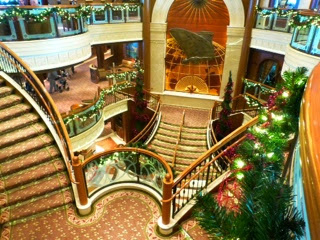 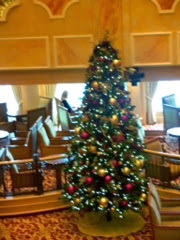 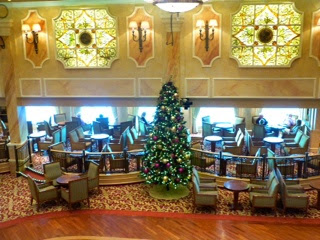 And after our departure from Gibraltar we had a day at sea and then the final port, La Coruna.
Share: