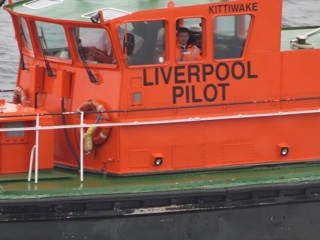 You will no doubt have seen the TV coverage. It was a fantastic day. As we approached the entrance to the Mersey, we could see hundreds of people on the beaches. The tide was out and many of them had walked out on the wet sand to the water’s edge to get a closer view. 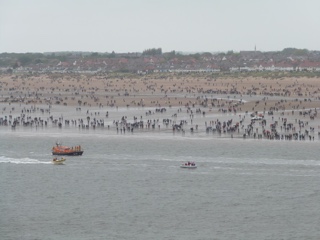 Queen Victoria had joined us before we reached the mouth of the Mersey and followed us. She stayed about a mile behind in the early stages, but gradually moved closer.
As we began to sail into the river, it became clear that the predicted crowds of between one and two million were there. Massive crowds were amassing on both the Birkenhead and the Liverpool sides. 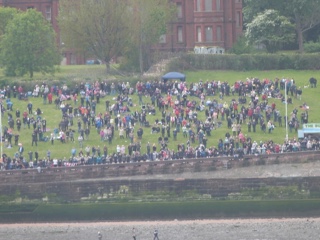 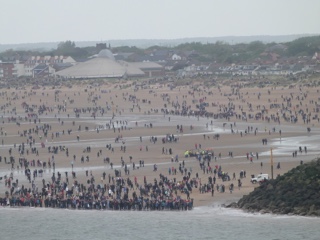 We could see Queen Mary in the distance. She had been on the berth overnight and had cast her lines at about 10.45am and set off towards us. The 3 Queens met and then sailed south in formation. 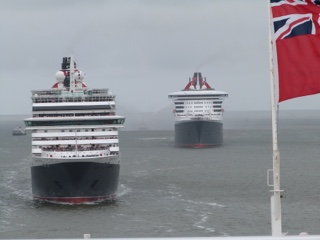 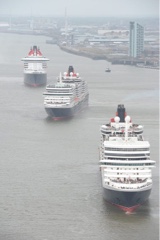 There then followed a turn of 180 degrees by all three Queens, so that we were all facing north. 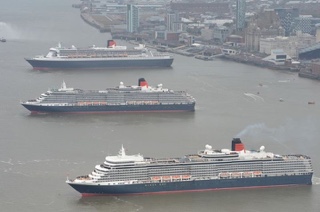 And then, the 3 Captains manoeuvred the ships into an arrowhead formation with QM2 in the middle, QE on her starboard side and QV to port. 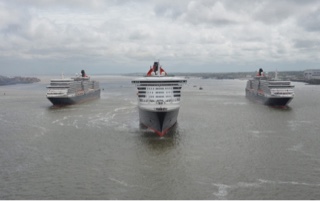 We seemed to be very close together. 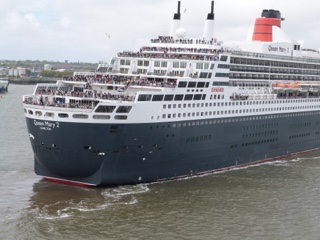 You will appreciate that I have had to “borrow” one or two photos from Cunard to show all 3 ships together.
During these manoeuvres at 1.50pm the Red Arrows graced us with their presence. Most of us were not quick enough with our cameras. We had expected them to come up or down the river. In fact they came across it from the Birkenhead side. The professional photographers saved the day! 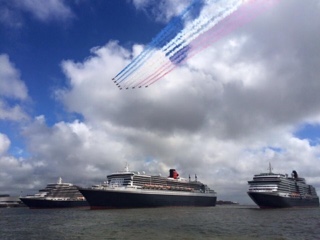 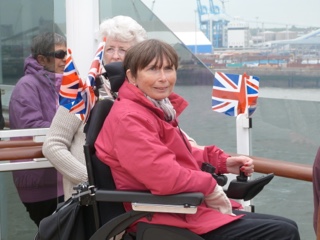 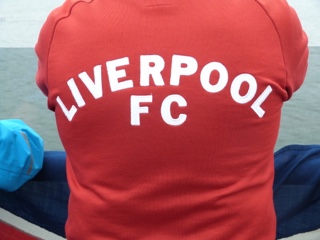 A passenger reminding us where we were. There were a number of Liverpudlians on the ship, but they were outnumbered by the 646 Aussies who were aboard. 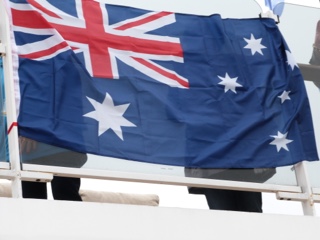 At about 2.15pm QM2 left the party and headed for Southampton. QE moored on the berth and QV anchored in the Mersey about a mile from us. 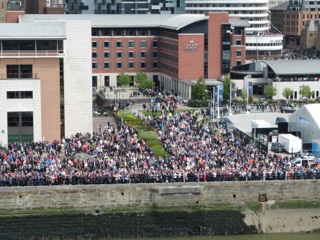 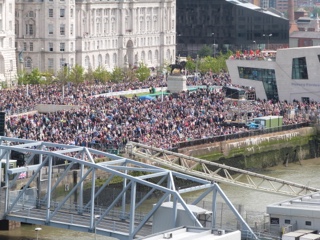 You can see the vast crowds in the vicinity of the Three Graces. The old Cunard building had the Cunard flag and the 175 flags flying on the roof. 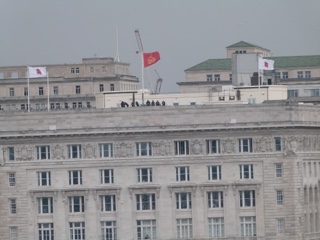 Before we went ashore we were treated to a display by Spider-Man hoisted above the river on plumes of water. 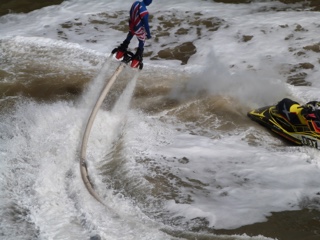 Jane and I ventured out to the Albert Dock area where every building appeared to be a restaurant or a bar – all packed with people. Some imitation Cunard bellboys were to be found outside the old Cunard building. 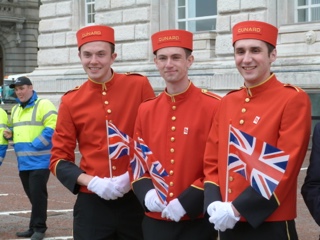 In the evening, at 10.30pm, there was a firework display which was launched from a barge between us and QV. 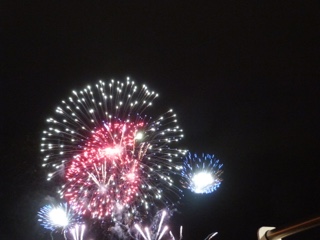 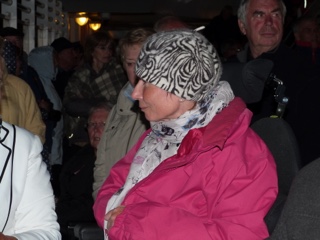 And then, to round off the day, we were entertained by a tribute band – The Cheatles – in the Royal Court Theatre. And very good they were too. Particularly “Paul”. 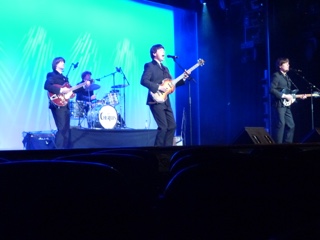 Queen Elizabeth left the berth once the fireworks had finished, and set sail for Southampton. Queen Victoria then moved across to the berth and stayed overnight in Liverpool. She was due to arrive in Southampton the day after QM2 and QE.
A fantastic day that Cunard will be very proud to have organised. The Liverpool authorities announced that it was the largest ever event to have taken place in Liverpool. 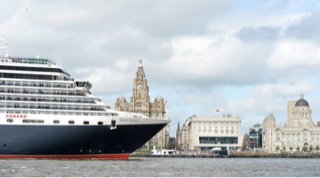