We went round Easter Island yesterday. It might seem a strange thing to do bearing in mind that it is so remote and took us nearly 4 days to get there from Chile. Although you can fly there, and smaller ships do visit, we were considered to be too large. 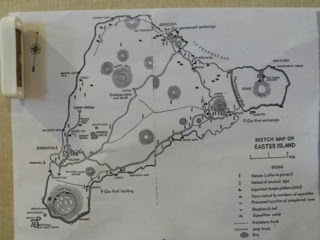 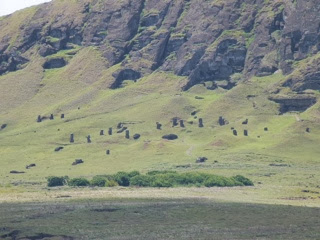 We knew what to expect from lectures aboard. A volcanic island 15 miles by 8 and triangular and well known for its giant moai – stone heads, sometimes in rows and sometimes dotted about on their own. Their origin is a little blurred. They look inland and it appears that they are thought to keep the villages they overlook safe. 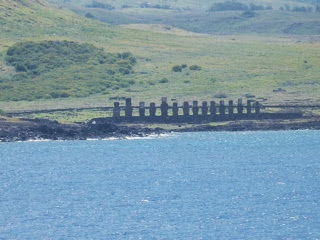 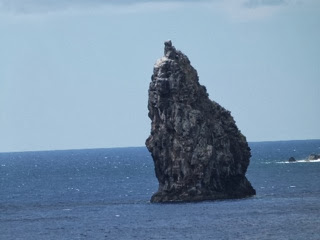 We approached the island at about 1600 hours and cruised along the southern side, about half a mile offshore, round the small islands at the western end, and then along the northern side before turning round and heading off on a westerley course towards Tahiti. It took about 2 hours to round the island. We had a commentary from one of the guest lecturers who knows the island well and he pointed out the landmarks and the giant stone moai. 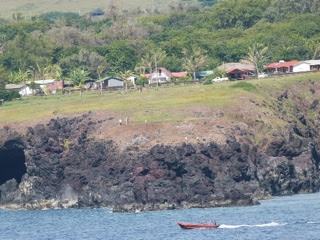 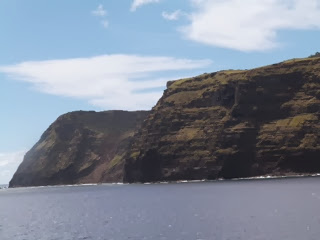 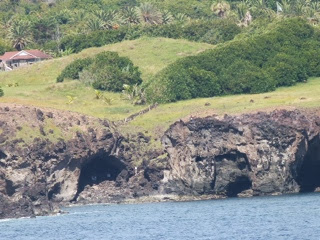 Then it was off to Pitcairn and Tahiti and the rest of Polynesia.
Share: