You will all know the history of Cadiz and won’t need me to repeat it. Jane and I have been here before, so if you need any more lectures on the topic, you could look back in my blogs and you will find an earlier report on Cadiz. But the problem reported back to me this morning from the UK is that earlier blogs draw an error message, so don’t try that for a day or two.

My blog guru, Sam is marrying niece Katie on Saturday north of Lucca. It’s our niece he’s marrying – not his niece. So I’m sure he won’t have time to look at this blog problem for quite some time.

So to help just a little with the history, Cadiz is the oldest inhabited town in the western world, with 3000 years of history. It is said that by 1770 as a result of peaceful trading with the American Colonies, Cadiz was wealthier than London. But 30 years later along came Horatio Nelson who bombarded the city and five years later Nelson defeated Villeneuve’s fleet at the Battle of Trafalgar. 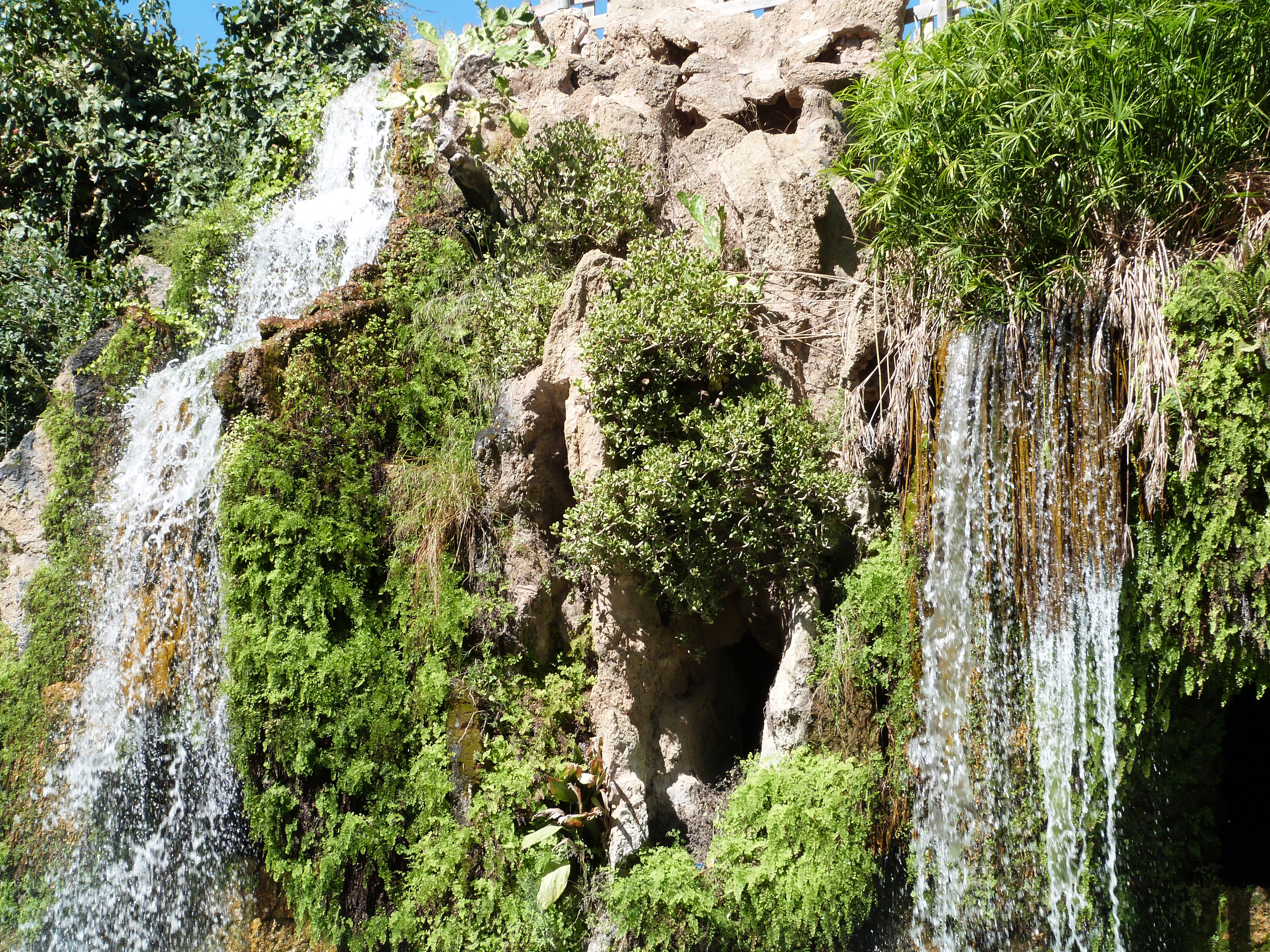 We were advised to turn right out of the docks and walk round the town on an anti clockwise circuit. That worked really well and Kim manoeuvred us from park to park (both the ladies are keen gardeners and wanted to see the wide variety of trees and plants). As we walked the sea was always on our right.
While they studied the plants, I found a photo shoot. A beautiful young woman was surrounded by photographers, beauticians and dressers.  I volunteered to help, but in the end I had to get to the back of the queue and take a photo. 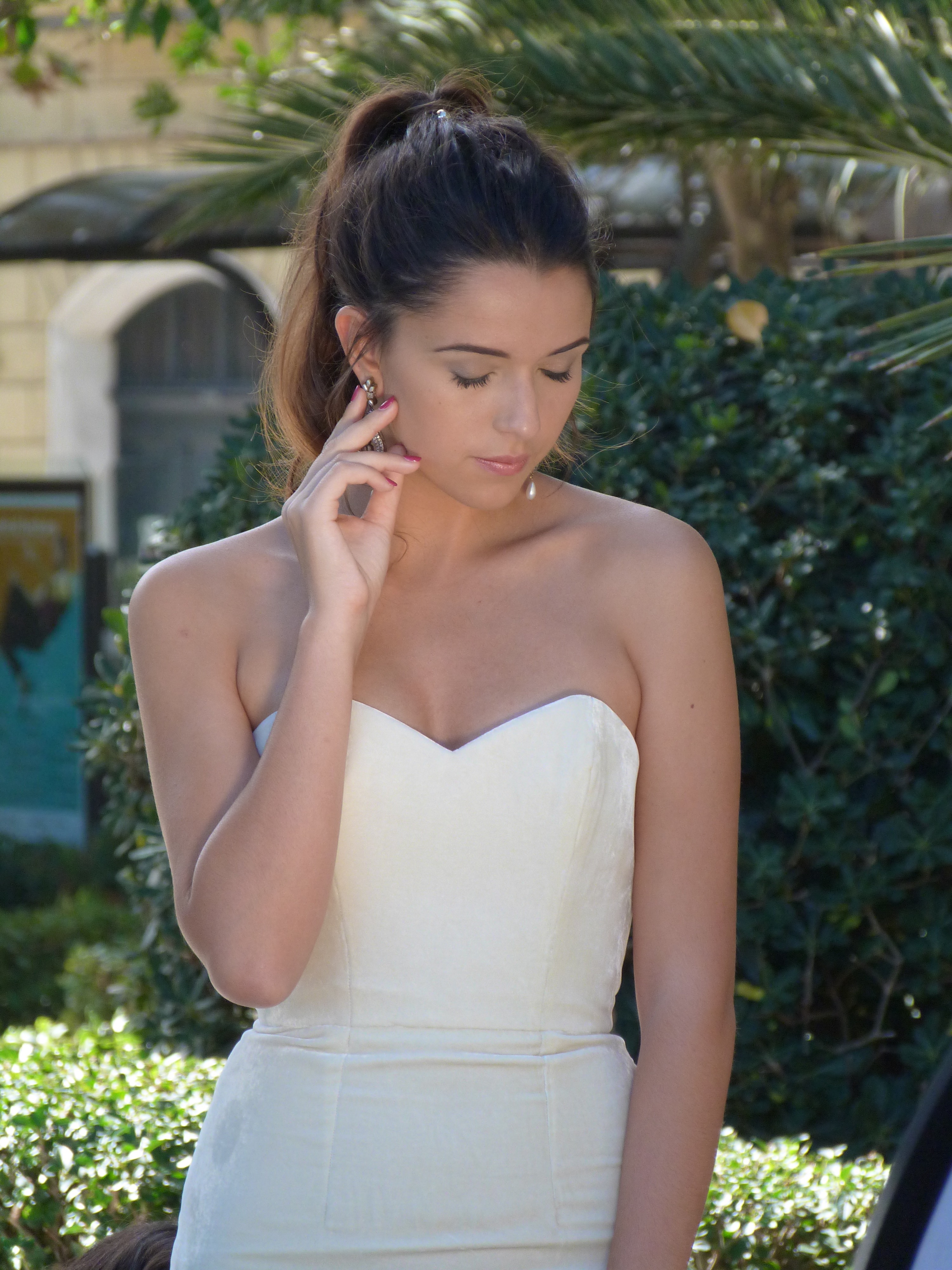 As we walked further we found parts of Cadiz that we had seen in a taxi last time. Old forts and castles. Plenty of men fishing from the ramparts and then, as we reached the half way point on our circuit of what is in effect an island, we found the towns beach. The tide was out but the sun was shining and it was hot. And plenty of locals were enjoying an early afternoon siesta on the beach. 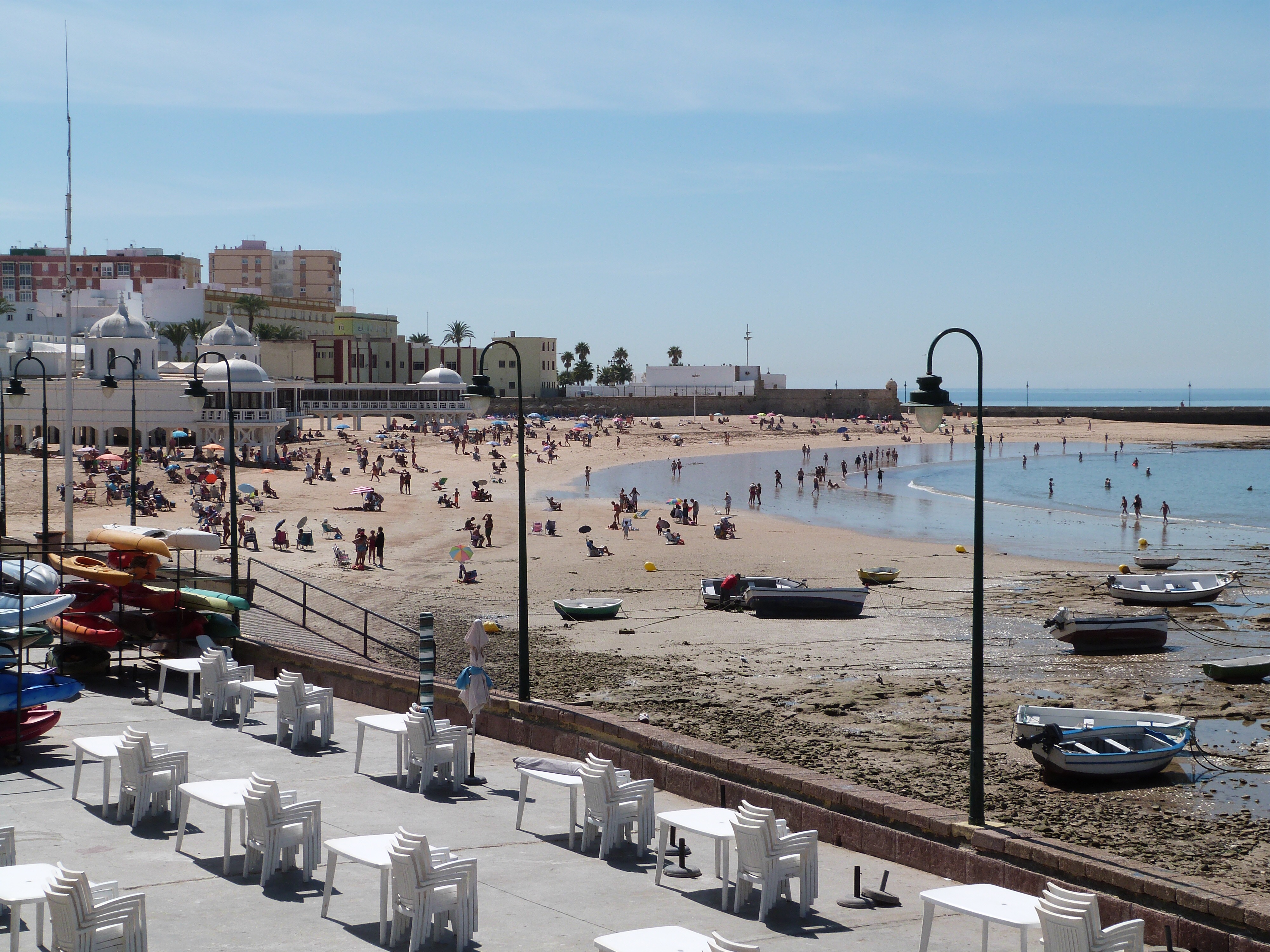 We then turned inwards, away from the beach, past the cathedral and headed back towards the ship. After crossing a couple of beautiful squares we could see the ship in the distance. Kim had read the map beautifully. 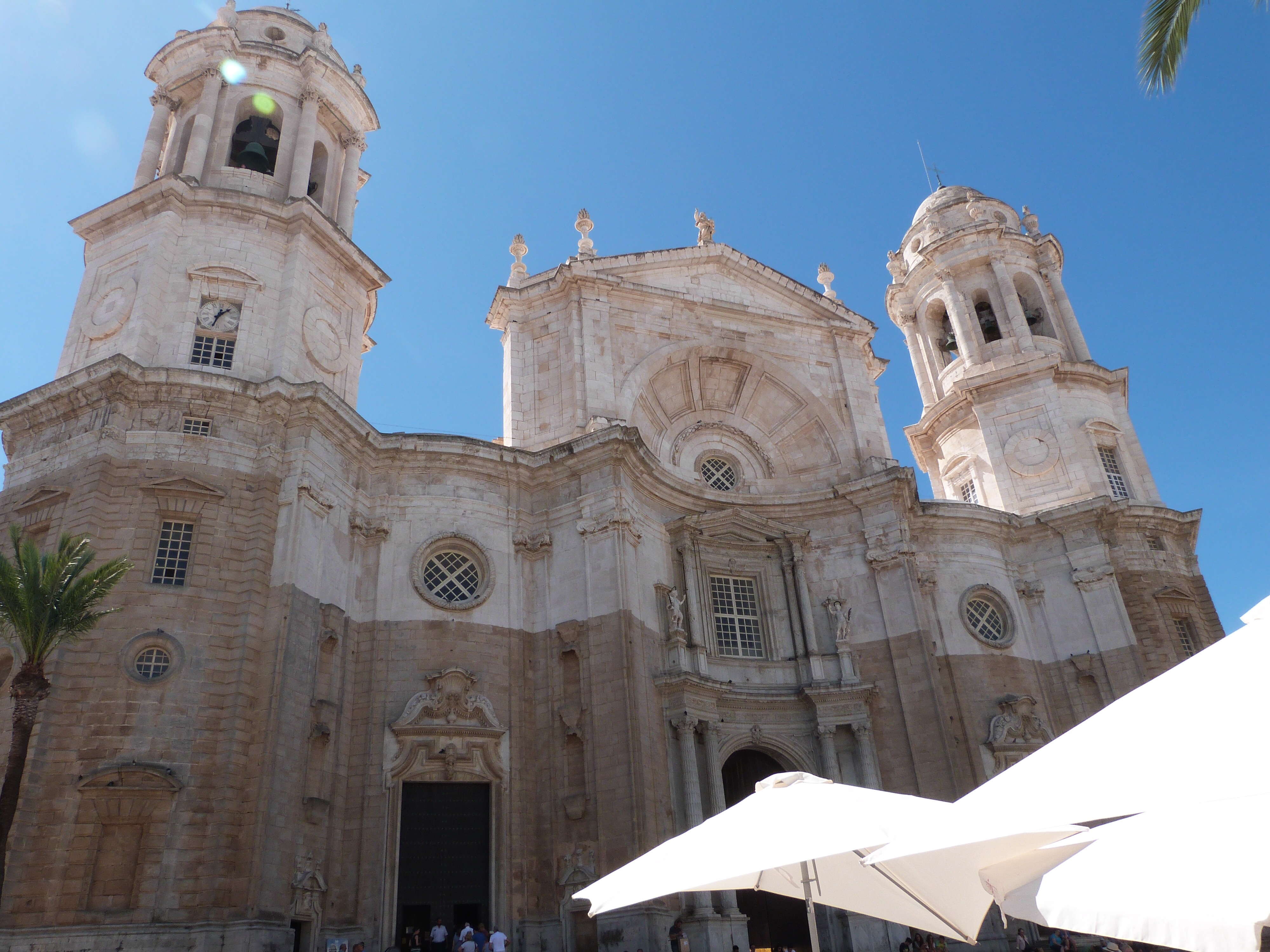 As we neared the port, in a lovely narrow street of shops we met Captain Ian Macnaught and his wife Susan. Ian was the 31st Captain of the QE 2 and was one of. the youngest. He was also the last Captain of QE2.

Jane and I met him first when he invited us to sit at his table. In those days an invitation to sit at the Captain’s table meant that you sat at his table for every meal.” Why would I want to sit with the staff” say all those people who don’t get invited! We were only invited because my father had been No 2 on the list of QE2 Captains.

That cruise was to to the Norwegian Fiords. Often another officer would sit at the table in place of the Captain and when I asked Ian why that was, he told me that he had to be on the bridge most of the time negotiating the narrow fiords, because he didn’t want to be the first Captain to run QE2 aground!

We also sailed on QE2 with Ian on the final voyage to Dubai. On that 18 day voyage through the Med and Suez Canal the ship was packed with QE2 fanatics. It was sold out on line in 36 minutes.