Skip to content
What a great day in Antigua. Prince Harry was here a couple of days ago, but on hearing that we were arriving today, he shot off to St Kitts. We hope to catch up with him shortly.
Marlene Sanders had organised the day for us, and she arrived with Jenny Holloway exactly as arranged. We met at Sunseakers, a clothing store at Heritage Quay.  We then poured Jane into the car and set off for the south coast and Shirley Heights and Nelsons Dockyard at English Harbour. Marlene knows the island well having had homes there for more than 30 years and she made an excellent tour guide.This is one of the views from Shirley Heights. Spectacular. 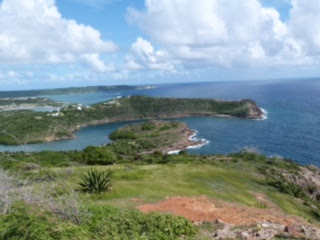 Then it was down to Nelson’s Dockyard. Colin and Derek had apparently been left at home to carry out some chores, but we found them in a bar in the Dockyard. Inevitably we joined them for our first Rum Punch of the holiday. 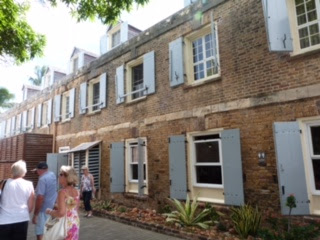 A bit of background. In the 18/19 centuries, Antigua was the principal Eastern Caribbean Naval base for the British. Nelson, Rodney, Hood and Jarvis all made the dockyard at English Harbour their headquarters. Construction of the dockyard where it is now began in 1725 and when Nelson was appointed in 1784 it was fully equipped. Later it fell into disrepair, but it has been restored beautifully and English Harbour is now a base for modern yachts and motor cruisers. 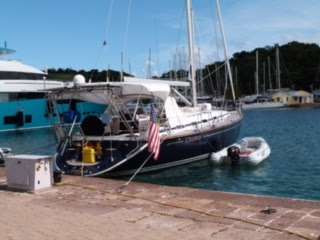 After a conducted tour of the dockyard with Colin addressing us on the history, we crossed to the old gunpowder magazine, now converted to a restaurant aptly named Boom. We had a wonderful lunch looking out over the harbour, washed down with some excellent wines. 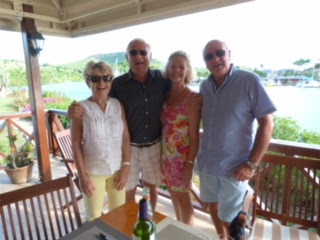 The Sanders and the Holloways were in excellent form! Colin then drove us back to the ship to round off a brilliant first visit by us to Antigua.
Share: