Sydney has to be one of the world’s top ciites.  I woke to my alarm at 0500 and shot out onto the balcony expecting to see the approach into Sydney Harbour through the Heads. I was too late.  By then we were passing the Opera House and approaching our berth.  And it was still dark, so an earlier alarm call would not have helped! 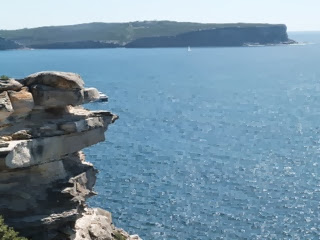 The Overseas Passenger Terminal where we were berthed is in the heart of the city.  Southampton and ABP could learn so much from Sydney.  There are restaurants, shops and hotels overlooking the cruise ships.  The port is buzzing with people.  Sydney residents love to see the big, modern cruise ships in the middle of their city.  It is great marketing for Sydney and for the cruise lines. 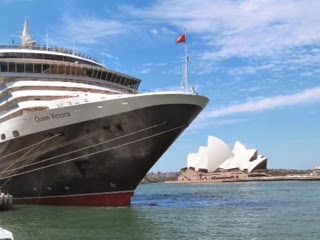 We had been in Sydney in 2006 for 3 days after disembarking from the Sapphire Princess.  We had enjoyed it immensely. On that occasion we had booked a wheelchair friendly tour of the Opera House and, despite it being a sell out, had managed to pick up last minute returns for Swan Lake that evening. Fantastic! 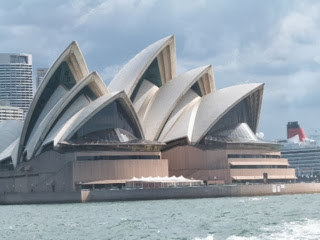 This time we just had the one day. We took a tour of the city in the morning which was excellent and included a visit to Bondi beach.  You may be able to spot me on my surf board. The weather was glorious. 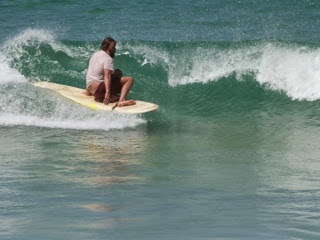 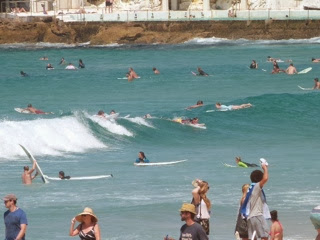 In the afternoon we took a ferry from Circular Quay to the Taronga Zoo.  It is set on a hill and we were bussed to the top and then made our way down with Jane braking hard all the way! The zoo is magnificent although one or two of the animals had clearly had their lunch and were sleeping! 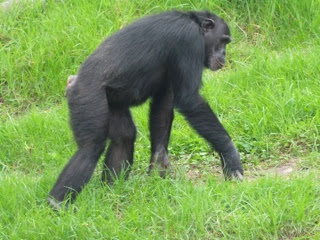 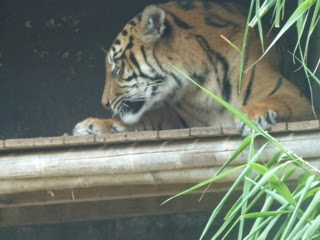 We could see a storm building up over the city and as we neared the exit for the ferry it started to rain heavily with thunder and lightning right above us. The zoo had been remarkably wheelchair friendly up to that point but the route to the ferry appeared to be a flight of steps!
We took shelter and eventually found a staff member who told us the only way out of the zoo was for me to push Jane about a mile uphill to the entrance and the bus!  No chance. 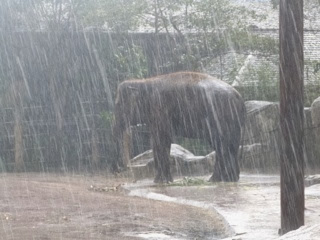 Luckily she was wrong and we were saved by a young lady who knew the way out to the ferry by a hidden slope. It transpired that she was in the marketing team at the zoo and was responsible for signage!  She promised to get new signs installed.
By then the rain storm had subsided and we had a relaxed ferry ride back to the city via Mosman.  A beautiful bay with a marina and surrounded by multi-million dollar homes set into the hill. 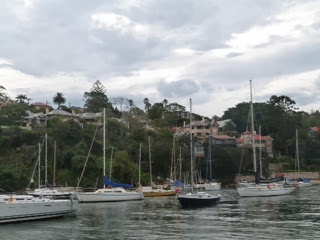 We arrived back at the ship at 1830 in good time for our departure at 2100.  It had been a really great day in a wonderful place. 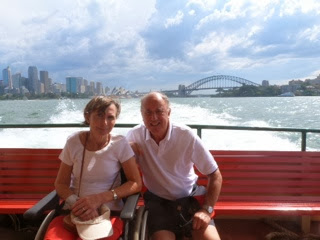