Brisbane marks the halfway point on this epic voyage.  It is difficult to believe that we have been on the ship for nearly two months, but my waistline proves it.

Today we celebrated our first Cunard organised tour on this voyage.  At last they were able to arrange a coach with a wheelchair lift. Queen Victoria berthed some 40 minutes from the city centre, but it was an easy drive in. 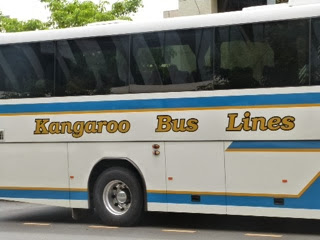 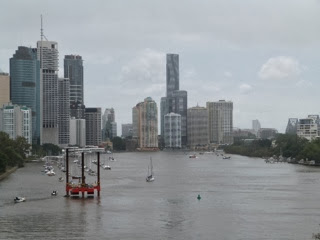 Jenny, a retired teacher was our guide and was exceptional.  During the stops we found out that she knew Southampton well, having worked on the Townsend Thoreson ferries during her gap year in 1968. Jane worked on the same ferries the following year!
And the job had been arranged for Jenny by a family friend who worked with my father on the old Queen Mary. More and more coincidences on this trip!
So what about Brisbane?  We had not been there before.  It is a lovely city and beautifully designed. Admittedly we were taken to the prosperous suburbs, with traditional as well as modern houses, but the whole city had a superb balance between the old and the new. 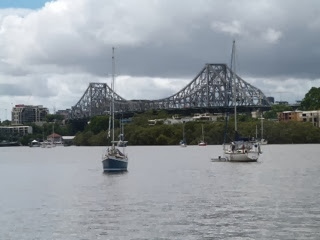 Brisbane is built around the Brisbane River which runs through the city in massive S bends and, as in London, old warehouses and wharfs have been converted into stylish apartments.  In the South Bank area, just across the river from the city’s CBD there is a restaurant and leisure precinct, with art galleries, theatres, museums and exhibition halls. 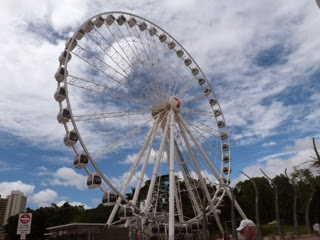 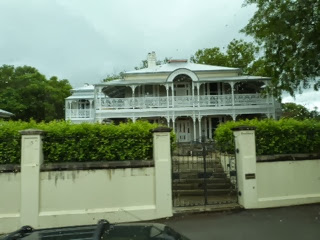 And there is the massive Queen Street shopping area, which thankfully we managed to avoid!
Everywhere you look, on both sides of the river, are marvellous, tastefully renovated, old buildings alongside the new. 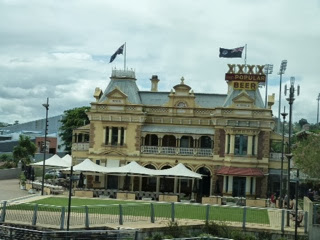 It is a wonderfully vibrant city – clean and pleased to show itself off to anyone who cares to visit. We would love to return here one day.
Share: