After a day at sea on Monday, crossing a benign Bay of Biscay, we awoke on Tuesday morning to find ourselves in the Canal Del Sur. We passed south of the island of San Martin and then followed the Ria De Vigo to our berth in Vigo. 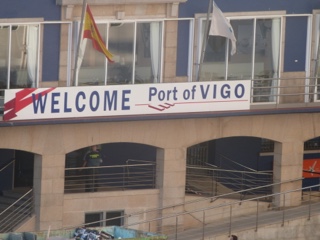 I know that you don’t want to hear the ailments of a cantankerous old blogger, but as many have heard me say over the last 3 or 4 weeks, when I was 16  I had my lateral (or was it left?) discoid meniscus (cartilage) removed from my right knee. Too much of that game called Fives. In those days it meant two weeks in hospital – Lord Mayor Treloar in Alton – so not only did I miss a couple of weeks school, but additionally I was “looked after” by a bevy of 17/18 year old nurses. It was very hard for a young innocent boy like me. 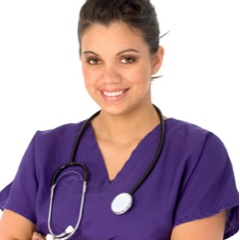 Why am I digressing like this? Well, about 18 months ago my right knee gave way, but by the time I saw a consultant, the knee appeared to be back to normal. He said he thought it was remarkable that it had lasted 54 years! His advice was to do nothing with the knee and hope it settled down. Well it did until about 2 weeks ago. And now it is playing up, just at a time when I need to be pushing the folding wheelchair, with Mrs Smith aboard, up and down the hills of Europe’s finest ports.
We knew Vigo. It’s a big hill. But by choosing the roads that appeared to be the least steep, we were able to tack back and forth until we reached the place that we knew had the best coffee. We didn’t take Jane’s large motorised chair because of worries about kerbs and cobbles, but in fact Vigo is pretty organised and that would have been the answer. 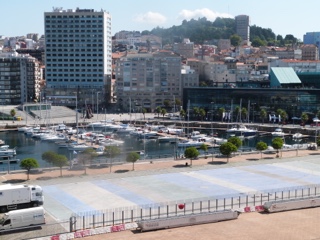 What we did learn was that hills do not suit the knee well. More taxis and buses in the future is the answer.
Tomorrow Lisbon.
Share: