We had never heard of the place before. Dubrovnik and Split are the more usual ports for Cunard in Croatia. This was a maiden port, meaning that Queen Elizabeth had not been here before.

More relevant to Jane was the fact that it would be a tender port and she would not be able to go ashore. The second tender port on this cruise, which she not surprisingly thinks is unfair. And no doubt plenty of other people feel the same. 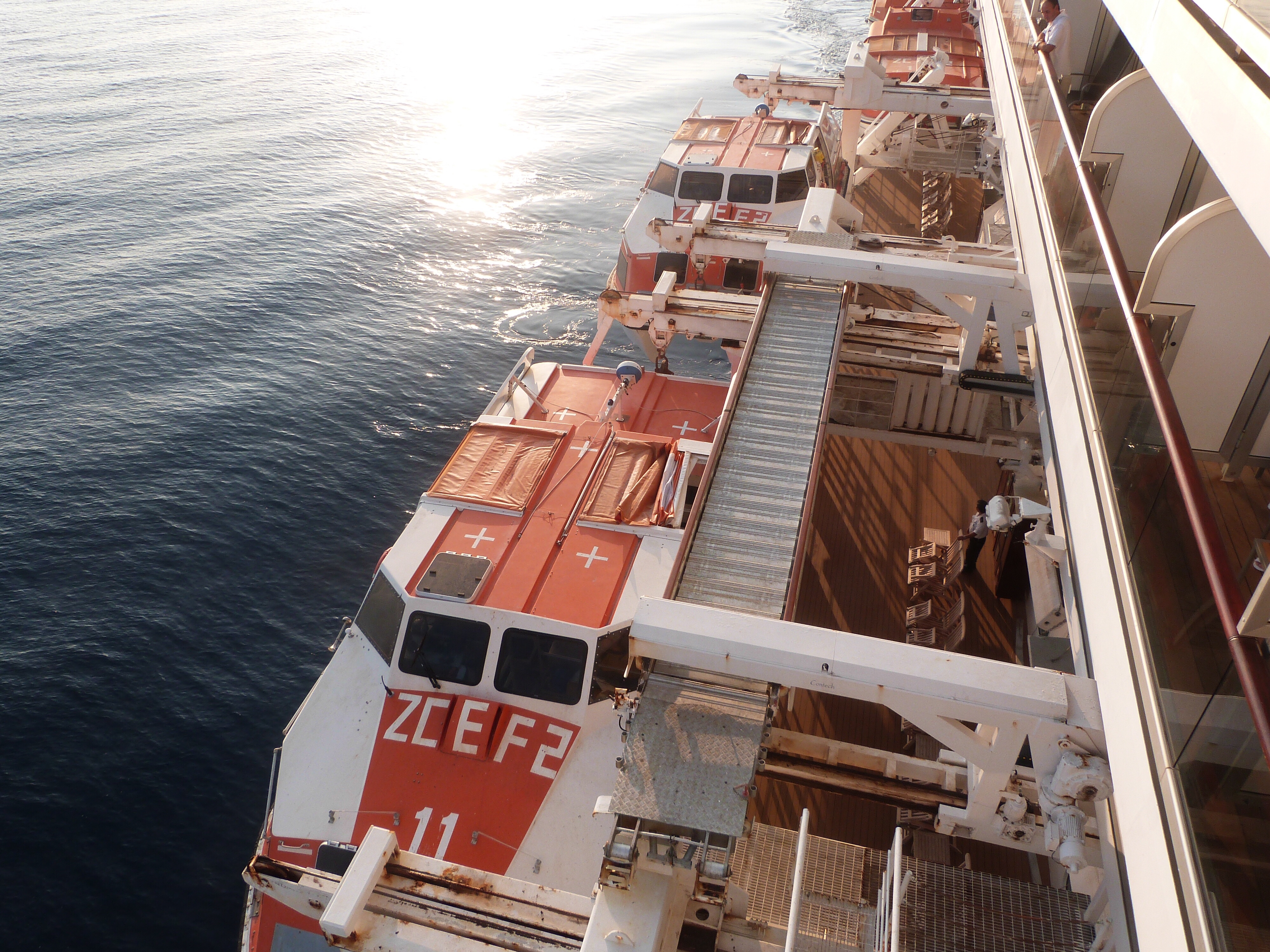 This is a tender which is about to be lowered.

For reasons that I will not publish (but will be happy to tell you about next time we talk) Cunard have tightened up their procedures for getting people ashore in tenders. You have to be able to demonstrate that you can step across two white lines on the floor a yard apart! Additionally, the platform that links the ship and the tender is much more robust than it was.

But back to Sibenik. When the ship arrived in the area where she was to anchor we could see a small harbour with a few yachts moored and what appeared to be residential homes dotted around it. A small village. 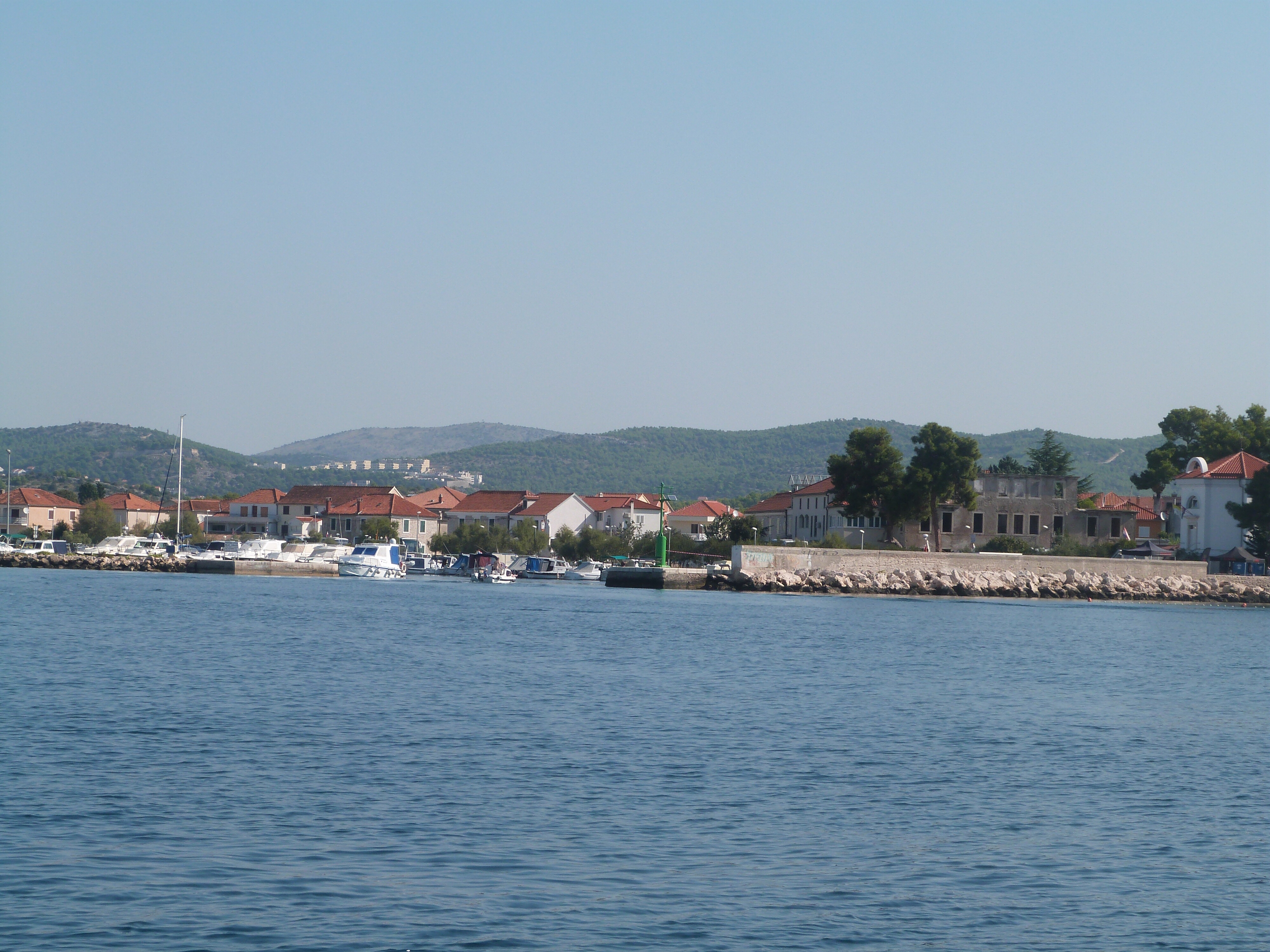 Once the tenders were lowered, it was clear that we were to be landed in the small harbour.

We had decided that I would go ashore first, so I took an early tender to the little harbour, then boarded a shuttle bus that took me to Sibernik which was about 25 minutes away.

There was a longish walk from the car park to the town and many struggled with that. Sibenik was not very exciting. There was an old town up the hill, but as I was limited in time and energy, I settled for a bar overlooking the water, a coffee, a glass of wine (after noon) and the rather slow WiFi. 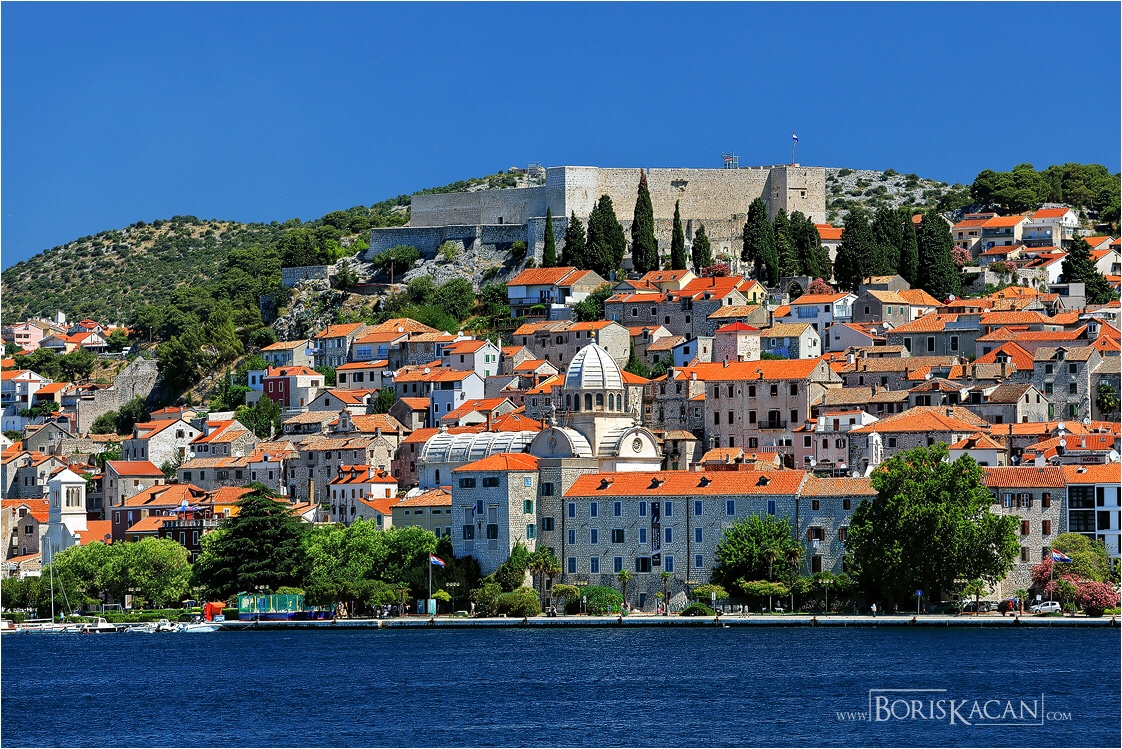 It was all rather underwhelming which was a shame. Why Sibenik was chosen ahead of Split, I know not, but the weather was excellent – it was a beautiful sunny day. 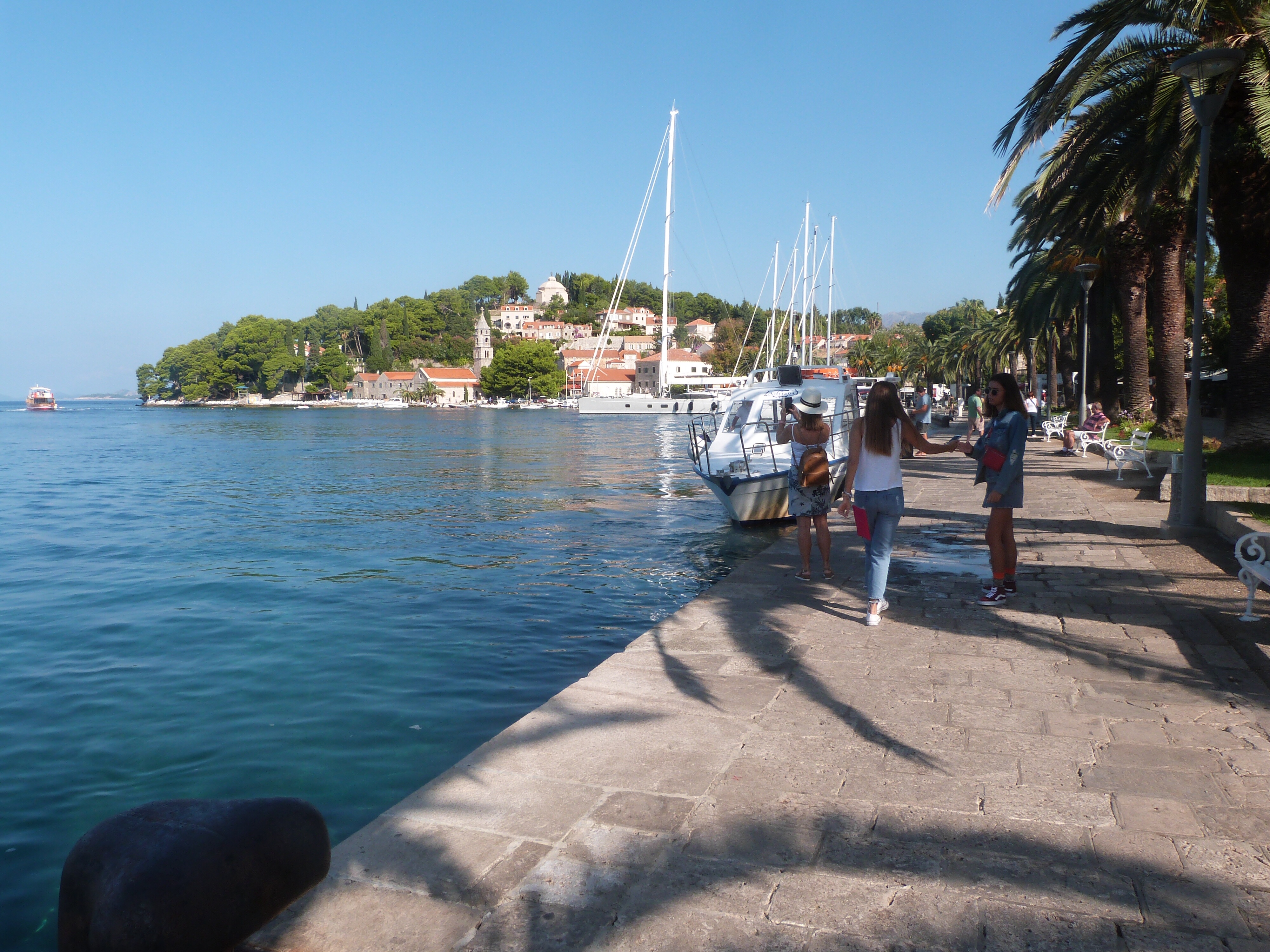 I returned to the ship in time for lunch and took over from Kim who then went ashore herself.