We arrived in Puntarenas in the middle of the night.  Those taking tours were leaving the ship before it was too hot.  When I walked out onto the balcony at 0630 the temperature was 84 F and some tours were just leaving. 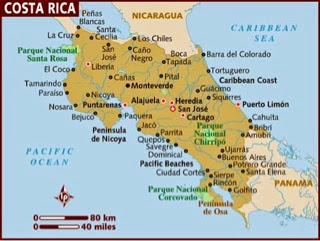 I realised we had been here before.  Puntarenas used to be Costa Rica’s major port but Limon and Puerto Caldera developed and expanded whilst Puntarenas did not.  The end result is a lovely expanse of beach with grubby bars and a frontage of run down and delapidated buildings that have all seen better days. 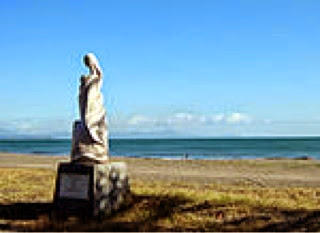 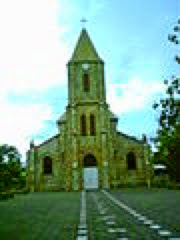 Cunard were unable to locate any wheelchair friendly coaches, so we had planned to take a taxi.  The nearest attraction was 30 miles away. Air conditioning was limited – an open taxi window was the best anyone could offer – so Jane decided that, as it was by then over 90 F, the best plan would be a walk round the extensive market.  We came across plenty of Costa Rican coffee and the usual array of wooden carvings, jewellery and tourist tat
The Island Princess was tied up on the other side of the pier so there was much activity around the ships all day.  “All Aboard” was 1630 and as the gangways were being taken down it was apparent that some people were late back. It rarely happens but when the three of them arrived at the gangway 25 minutes late all hot and bothered we realised that we knew all three of them. Interviews with the Commodore in the morning! 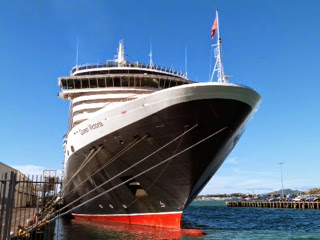 Before departure it was announced by the bridge that two tugs would be on hand to assist us in pulling away from the quay.  Usually the azipods can do the job and outside assistance is not required, but it seems that the tide was particularly strong and pushing us onto the quay.  In the event our departure went very smoothly and the tugs quickly detached themselves. We then turned into the channel and set off for the Panama Canal.
Share: