Skip to content
In 1931 the town of Napier was hit by an earthquake (7.8 on the Richter Scale) which caused devastation and most of the town was reduced to rubble.  Within 2 years Napier was rebuilt in the Art Deco style popular at the time and the town is now regarded as the Art Deco capital of the World.
We arrived in the port at 0700.  The problem for us was that it had been announced yesterday that “All aboard” was to be at 1330 with a departure of 1400 and we were due to have a ‘long lunch’ with Maryjane Watson (MJ) and Bruce. The added difficulty was that MJ would not be able to drive into the port to collect us and  the only way that we could get out of the commercial port was by shuttle bus.
So we met in the centre of town at 0930.  MJ had taken delivery of a brand new Range Rover the day before, 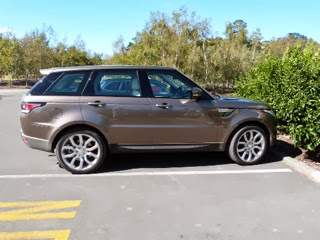 but because of its height and the difficulty of getting Jane into it, it was agreed that she would come in Bruce’s very respectable Subaru. Bruce bowled up in the new car when we stopped for coffee. 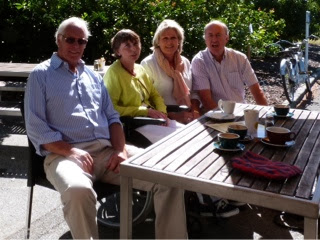 We had not met MJ before. She is Gretchen’s mother and Gretchen is our son Mike’s girlfriend. Mike and Gretchen both work in Dubai.  Gretchen and Mike below. 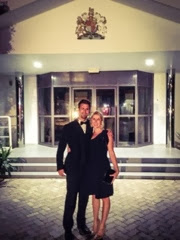 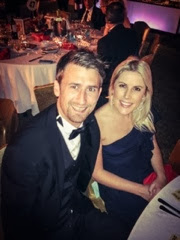 The weather was glorious and we drove inland from Napier for coffee and then set off for the new house being built for MJ and Bruce in Havelock North.  We approached the site through the Black Barn Winery – immaculately laid out lines of vines on either side – and we made our way up the hill through a 9 hole golf course. 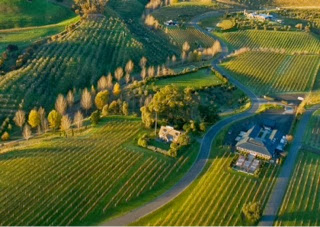 And then we were there.  A site with stunning views for miles in every direction. The house looks towards Hawkes Bay.  It will be a stunning home when it is completed in a few months time. 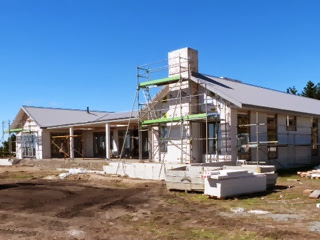 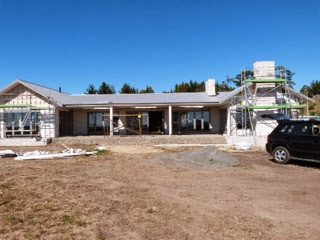 MJ then took us to the Craggy Range Winery where we would have had lunch had we had the time! We will have to come back.  It looked wonderful.
On all our visits to NZ in the past we have always been in and around the ports. Today in The Hawkes Bay countryside was the first time we have experienced life away from the bustle of the large towns and cities and it all felt very relaxed.  There is no doubt at all that New Zealanders are very friendly, helpful people.  We have found that wherever we have been over the last week.
MJ returned us to the ship before the deadline and, as always happens in Napier, the vintage cars and their owners in Thirties outfits were there with a jazz band to see us on our way. 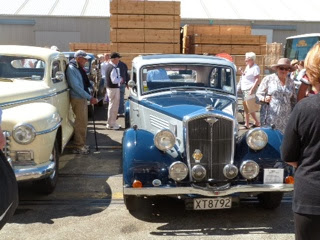 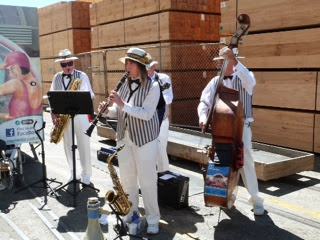