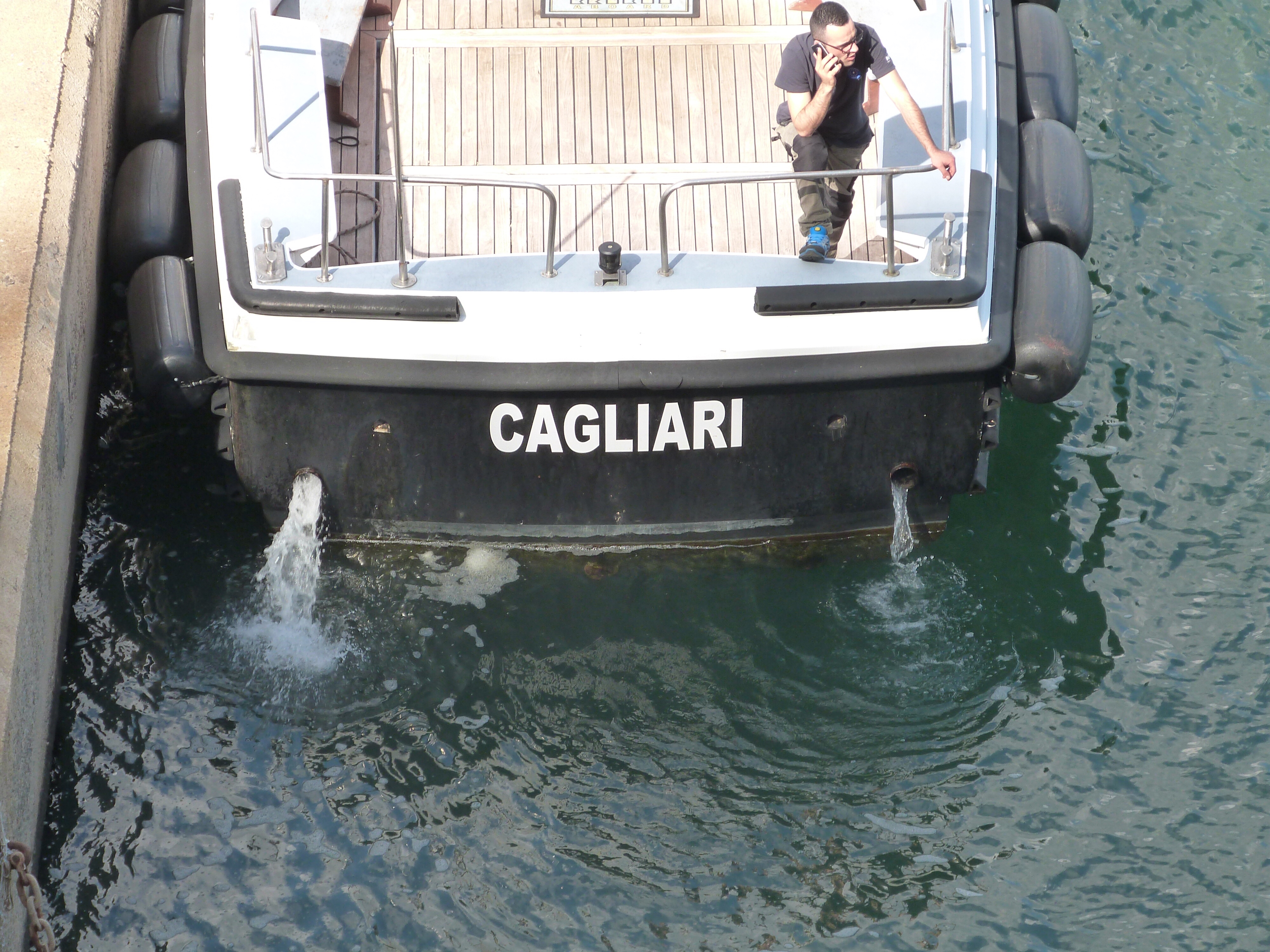 Laura (pronounced Lowra) was the driver. She was pretty and her driving was fine, but her command of the English language was poor. 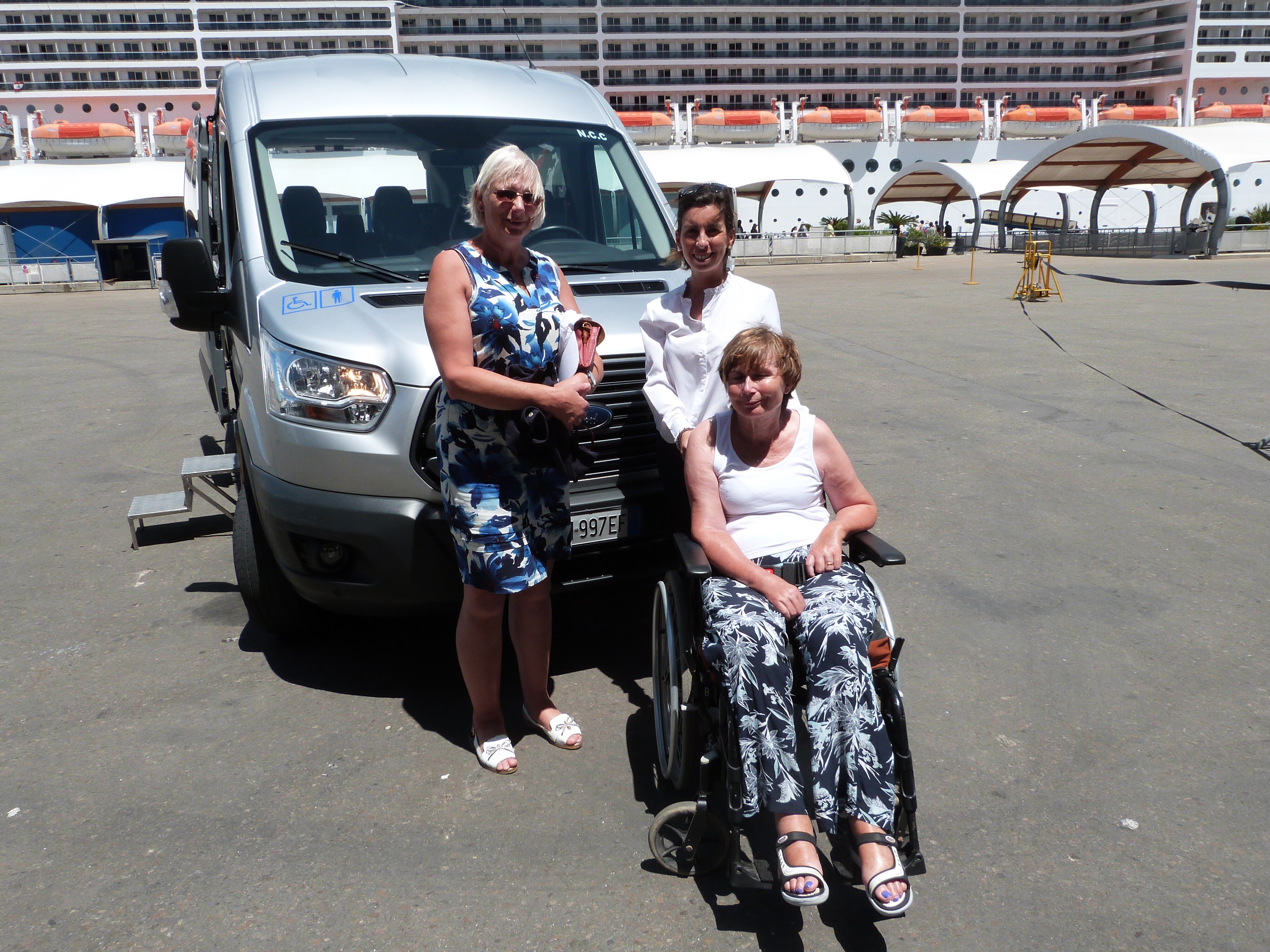 When we booked the adapted vehicle we were told that we would have an ‘English speaking driver’ and that the driver would take us to the Cathedral and a tour of the city and then suggest places outside the City that we might like to visit.

As we drove out of the port I asked her about a brightly painted ferry that had just docked. It quickly became clear that she had understood little or nothing of what I had asked her. It was a pity because we completely missed the Cathedral that we had asked to see. She had deposited us in the old town without telling us that we were within a few hundred yards of the Cathedral. The cobbles, the steep slopes, the parked cars and the vast numbers of tourists defeated us. 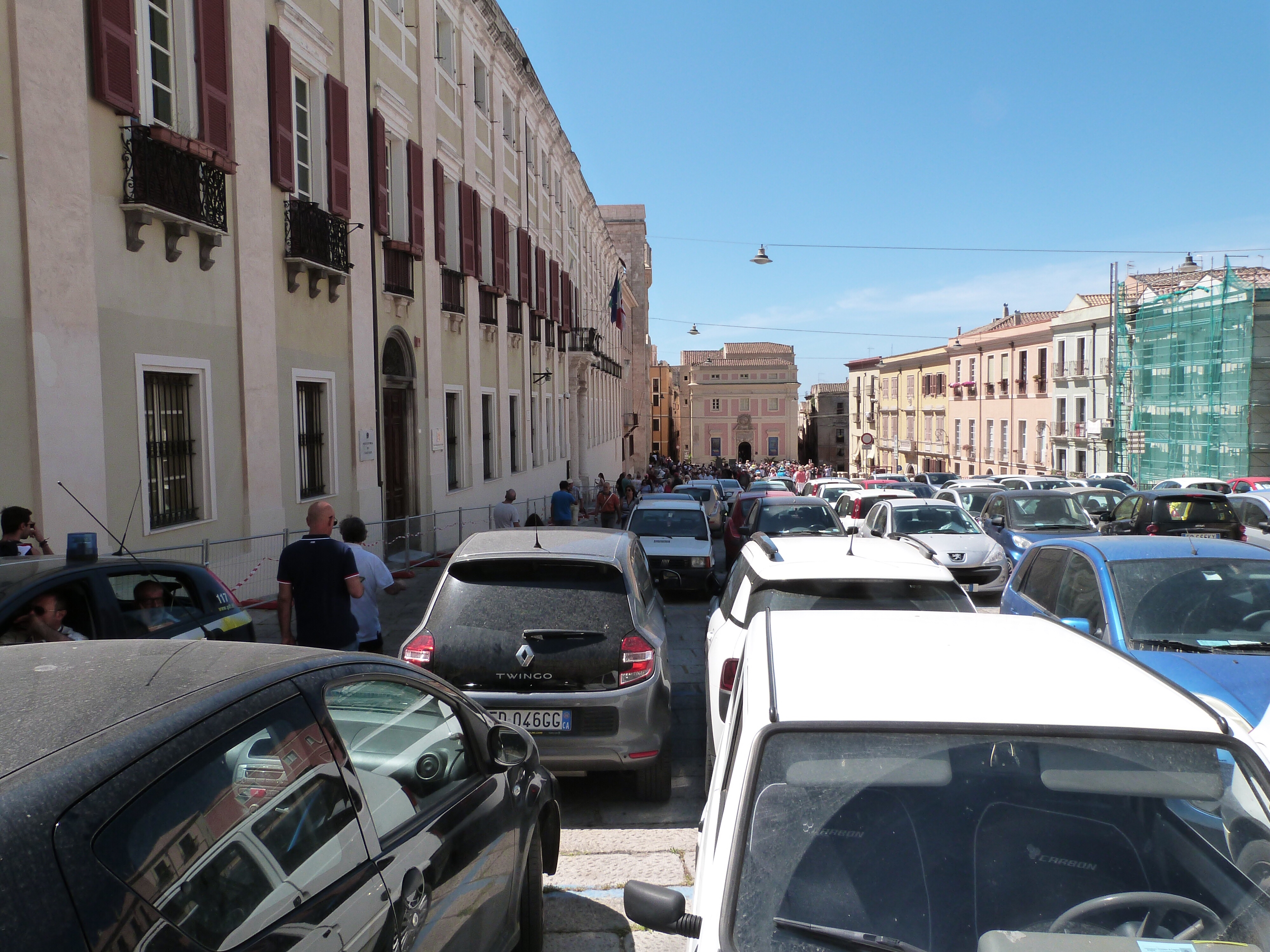 But we did see the Church of San Michele. 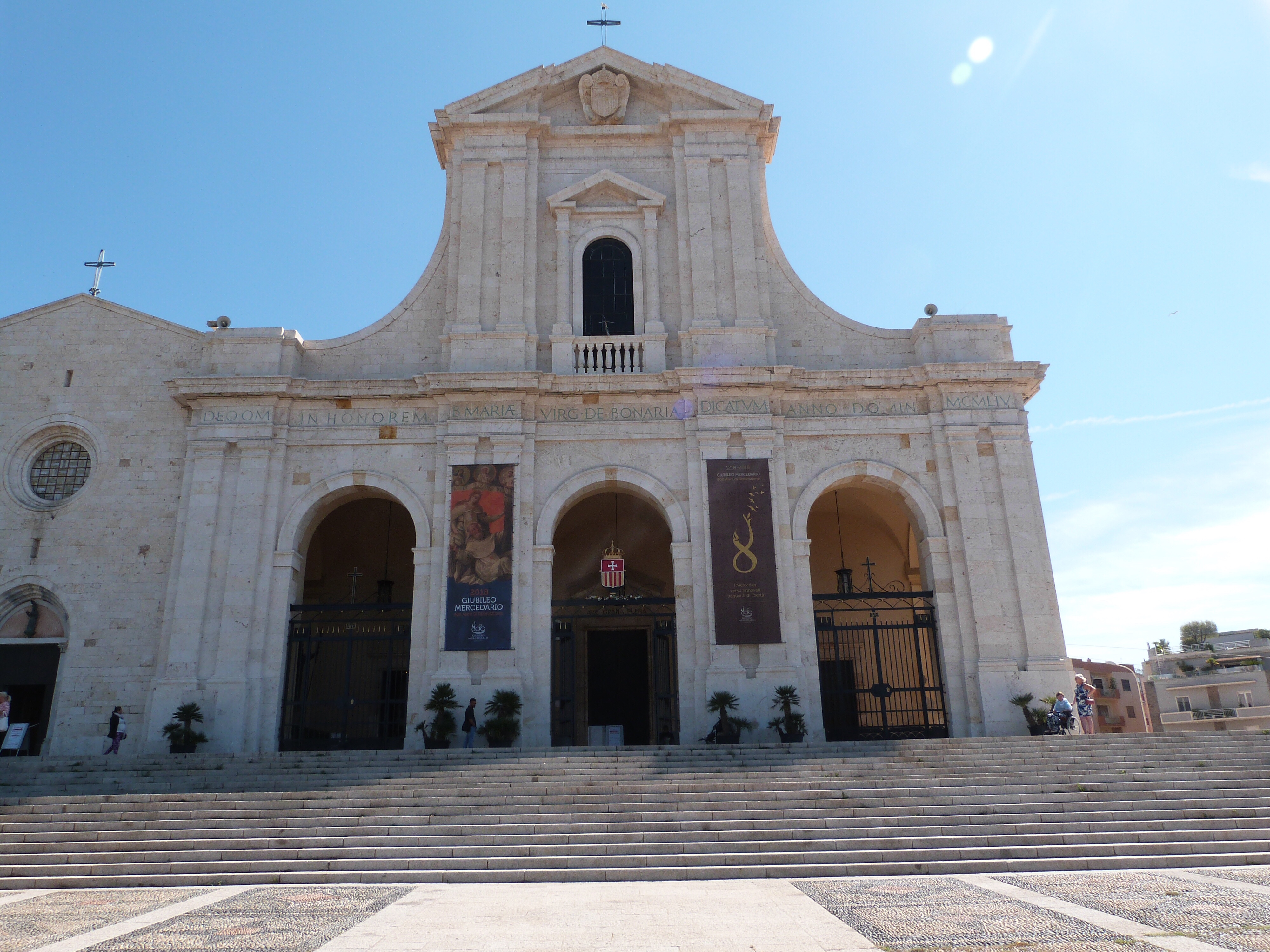 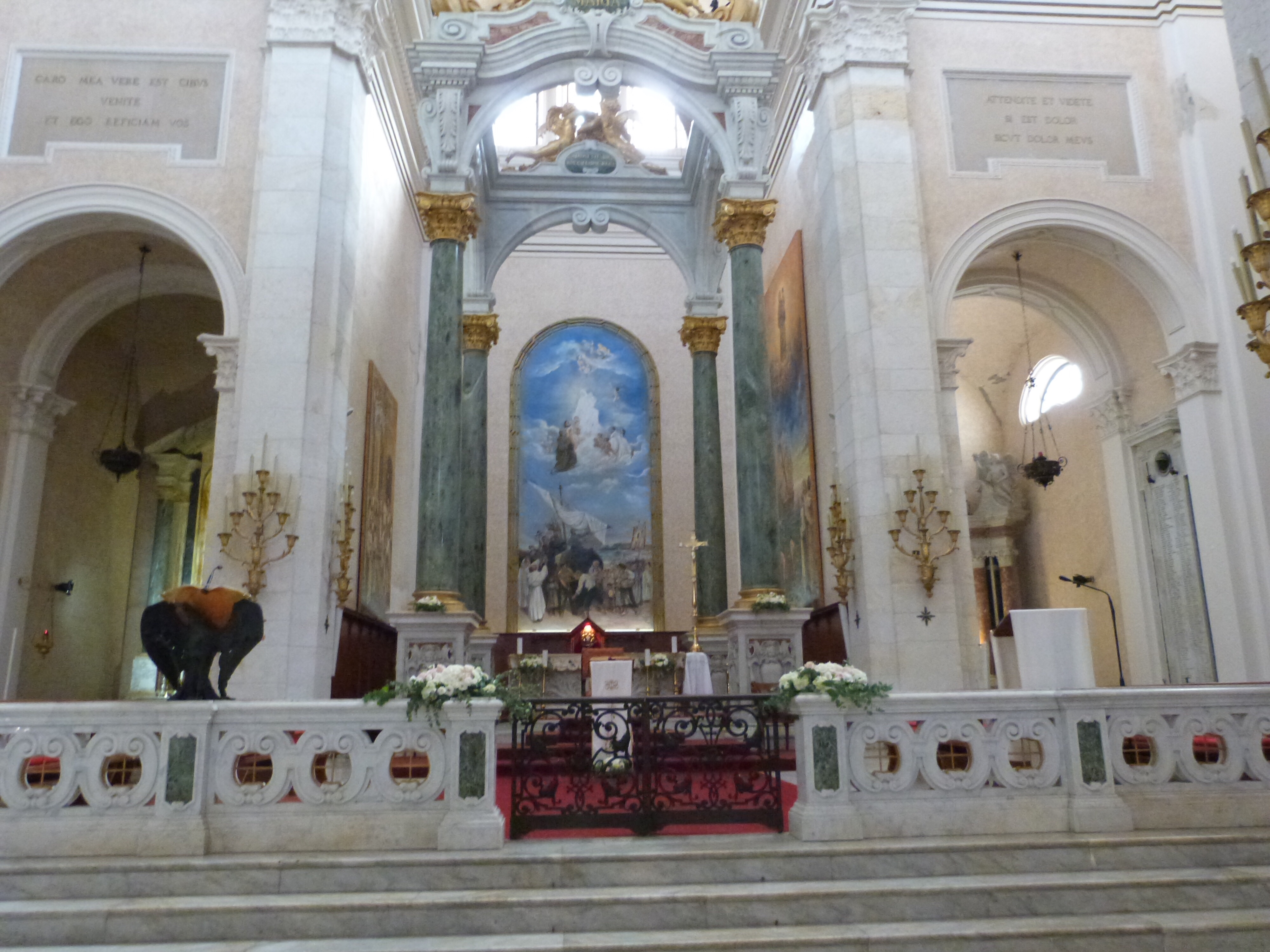 Cagliari is an industrial town and much of it is not particularly attractive, but we did look down on and later drive around the lagoons on the west side, many of which are used as saltpans. 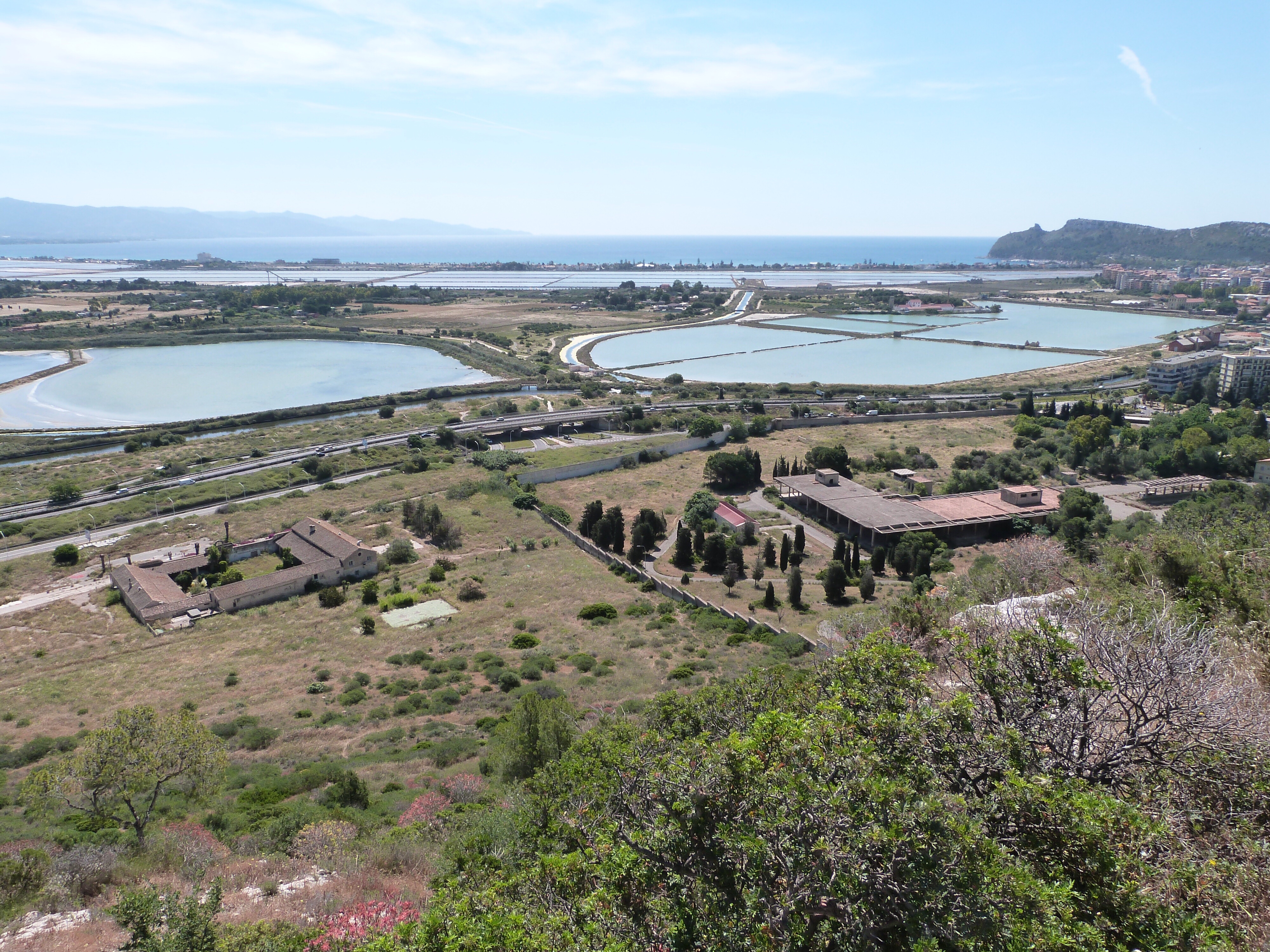 Nick Brewer was telling me last month that when he was a youngish RAF Officer he did a stint in Sardinia at a base near Cagliari (no ‘g’ as Simon Mayo would say). After 2 weeks of behaving like a bachelor out drinking with the boys and pretending he was younger than he was, he was due to return home to his lovely wife Wendy. He was packed and ready to go when the CO told him his replacement couldn’t come and that Nick would have to stay another 2 weeks. A difficult phone call followed (before he converted back to bachelor mode)!

I think that was the gist of what he told me. If I have embellished the story a little, I apologise. 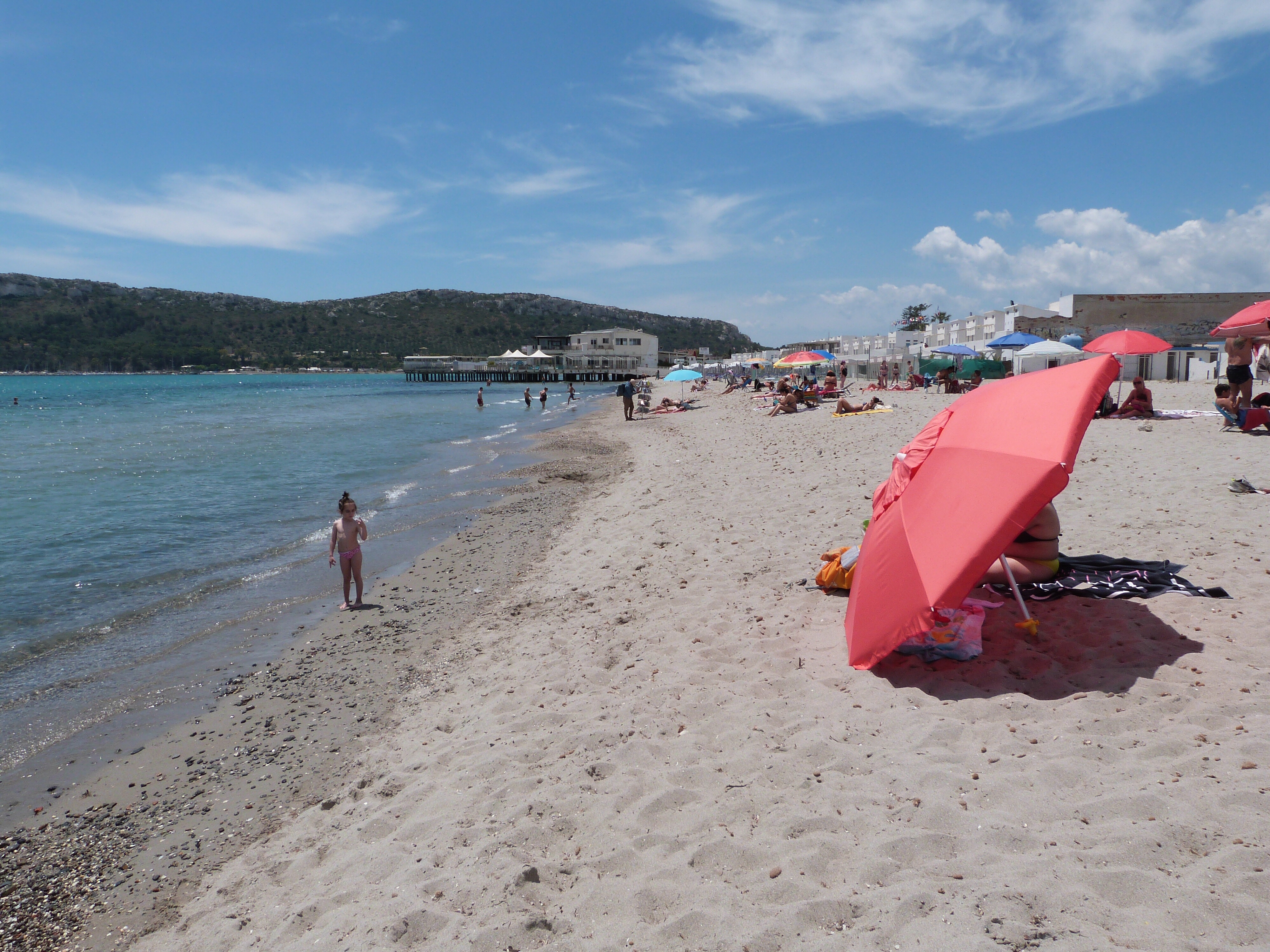 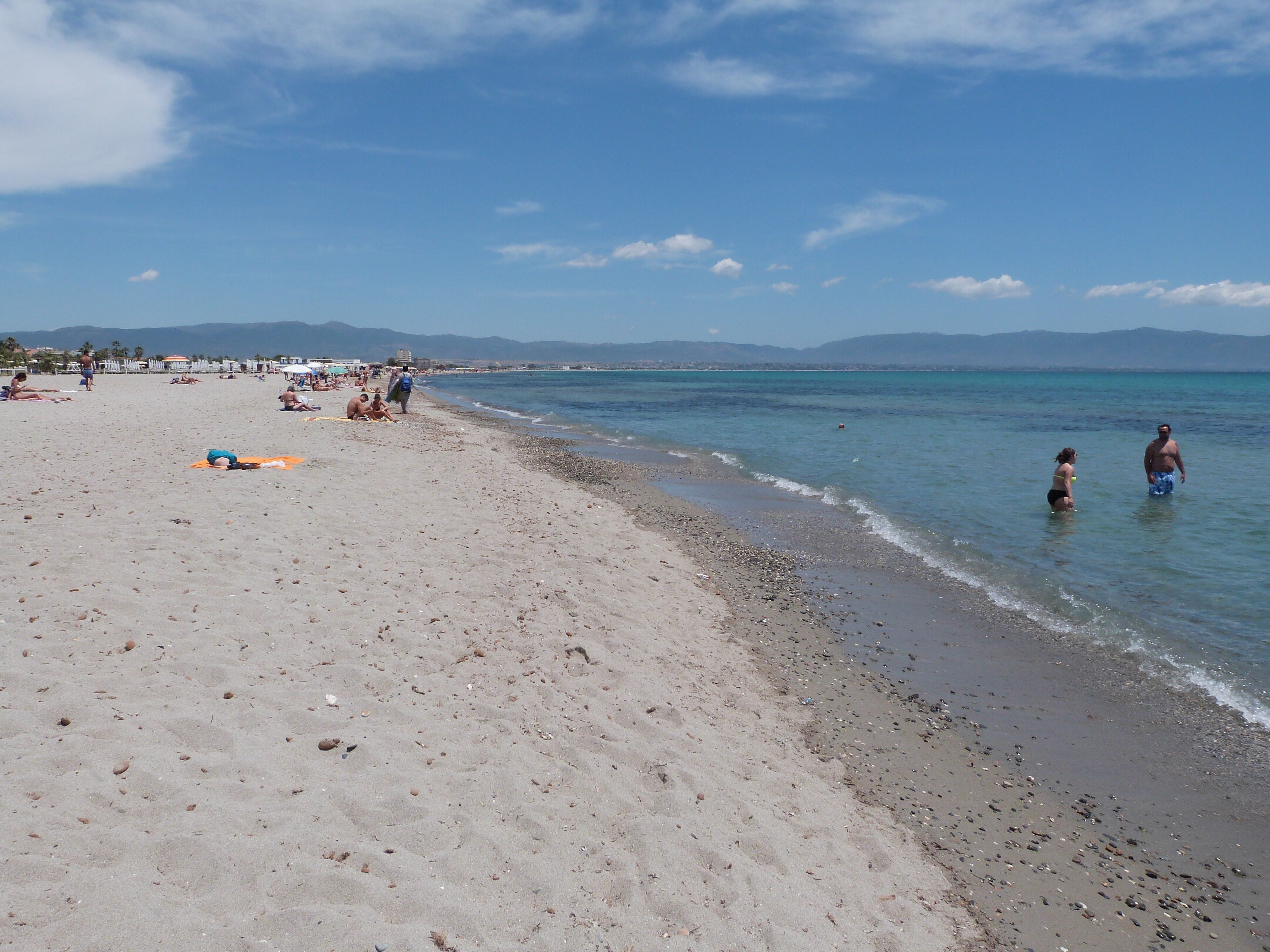 Laura then took us to Poetto beach which was magnificent. Presumably in holiday periods and at weekends it is packed, but on Tuesday we almost had it to ourselves. After a sunny hour in a cafe on the beach we returned to the town and the port.

One Reply to “Cagliari, Sardinia”