Auckland is known as “The City of Sails”. It was a wonderful sunny day when we arrived before 0700. The Cruise terminal is at the bottom of Queen Street which is the backbone of the City and it is easy to explore on foot. 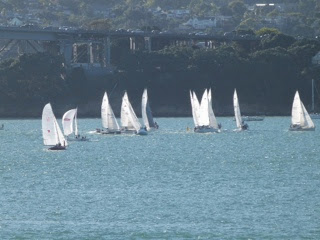 But one of the  problems with local maps is that they don’t show the hills. We set off up Queen Street with the intention of bearing off to the left to the Auckland Domain and the renowned Auckland Mueum. 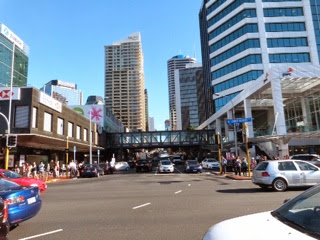 I had forgotten that after half a mile Queen Street starts to rise.  I had also forgotten how many ladies fashion shops there are.  I would have welcomed a few big steps preventing us getting the wheelchair into them, but NZ is so good at accessability that I had to endure rail after rail of dresses.  It’s not an easy life!
We saw a shop advertising assistance with Apple products.  Jane has had email problems since her emails were hacked early on this trip. The very helpful chap, for a very small fee, seems to have sorted it out. Fingers crossed.
We were directed across the road to some coffee and free wifi in the City library. The coffee was good but the wifi was not. By then I had had enough of the hills and hailed a taxi which took us to the Museum. Had we walked and pushed we would still be there. It took 10 minutes up hill in the taxi.  The museum is excellent and I can recommend it. 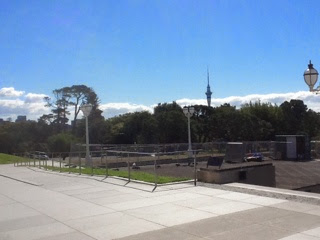 I also wanted to see the Maritime Museum but by the time we arrived there it was closing. We had been there some years ago and my recollection was that there were some New Zealand Shipping Company documents on display. My father had served his cadetship with that company in the early 1930’s. 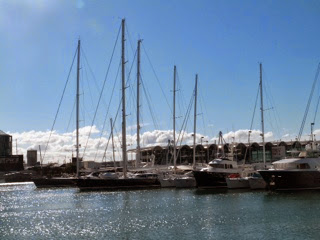 I then explored the marina close to the ship and saw the 2 elderly Americas Cup yachts that are still being used for day sailing for tourists. My recollection is that Michael Yeomans had a day out on one of them many years ago. 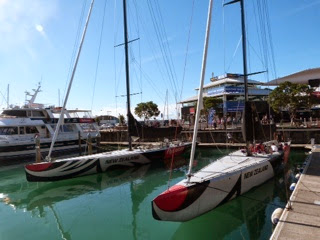 The evening show was a Maori cultural performing group. I feared that after a tiring day I might fall asleep but they were loud enough to keep me awake and they were very good. 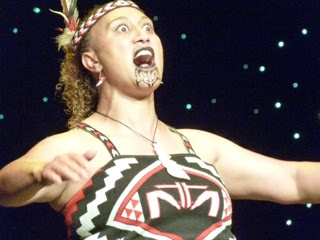 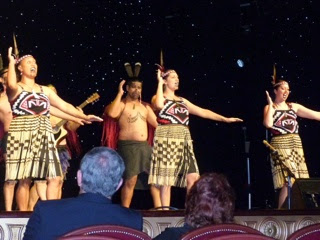 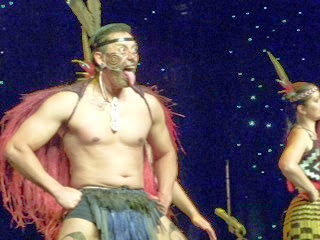 As I write the waves are getting bigger and the ship is moving more. There may be fewer people in dinner tonight than usual!
Share: