.,We screamed across Southampton Water today at speeds in excess of 40 knots. No, not aboard one of the Queens, but on David Saph’s massive RIB. 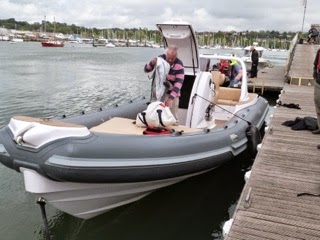 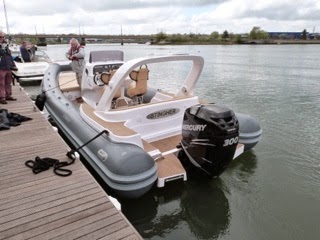 David bought Landfall from us in 2013. We boarded his 8 metre RIB near Shamrock Quay at 1500 and motored past St Mary’s, the home of Southampton Football Club and past Ocean Village.
As we had some 40 minutes before the Queens began to leave their berths, we raced down Southampton Water towards Calshot. At the mouth of the Hamble River, we reduced speed to 6 knots and motored almost to the RSYC before returning to Southampton Water. Then a high speed dash back to Dock Head.
None of us had travelled so fast at sea before (apart from David at the helm). It was extraordinary.
Anthem of the Seas, the latest massive Royal Caribbean cruise ship, left the scene first. 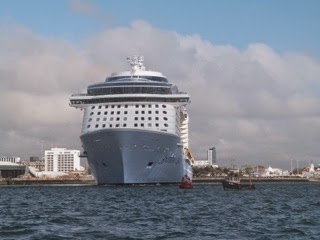 She has been in and out of the port over the last 2 weeks. It was clear that she realised that she was an unwelcome guest today. Then Fred Olsen’s Balmoral scuttled away to leave the stage for the Cunarders.

Queen Elizabeth was berthed at the QEII terminal and she pulled out first. 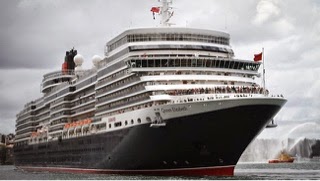 Queen Victoria was on her own at the Mayflower Terminal and after Queen Mary 2 started to leave Ocean Terminal, QV was moving to join her sisters. QM2 moved to port and sailed past QE and the sailaway down Southampton Water began. QV joined the procession, bringing up the rear. 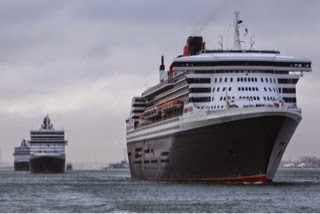 Earlier at a lunch on board Queen Mary 2 the Captains of the 3 Queens posed for photos. Commodore Christopher Rynd, Captain Inger Klein Thorhauge and Captain Chris Wells. 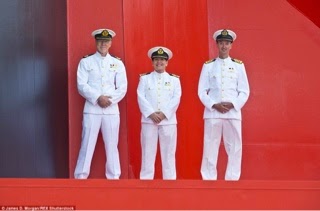 It was a great day. Many thanks to David Saph for making it possible.
Share: