ICaptain David Saph had two photographers aboard his unnamed RIB. Your blogger and one Cark Maunsell.

Cark has Dropboxed his photos to me and I have added some of them here. 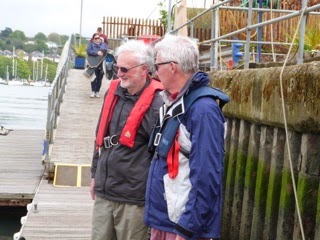 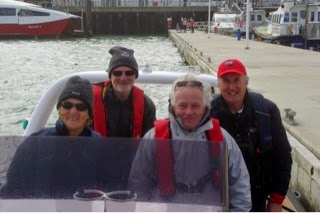 They indicate to me that either (a) he has a better camera than me or, (b) that he is a better photographer than me. 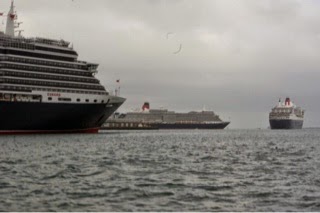 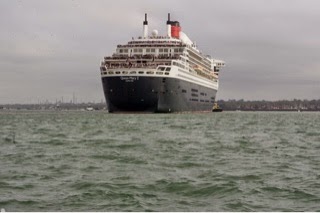 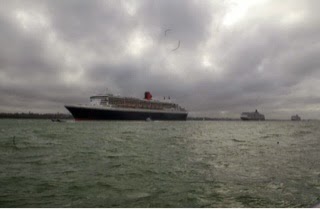 When I arrived home I explained to my dear wife Jane that we had been screaming up and down Southampton Water, and slamming into the waves at speeds in excess of 50 mph. She listened dutifully and then asked me why we had not been invited to lunch on Queen Mary 2. While I had been away, her younger brother Nigel had dropped in.
There we were, rushing up and down Southampton Water, getting soaked when Captain David executed wheelies and handbrake turns round the buoys. We dreamt of burgers or KFC’s (and ended up with Costa coffees) while Nigel and Christine were having lunch on QM2 with the Master of the ship and the CEO of Carnival, amongst the great and the good. Is there no justice!
Here are Nigel and Christine before they boarded QM2 and a piece of their cake! 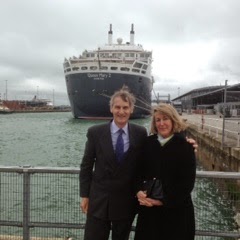 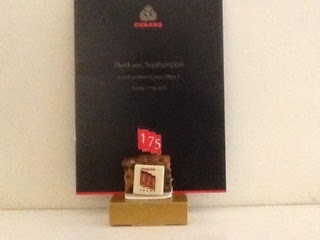 The news is that Jane and I join Queen Elizabeth next Monday for the 16 night voyage to The Baltic including an overnight in St Petersburg. And our return takes us to Kirkwall in the Orkneys and then to Liverpool for yet another reunion of the 3 Queens. All part of the 175 celebrations. Linda is again house sitting for us.
Share: