What a great day! This was probably our best port visit ever. Carole Gordon was recently in S America with Ian, and told us that the Brazilian jewelllery firm H Stern offered tours of the City incorporating a visit to their headquarters.

We went ashore at 9.30am. It was a beautiful day and almost immediately we were introduced to a young man, Hugo, from Stern’s, and were told that he would be with us for the day. A new black shiny Toyota then appeared driven by Philip. Getting the folding wheelchair into the boot/trunk was tricky because the car was fuelled by natural gas and the gas tank was located in the boot! But we managed to do it. 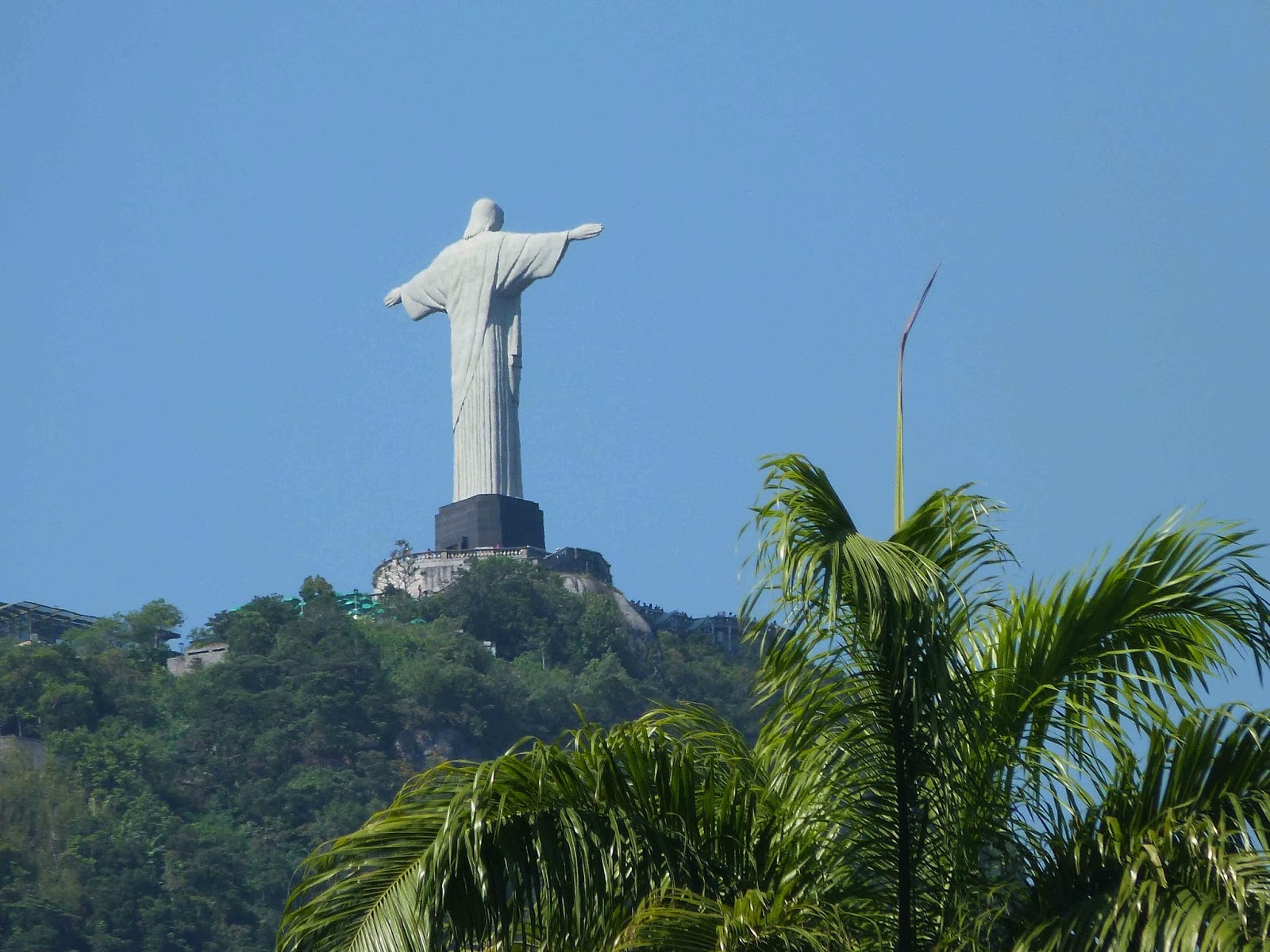 Hugo asked us what we would like to see. As we had been up Sugarloaf in the cable car on a previous visit and as we could see the statue of Christ the Redeemer from most parts of the City, with Hugo’s help we decided on the route we would take. First stop was a private boys school which had formerly been a monastery. The chapel was almost completely built of gold. The walls and ceiling were gold as was everything else. An incredible building. 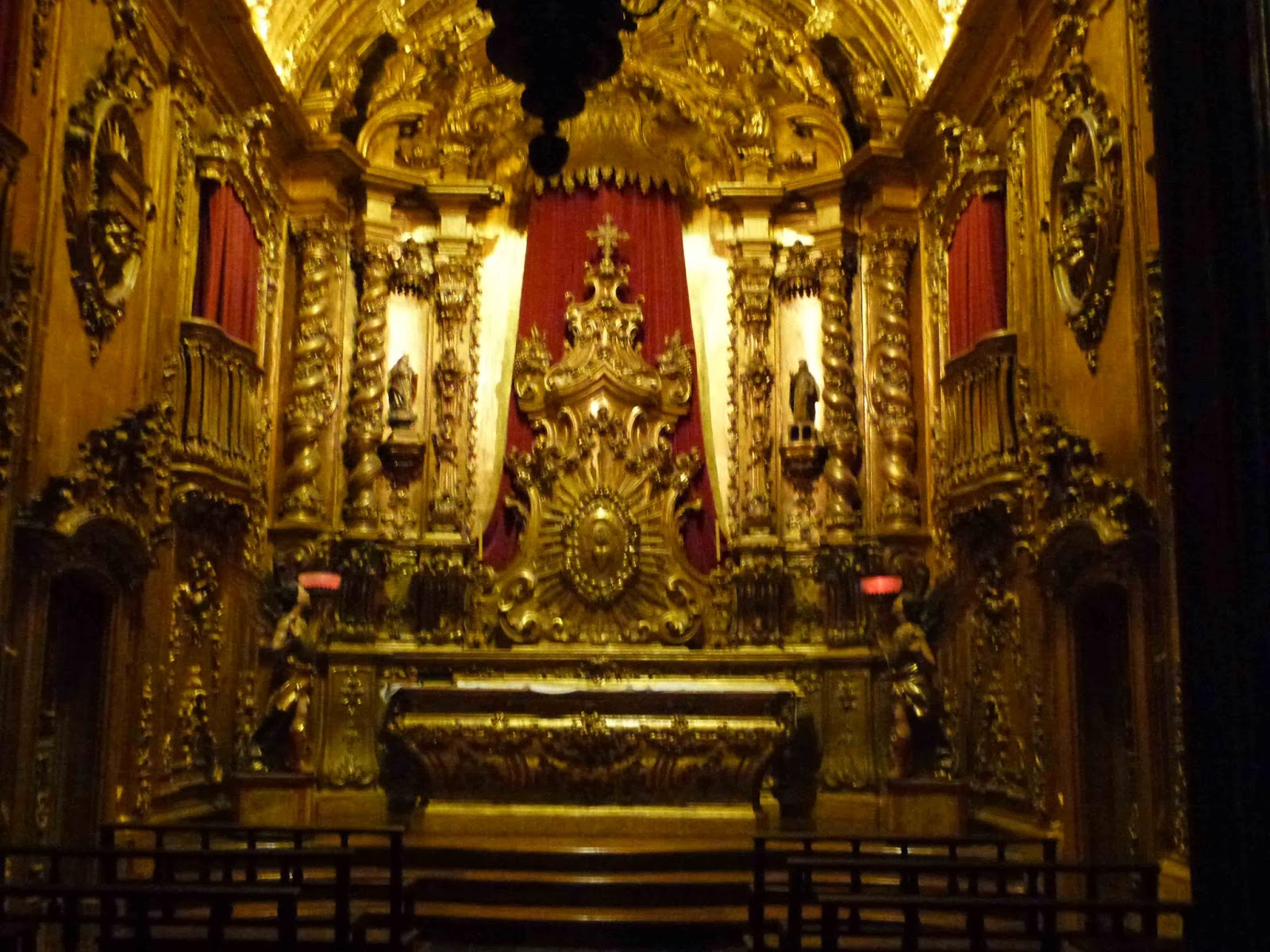 From the Monastery we drove to the cathedral. Not a pretty building from the outside but inside it was stunning with stained glass windows stretching from the floor to the top of the pyramid shaped building. The cathedral can apparently hold more than 20,000 worshippers at one time. 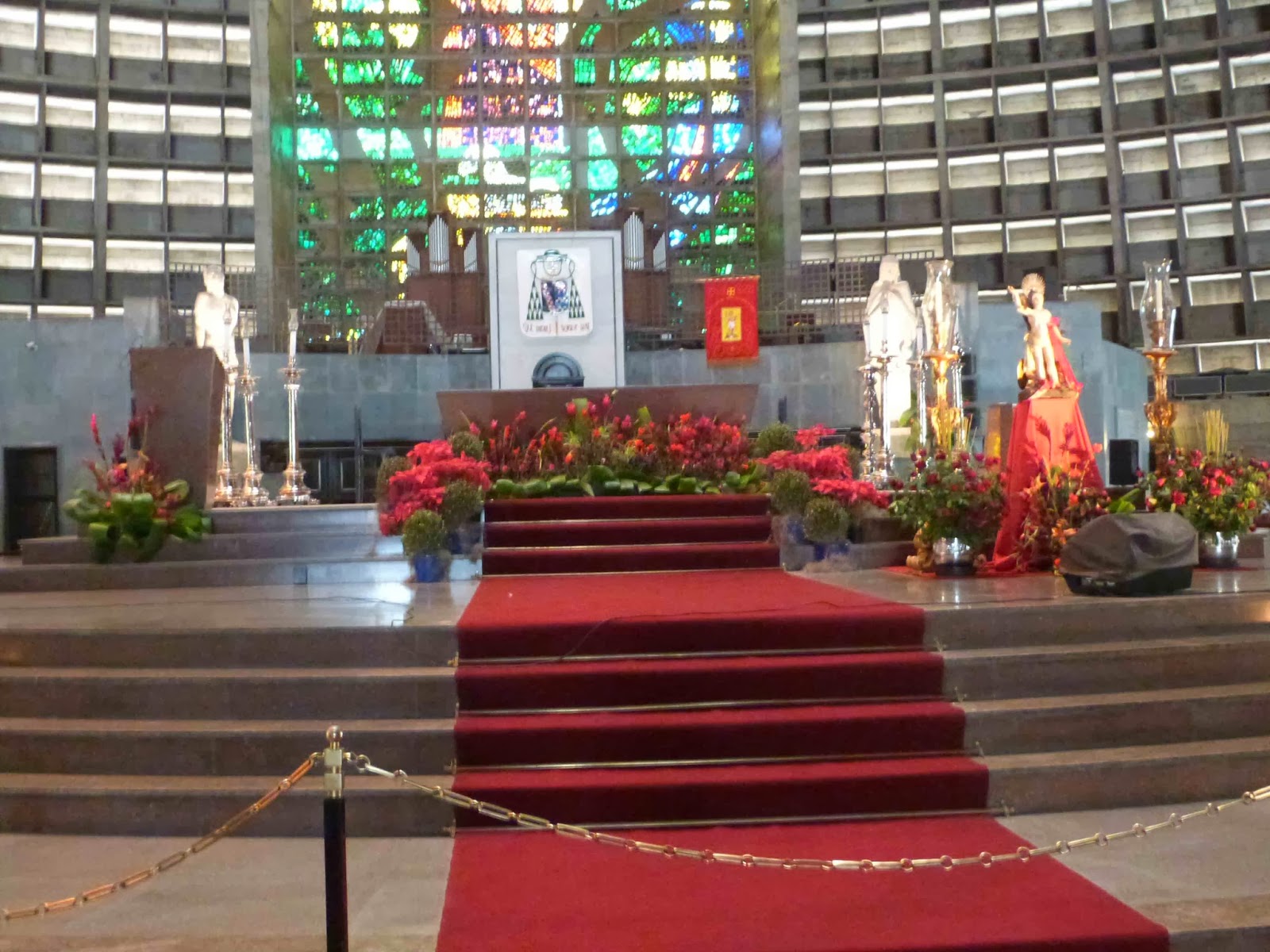 Hugo turned out to be a perfect host. A 23 year old, due to graduate in International Relations next Friday from Rio’s University. He speaks 5 languages and is about to apply for internships in the UN with an emphasis on African affairs. He was a charming young man and took us next to the districts of Copacabana and Ipanema with their multi million dollar homes and beaches with the same names.
The Girl from Ipanema was to be seen on the beach with her beautiful girlfriends, but the Copacabana beach was not as busy as it was when the Pope was in Rio last year. Millions of people flocked to see him on the beach.
By then we were ready to face the H Stern selling experience. It was not a hard sell and we felt no pressure to buy, although Jane did buy a smallish piece. After an hour there we returned to the car and were then driven to the massive botanical gardens. Hugo knew his trees and plants and the history of the gardens created by King John VI of Portugal in 1808 and opened to the public in 1822. We spent an hour in the beautiful gardens before returning to the ship. By then it was 6.00 pm and we had been out, courtesy of Stern, for 8 hours. 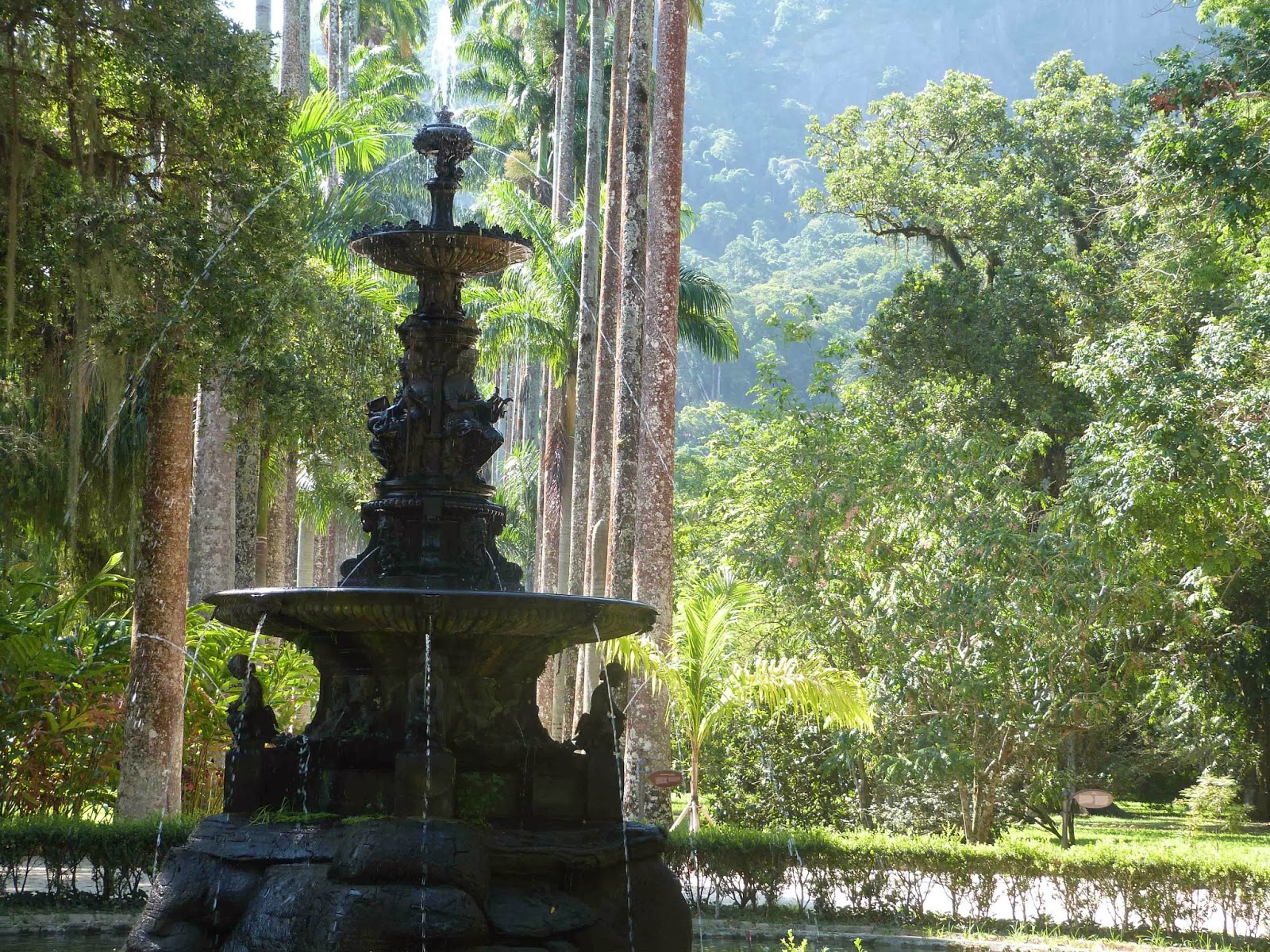