At 7.30 on the morning of 26 January 2012 there was a buzz of anticipation on board Queen Elizabeth as we approached the Panama Canal. The decks were packed with guests, the majority of whom had not transited the canal before. 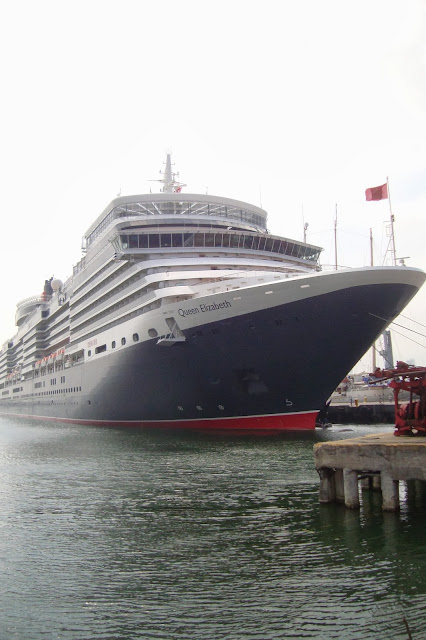 A million ships have passed through the canal since it was opened in 1914 and this was only the second time that the majestic Queen Elizabeth had transited the canal.

Queen Elizabeth had left Southampton on her 2012 World Voyage on 10 January and after calls at New York, Fort Lauderdale and Grand Cayman she made a maiden call at Cartagena in Colombia before heading to Panama.
Queen Elizabeth under the command of Captain Christopher Wells, approached the first set of locks – the Gatun Locks – and it then became clear to those of us who had not transited the canal before how narrow the locks were and how little space there would be between the ship and the lock walls. 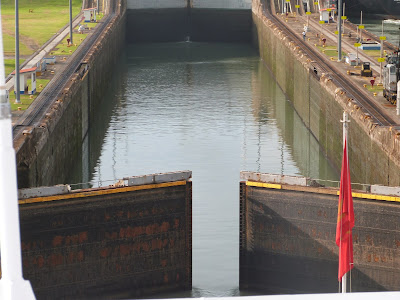 The three sets of locks making up the Panama Canal lift each ship 26 metres from sea level to the level of the Gatun Lake and then lower the ship on the other side to sea level again.
At each of the three set of locks eight locomotives (known as ‘mules’) pull the ship through the lock keeping the ship precisely in the centre of the lock. In the case of Queen Elizabeth the clearance on each side was only two feet. 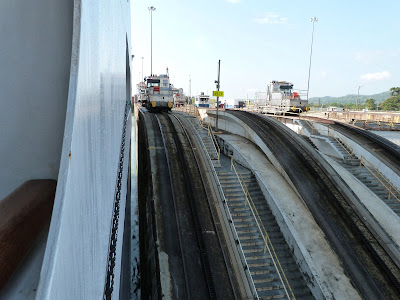 After passing through the Gatun Locks, we then had the wonderful spectacle of the Gatun Lake and its beautiful forests and wildlife. The lake then narrowed and we sailed through the Culebra Cut before arriving at the Pedro Miguel Locks which were swiftly followed by the final set of locks – the Miraflores Locks – which brought the ship down to sea level and the Pacific Ocean. 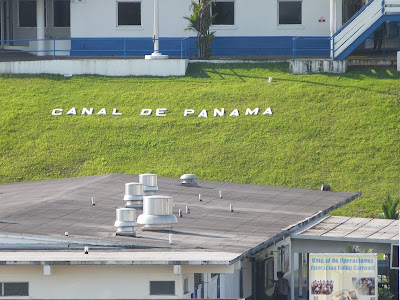 The transit had taken us the best part of ten hours but it was a magical day. The precision of the pilots and locomotive drivers and the efficiency with which the whole operation was carried out by the Panama Canal authorities and the ships officers and crew made it a breathtaking experience. And it was exciting to hear the cheers from the crowds that had assembled at the Miraflores Locks to watch Queen Elizabeth pass through.

Queen Elizabeth is now sailing north to San Francisco for her maiden call tomorrow before continuing her World Voyage across the Pacific.
Share: