On Tuesday morning at 11.00am the Captain announced that it would not be possible for us to visit Lisbon. The lost 14 hours meant that there was insufficient time. Tuesday became the first of 4 days at sea.

A new speaker had boarded the ship in Las Palmas, Jonathan Haslam, John Major’s Director of .Communications. He was the ‘Celebrity Speaker’ (which means that he gets Queens Grill treatment).

Two speakers have been on the ship throughout, Dai Davies, a former Head of the Royal Protection Command and Mick Testoni a former RNLI Coxwain. So there were plenty of lectures to keep us out of mischief. If any of you have heard Dai in the past, I would love to hear your views!

Since leaving Lanzarote the weather has deteriorated. We have had some very lumpy seas and noisy winds. Wednesday night was probably the most violent night that Jane and I have had since we first started cruising. In the early days of cruising, I was pretty hopeless in rough sea conditions but a magic pill, Stugeron, has changed all that and I now don’t suffer queasiness at all. 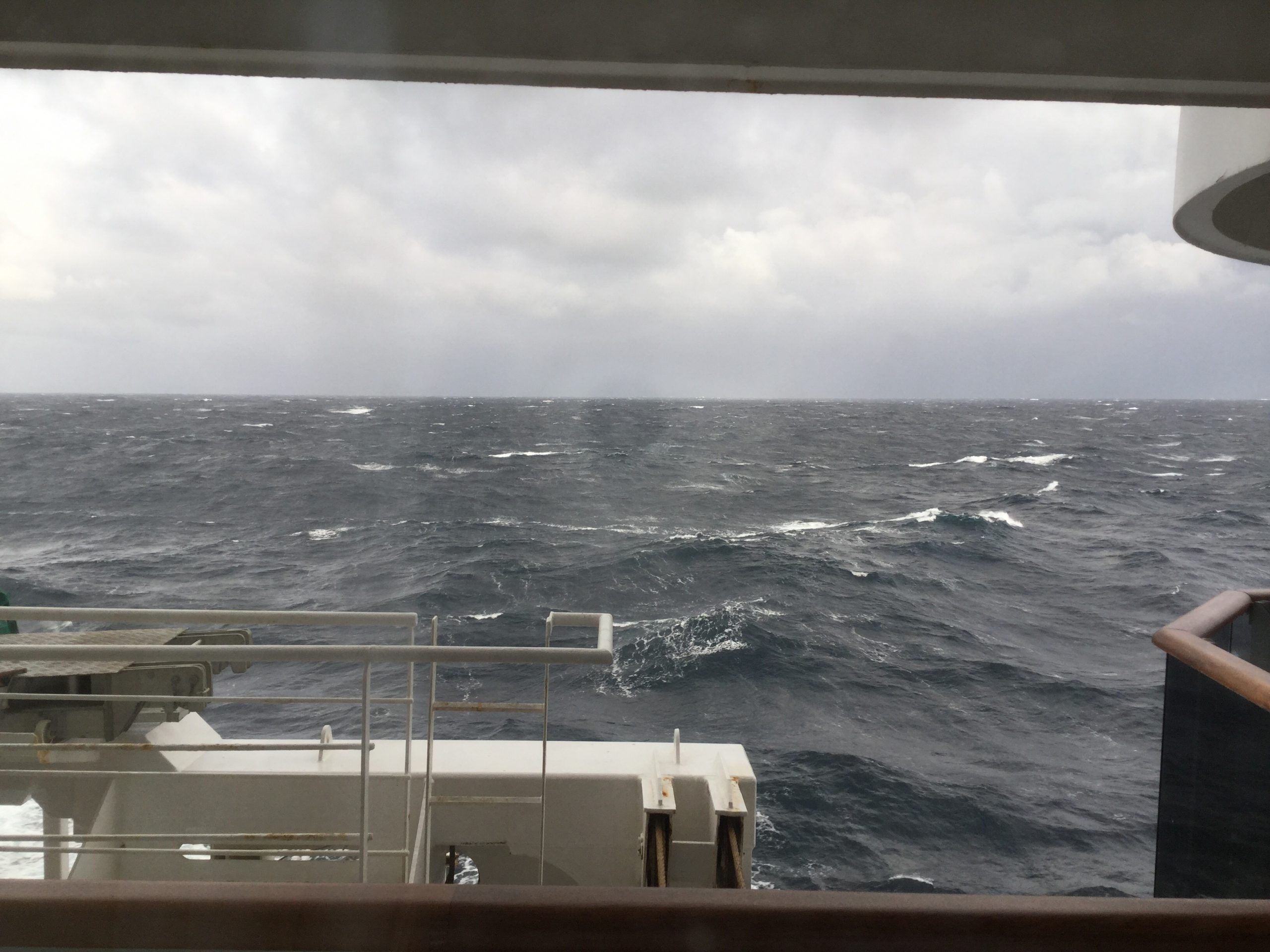 Tonight is the last formal evening of the voyage – DJ,s and long dresses. Cunard always produce their best menu on these occasions. Lobster, fillet steak and the like. Earlier today was the Senior Officers Cocktail party. They are now held at 11.15am rather than in the evening, presumably on the basis that the punters drink less, making it a cheaper exercise for Cunard. Stupid really, because it overlaps with other activities around the ship.

We had arranged to meet Eamonn and Deena Kelly at the party. Eamonn is Brian Kelly’s elder brother. I had met up with Eamonn for a coffee earlier in the voyage and it was a delight to meet the two of them. Eamonn had celebrated a milestone birthday on 10 November. He was a little disappointed that Cunard didn’t celebrate it with him. What he didn’t know was that if you ask for (and pay for) a cake, a gang of waiters circle your table and sing Happy Birthday in a multitude of different accents and present you with the enormous cake which your companions are also meant to help you eat.

4 Replies to “No Lisbon on this Voyage”