We are back in Europe!  Madeira was sunny but a bit nippy when we tied up at 0800.  Last time we were here it rained heavily all day and we were unable to leave the ship.  There were mud slides, massive flooding and houses and dogs were washed into the sea. 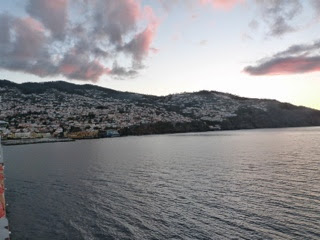 This time the Atlantic crossing was gentle with no big seas or winds. An uneventful passage but there was plenty happening on the ship.  Jane took control again in the jig saw department. We had some new table companions for dinner – John and Pat Thompson stayed – but as Jim and Liz Burnett left in Fort Lauderdale we were joined by Bernd (Bernie) Hochstadt and his wife Leah Smith Hochstadt who spend their time between Berlin and New Jersey. 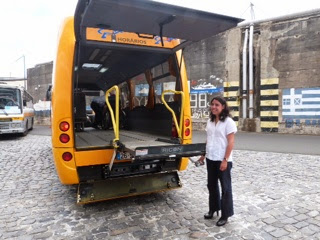 So Funchal was our final port. Cunard had organised a wheelchair friendly tour so we took it with 2 other couples. Scenes of Madeira it was called. A small coach with a lift and a guide and a driver proved to be just what was needed. We set off from the ship at 0930 and started to wend our way up the mountain. It was very steep.  After Monte, we pressed on and up to Poiso at 1400m and then turned right to Santo de Serra. 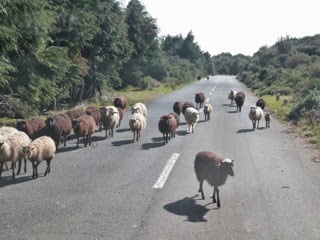 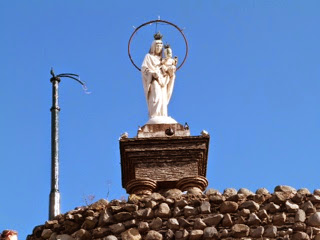 The journey took us through an area of forest that had been ripped apart by fire last year.  We had a number of stops for photos and at Santo we had a comfort break and coffee at the Golf Hotel overlooking the course that hosts the Madeira Open each year.  It appeared to be in excellent condition but there were very few people playing. 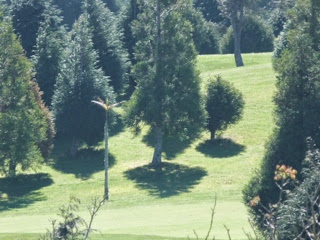 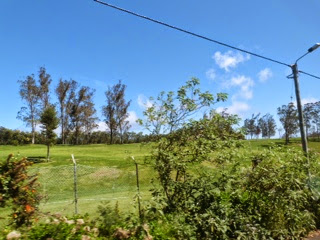 From Santo we wended our way down slowly to Machico on the east coast and then to Santa Cruz and the airport.  We probably all know about the Funchal airport and its reputation as one of the most dangerous in the world.  We drove under the runway, which has been constructed on stilts, and despite the runway being 2780 m it looks very short. 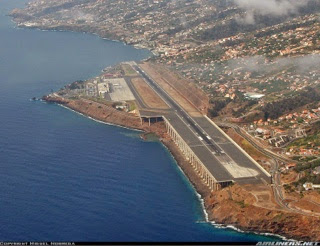 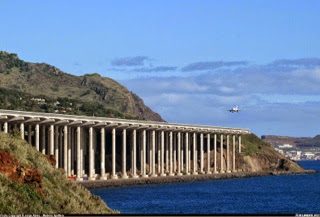 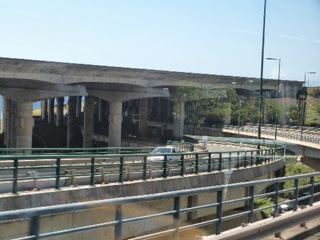 When the new runway was opened in 2002 a jumbo apparently landed on it and didn’t fall off the end. 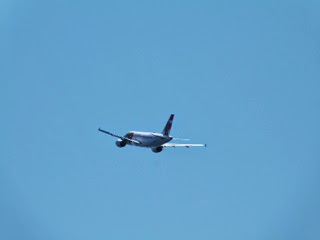 Our group returned to the ship for lunch. They had proved to be very good company Marg and John Moxon from Parramatta, Sydney and Jenny and Fred from Brisbane. Marg and John are travelling round the UK starting in Eastleigh, Hampshire.  Her father grew up in Southampton and she has plenty of relatives in the area.
Baron Finkelstein – Danny Finkelstein of the Times – has arrived on the ship to give a lecture or 2 so that should be good and Tom O’Connor is also aboard and due to perform tonight.  Jane and I have an invitation to sit at the Commodore’s table for dinner, after the Senior Officers Cocktail Party tonight so it will be a fairly hectic evening!
Share: