Fortaleza was a maiden call for QV. The first time here and probably the last. QV is apparently the largest passenger ship to call, but that is not surprising because the facilities were poor. We moored in the commercial port (which in itself is not unusual in a port where there are no passenger terminals). It was dirty and uneven with railway lines crossing the dockside. The locals appeared to be totally disorganised and unable to cope with the large number of coaches and people. 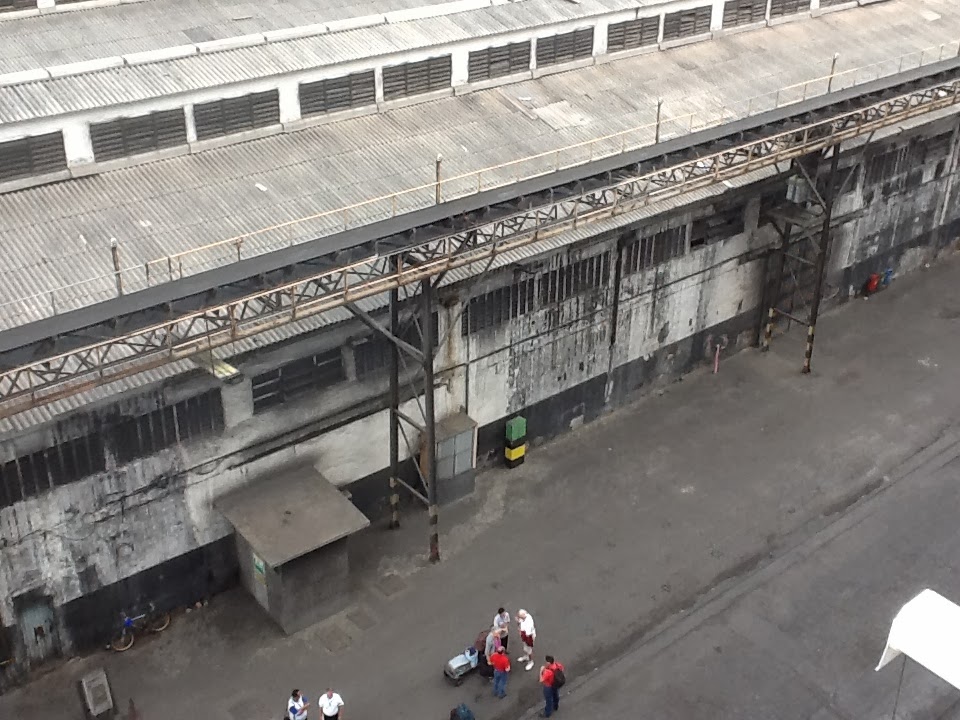 We had been told that we would not be allowed to walk out of the port to find a taxi but that a vehicle would be available to take wheelchairs to the port gate. A van was parked near us on the dockside but the driver showed no interest in us and shook his head when I pointed out Jane in her wheelchair. After about half an hour the Port Agent arrived and indicated that this was indeed the van we were to use. It had no ramp and no hoist. By then Dan and Maureen Downey had arrived with Dan in his wheelchair. The van was high but I managed to bundle Jane in. Dan was a big man and Maureen a small lady but we pushed and shoved to get him in for a journey which turned out to be only some 400 yards to the gate.
At the gate a few taxi drivers argued between themselves about who should take us. They produced a number of unsuitable vehicles, but eventually a young man with a smattering of English and an honest smile arrived in a slightly battered taxi. A price was agreed to take the four of us and 2 folding wheelchairs to the centre of the city.
The 40 minute ride was interesting. Fast and furious with frequent lane changes and close shaves took us to the massive market on four floors. Dan decided to stay in the car with the driver despite no common language. The market was clean and the sellers surprised to see Europeans in their city. Jane managed to find some miniature dolls but we spent very little. 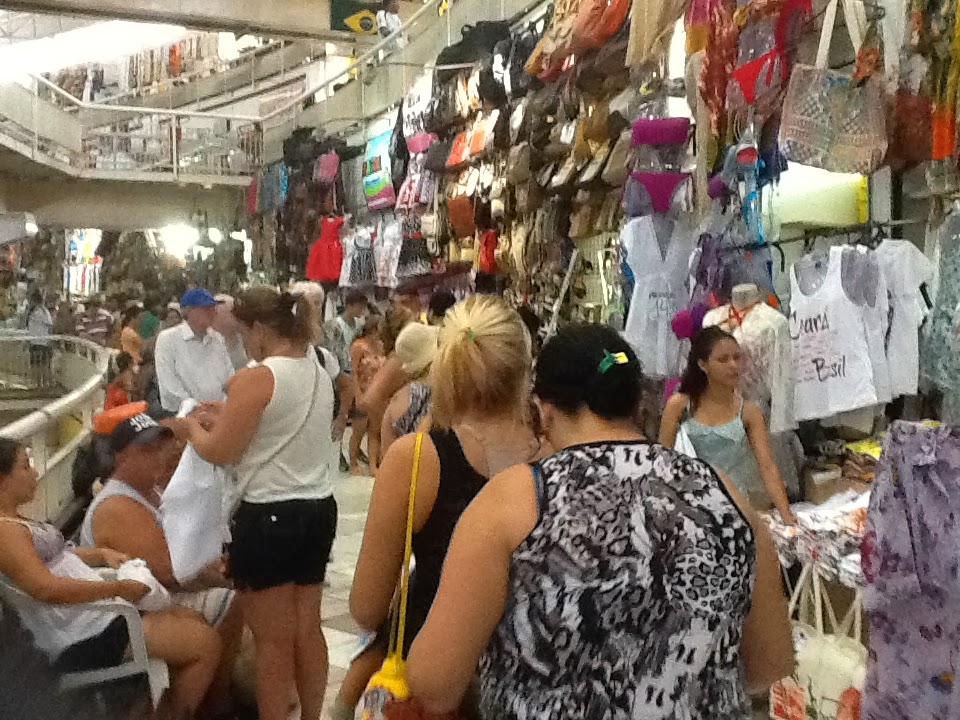 Then it was back to the taxi before another dangerous ride took us across town to the new football stadium. Reports in the UK have tended to give the impression that the stadia in Brazil are not ready for this summers FIFA World Cup, but Fortaleza is ready apart from a few roads near the stadium which need surfacing.
Fortaleza is a ramshackle, grubby place but its stadium looks magnificent. I asked the taxi driver if he would be going to any of the matches but he said he couldn’t afford to do so. A shame because no doubt many of the matches will be played before half empty stadia.
The drver then took us to his home to introduce us to his wife and 3 month old baby. The flat was sparcely furnished but a large flat screen TV took pride of place! Then it was off to the beach. A wide expanse of beautiful sand stretching for several miles. Fortaleza may one day sell itself as a tourist resort, but it has some way to go before it can make such a claim. It needs to clean up it’s act.
Everyone appeared to be pleased to be back aboard the ship after their day ashore. Home sweet home!
Share: