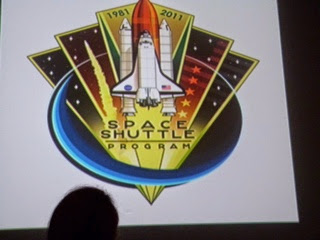 It is not often that you get to shake hands with two astronauts in one day.  Well I did it yesterday and today in the Lido Restaurant. 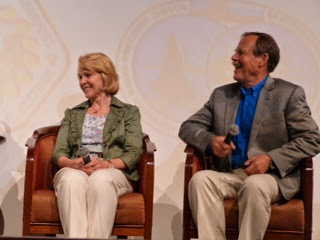 Captain Robert “Hoot” Gibson and Dr Rhea Seddon were guest speakers on the ship on the segment from San Francisco to Fort Lauderdale.  When the list of speakers was circulated I thought it odd that 2 of the 5 speakers were former astronauts. I then found out that they are married to each other! 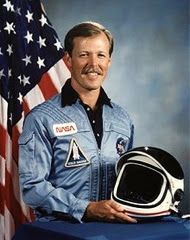 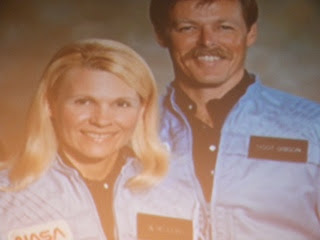 They met when they were both selected for the first Space Shuttle Astronaut program in 1978. A class of 35.  They married in 1981 and between them flew in 8 space flights. Hoot Gibson flew 5 and was Mission Commander on 4 of those flights. Dr Rhea flew on 3 space flights and was one of the first 6 women to be selected for the Astronaut Program.  She was with NASA for 19 years. 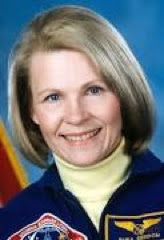 Hoot Gibson had been a fighter pilot, attended the Navy Fighter Weapons School “Topgun” and the Navy Test Pilot School before being selected as an astronaut. 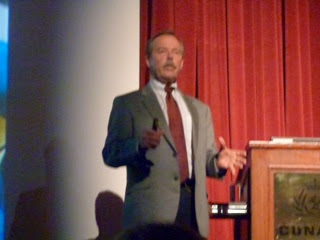 It was not surprising that he became a fighter pilot.  He revealed that both his parents were pilots and that his mother had decided, when at University, that she wanted to learn to fly, so she and 2 girlfriends clubbed together and bought a plane!
Hoot’s final space flight was the first mission to rendezvous and dock with the Russian Space Station Mir.  He went on to even greater things with NASA and was Chief of the Astronaut Office.
After 19 years with NASA, Dr Rhea became a Medical Officer in Nashville, Tennessee and then a Professor at Vanderbilt University School of Medicine. 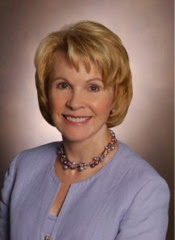 They have 4 children, two of whom were born during the time that they were both astronauts.
They spoke in the Royal Court Theatre separately on different days and were both inspirational. They both spoke without a note and had exceptional powerpoint presentations. Plenty of film and brilliant photos they had taken from space. They were very modest and humourous and today, together, they spoke to a packed theatre, in a Q & A session.
Share: